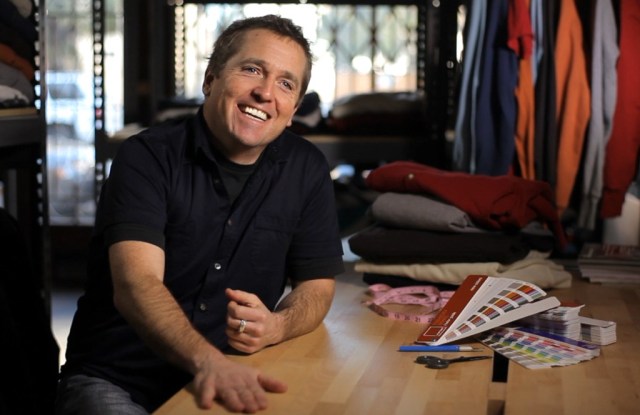 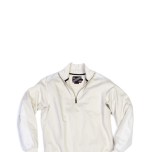 Bayard Winthrop wasn’t buying the notion that American-made apparel had to be either expensive or shoddy to have a shot at success. E-commerce gave him a means to disprove the premise.

His new men’s sportswear venture, American Giant, launched earlier this month at american-giant.com with a tight, basic assortment — cotton sweatshirts in five silhouettes and between four and seven colors in S-M-L-XL sizing and at prices ranging from $59 to $89. No trim. No lettering across the front. And no imports, either.

“I always considered ‘high price or poor quality’ a false choice,” said Winthrop, a former investment banker who was previously the president and principal of Chrome, the accessories firm. “One of the reasons that so many great U.S. brands have been moving overseas is that they’ve been stuck in an outdated distribution model. Corners were being cut to protect margins.”

Typically, he noted, a product made in the Far East might cost $20 but, after wholesale and retail markup, wind up selling for $100 before being marked down. Winthrop wanted to “reset the paradigm” by having the product made — and well — in the U.S. and then selling it to consumers over a Web site.

Seeking investors for the idea, he was directed to Donald Kendall, the nonagenarian who headed PepsiCo as chief executive officer and orchestrated Pepsi Cola’s 1965 merger with Frito Lay on his way to the ceo post, from which he retired in 1986. Winthrop’s business plan appealed to Kendall on several levels, moving him to provide the initial investment of slightly less than $5 million that the young executive was attempting to raise for his start-up.

“I’ve always been interested in disruptive business models, and I believe this is one,” Kendall said in an e-mail to WWD. “American Giant understands that there is a fundamental shift under way in terms of supporting American industry and refocusing on quality. The direct-to-consumer-online business model is what makes it possible to deliver a better quality-value product made here in America.”

Kendall has had experience with apparel and accessories companies, both at PepsiCo and since, and is a firm believer that “great-quality products and customer service” are the building blocks to brand success. “The apparel category has suffered from inefficient and outdated distribution models that leave lots of room for cost savings,” he said. “If you redeploy those savings back into product and customer service, you create real opportunity, no matter what sector.”

American Giant certainly is following those guidelines. This week, Winthrop was coping with a launch that had moved “way beyond our expectations” and was marking the occasion not with a Champagne toast but with what he described as “good company bonding,” as he and his staff of 10 were pitching in on shipping the product. They’re working against expectations of about $1 million in first-year sales as they prepare to expand the line into T-shirts, jackets and other tops in the coming months.

Although Kendall wasn’t on the front lines to help with shipping, the esprit de corps appealed to him. “I love working with start-ups and the opportunity to work with young people who are excited about what they’re doing,” he said. “I look for great management teams that have an inherent understanding of and belief in product quality and who want to get to know their customer. I look for long-term commitment to brand building and customer loyalty. Those things take time, but the payoffs usually justify the wait.”

For Winthrop and Kendall, some of the reward could come in the form of confirmation of their mutual belief that American-made products can, in Kendall’s words, “meet or exceed quality and value expectations [and] build long-term loyalty. If American manufacturers can do that, I believe they will find customers eager to support them. American-made products in the apparel space tended to be priced only for the wealthy consumer. I believe the real opportunity is delivering on that promise for the mainstream consumer.”

American Giant’s products are being produced close to its San Francisco offices, at SFO Apparel in Brisbane, Calif., which employs about 150 sewers. Winthrop would eventually like to supplement that production with some in-house manufacturing but has no timetable for such a move.

Even a quarter-century after his retirement, Kendall continues to wear a suit every day, “but you’ll also find me in an American Giant sweatshirt during my morning workouts or on the weekends.”

The snap cardigan is his favorite.