Retail’s first-quarter fever might have finally broken — or at least eased somewhat.

Wal-Mart Stores Inc., Ross Stores Inc. and Gap Inc. all posted results that showed at least some signs of stability, something retail has been desperately lacking as mall traffic slips, shoppers turn their focus from fashion to experiences and Amazon gains ever-more market share.

The results, which were greeted by investors with stock market gains, comes after a week that featured a nearly unbroken string of strained, very strained or downright awful first-quarter reports from department and specialty stores.

But that brief respite doesn’t necessarily signal better times ahead.

The more positive read on the market came from the world’s largest retailer, an off-price stalwart and a resurgent specialty store juggernaut, all of which were expected, or hoped, to fare relatively well.

And for every sign of strength, there seemed to be multiple signs of weakness elsewhere in the market.

The starkest came from Ascena Retail Group Inc. The 4,900-door retailer cut its forecast and warned late Wednesday that operating conditions would “remain challenging for the next 12 to 24 months.” Investors reacted by sending the stock down 27 percent to $2.07 on Thursday, leaving the firm with a market capitalization of just $395.9 million. Bon-Ton Stores Inc. also continued to suffer the woes of a department store and saw its stock slip 2.1 percent to 69 cents on Thursday.

L Brands Inc.’s sales showed the continuing strain of its move last year to exit swim and apparel, but the intimate apparel and beauty retailer promised better times ahead. Investors generally accepted that pledge and pushed the stock up 2.7 percent to $49.69.

Much of the debate around the future of fashion has centered around how companies can work with, compete against or otherwise get around the multibillion-dollar e-commerce machine that is Amazon. 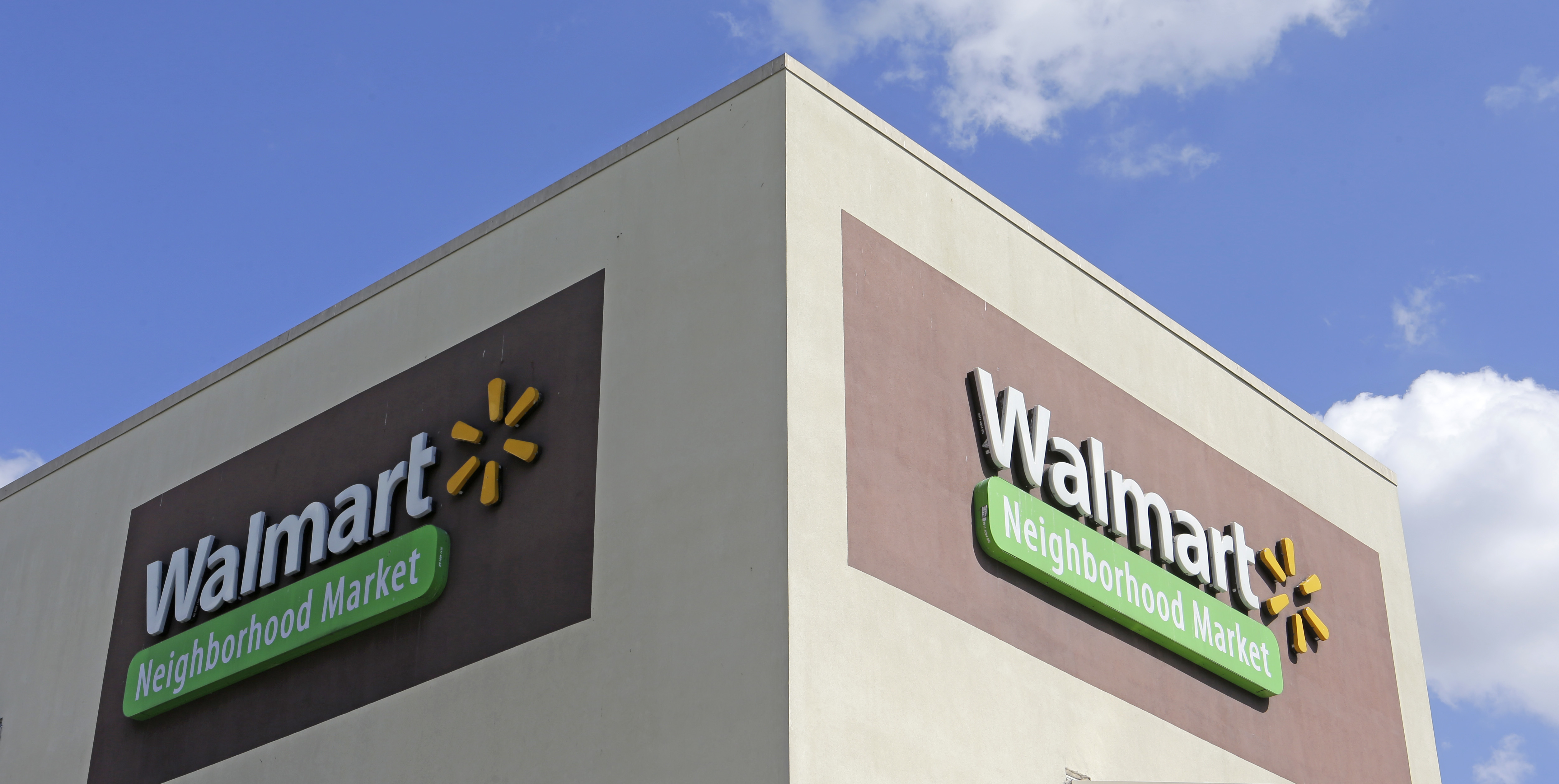 The retailer bested analyst expectations by delivering solid results for the first quarter ended April 30, although profits declined 1.3 percent to $3.03 billion due to an increase in tax rate. Earnings per share, however, rose to $1 from 98 cents a year earlier, topping the 96 cents projected by analysts. Net sales increased 1.4 percent to $117.5 billion, from $115.9 billion in the 2017 first quarter.

The majority of the growth was organic, the company said, occurring through walmart.com.

“We like the traction at Wal-Mart U.S. e-commerce,” the ceo said and, in a reference to Amazon’s $99 a year Prime membership for unlimited free shipping, added, “We made changes to the shipping terms, there’s no more fee to get free shipping and we’re offering pick-up discounts on non-store items that are shipped to stores. It saves customers money on their orders. Walmart.com now has 50 million first- and third-party items compared to 10 million at this time last year.

McMillon noted that Wal-Mart is “gaining critical category expertise in higher-margin areas like shoes and apparel. We’re not planning to buy our way to success. The acquisitions are helping us speed some things up.”

Spearheading the effort is Marc Lore, founder of Jet.com, which Wal-Mart bought in a $3 billion-plus deal last year that has spurred on a number of acquisitions.

Wal-Mart, of course, lives at the lower end of the market, which has been an area of strength for other retailers as well. Rival Target Corp. on Wednesday also reported better-than-expected results. 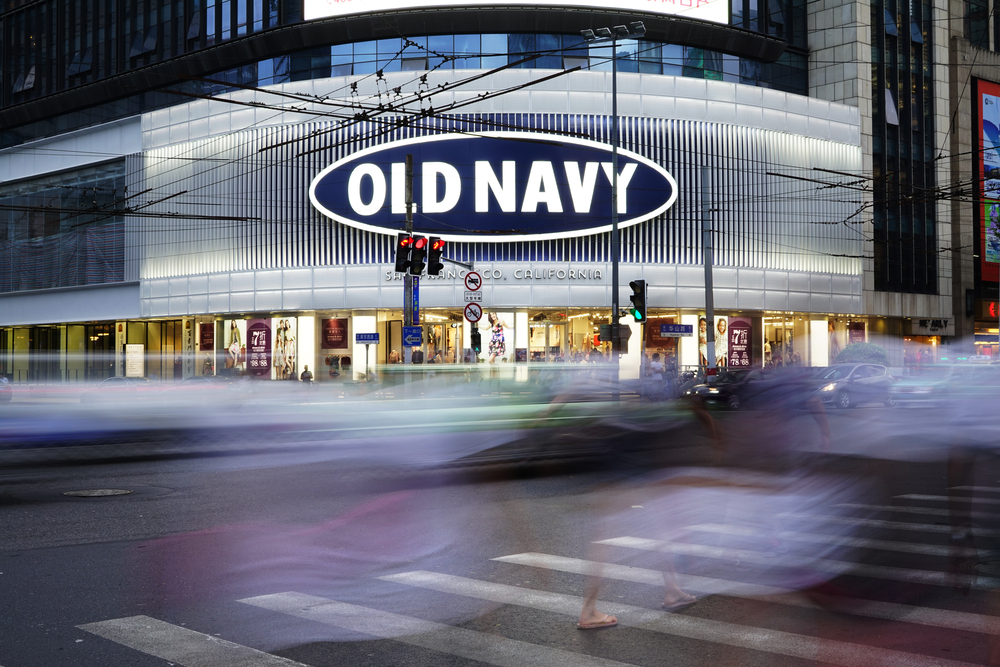 Gap was buoyed by its Old Navy division and posted a better-than-expected 12.6 percent increase in first-quarter net income to $143 million. Diluted earnings per share of 36 cents compared with 32 cents a year earlier. Sales in the period ended April 29 were flat at $3.4 billion, though comparable sales were up 2 percent.

The San Francisco-based specialty retailer also reaffirmed its full-year diluted earnings-per-share guidance to be in the range of $1.95 to $2.05. The company continues to expect comps for fiscal year 2017 to be flat to up slightly.

“We are pleased with our positive comp and earnings growth this quarter,” said Art Peck, president and ceo. “We’ve made substantial improvements in product quality and fit, and our increasing responsive capabilities are enabling us to better react to trends and demand.

“While the retail environment continues to be challenging, we are focused on delivering the best possible product and customer experience, and our ability to leverage a portfolio of iconic brands and operating scale uniquely positions the company for long-term growth.”

At Ross Stores, the power of the off-price model in the current market was on full display.

The firm posted net earnings of $321 million for the first quarter, up from $291 million a year ago, on sales that grew to $3.3 billion, a 7 percent increase over last year. Comparable store grew by 3 percent.

Diluted earnings per share also came in at 82 cents compared with 73 cents in the first quarter of 2016.

Ross is one of very few retailers to come out of the first months in 2017 in a better position than last year. Off-price competitor TJX Stores is another, but the larger operator tallied more marginal growth.

The positive first quarter comes after Ross saw annual earnings grow by 10 percent in 2016, hitting $1.1 billion, and said in March that it’s moving ahead with plans to open 90 new locations this year, comprised of 70 Ross stores and 20 Dd’s Discounts stores.

Long-term, the company plans to operate 2,000 Ross locations and 500 Dd’s throughout the U.S. There are currently 1,561 stores in operation in 37 states.

Looking ahead to the second quarter, which goes through the end of June, Rentler expects the company’s comp-store sales to grow between 1 percent to 2 percent, compared to a 4 percent gain last year.

Ross also projected earnings per share to hit as much as 76 cents, up from 71 cents during last year’s second quarter. For the full year, earnings should come in between $3.07 to $3.17, compared to last year’s $2.83.

On the losing end was Bon-Ton, which is seeking to reverse its string of losses and declining sales by intensifying its localization strategy this year and hoping to benefit as competitors close stores.

The strategy is called “Close to Home” and it involves selling products from small local makers. “We will continue to grow Close to Home with expansion to 100 doors by fall and 175 by year-end,” Bufano said during a conference call Thursday with investors, after the company reported a disappointing first quarter.

For Bufano, it’s been a challenging three years at the helm, though the company was losing money before she arrived from Belk.

Earlier this month the ceo said she will resign on Aug. 25 and turn the reins over to William Tracy, chief operating officer. During Thursday’s call, Bufano said it was her decision not to renew her contract and that she believes she “laid the foundation for future progress” including introducing new brands and expanding existing vendor relationships.