It's the 10-year-old brand's second store. 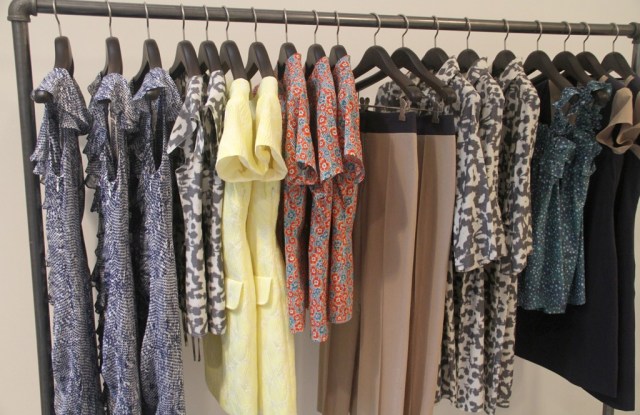 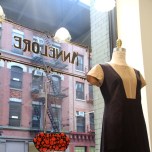 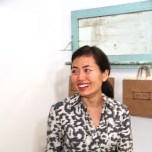 Cho, who launched Annelore 10 years ago in a 400-square-foot space at 636 Hudson Street in the West Village, admitted the brand could be bigger if she weren’t so uncompromising. She insists on precision tailoring and has a rigorous attention to detail. Cho is adamant about producing Annelore in the Garment Center rather than manufacturing overseas to save money. “I never understood how you can oversee the quality and fit of your garments from halfway around the world,” she said. “I’m not big on FedEx and e-mails. I need to be able to pinch out a half-inch at the hem with my own fingers. I’m old school.”

Also old school is Jean Wnuck, Cho’s 87-year-old patternmaker, who works in an atelier adjacent to the new store. A large vintage glass door allows shoppers to watch Wnuck tracing, cutting and sewing. “Jean has been with me since the beginning,” said Cho.

The designer, who likes juxtaposing men’s wear fabrics with feminine designs, has patiently built a loyal client base that includes Gretchen Mol and Keri Russell.

For spring, Cho designed a gray and white ikat-print dress with a band of orange on the shoulders and neckline, $538. “I saw an orange safety cone on the street and loved the color,” she said. “I put just a little bit of it on this dress.” Two-in-one garments such as a beige coat with navy lapels and navy belt that reverses into navy and beige, $750, gives customers more value, said Cho, who designs her own prints each season. A peasant blouse with an original print is $350, a belted khaki A-line skirt, $365.

Cho keeps Annelore tight at 30 pieces because “smart women don’t buy much more than that in a season,” she said. “Simple chic is the way you want to dress. It’s all about the fit, cut and luxe fabric.”

Besides fashion, Cho finds items to sell at Annelore that she herself loves, such as Venetian change purses hand-painted with gold, $80, boxed sets of Fragonard fragrance, enamel hair clips with painterly designs and vintage jewelry.

Cho and her husband, Craig Koketsu, the chef at Hurricane Club, Quality Meats and Park Avenue, decorated the TriBeCa space together. The store has a serene quality with light gray oak floors, white walls and dressing room doors salvaged from an old Andy Warhol studio. The furnishings are a mixture of vintage Danish rosewood, industrial steel and chrome. Interconnected yellow chairs look like they were salvaged from a bus terminal.

Cho majored in mass communications at the University of California, Berkeley, intending to study journalism at Columbia University afterwards. When she visited a friend who was attending Parson’s School of Design, she became intrigued by fashion and enrolled at the Fashion Institute of Technology.

Louis Boston has been selling Annelore since the beginning, but Cho isn’t eager to expand her distribution on a mass level. “My line is intended for high-end specialty boutiques that will appreciate the details and heart that goes into the clothes.”

Nor is she eager to enlist investors to fund her expansion. “That why it’s taken me 10 years,” she said. “I have full control and I don’t have to sell out.”