More apparel companies are starting to turn out shoes.

Several apparel companies are moving into the footwear market.

The turf wars continue in the land of ath-leisure.

Nike, Adidas and Under Armour — brands that have long been known for selling sneakers to men — are rolling out expansion plans in the apparel market, mostly targeting women.

But some of the hottest apparel players are taking their offensive to a new playing field and staking out territory in footwear.

Within the last year Canada Goose, Lululemon and Everlane have laid out plans for a footwear collection under their own brands. Last week, Columbia Sportswear said it was doing the same, growing its footwear selection to include a year-round assortment.

“Expansion into new categories without straying too far from the root provides a tried-and-true path to growth,” Marshal Cohen, chief industry adviser for the NPD Group, told WWD. “Reaching a customer that is a loyal outerwear or athletic wear user makes for introducing them to footwear an easy transition, as well as a believable one.”

Right now, both apparel and footwear have market share up for grabs — but footwear might have more.

The international footwear category, including everything sneakers and sandals to dress shoes and high heels, is still noticeably smaller than the worldwide apparel market. Apparel was valued at more than $1.4 trillion last year, while footwear tipped the scales at just over $368 billion, according to market research firm Euromonitor International. Footwear also grew by 5.2 percent last year while apparel expanded by 4.6 percent.

Footwear can be harder to make, but the rewards could make the effort worth it.

“Anyone can make a T-shirt, but there’s a technical knowledge that makes creating footwear something that you and I simply can’t do overnight,” said Simeon Siegel, senior equity analyst at Nomura Instinet. “If everyone in the world can create apparel, it just becomes harder to take a critical mass of apparel share. Whereas, if you’re really good at creating footwear you have less competition.” 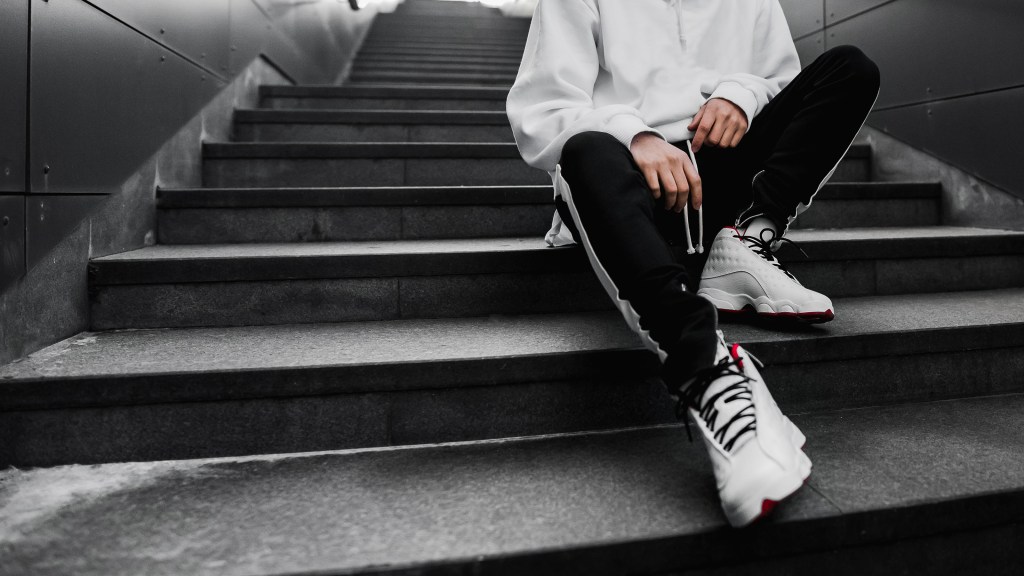 Meanwhile, Siegel pointed out that footwear margins are actually lower than apparel. But since well-designed footwear is difficult to execute, consumers will recognize it when they see it and likely pay more.

“Demanding R&D and technical know-how means there is margin to be had,” Siegel said. “The trick is, if you can use your footwear expertise to be able to command higher price points on apparel, that’s the holy grail.”

He pointed to a brand like Nike, which has limited-edition sneaker drops at premium prices, sometimes upwards of $300. But, despite the higher price points, consumers can’t get enough of the well-constructed shoes. And the expertise in athletic footwear allows Nike to sell athletic apparel at higher price points.

It’s a formula that works both ways. That could be why brands like Canada Goose, famous for selling out of its $1,000 parkas almost every season, are taking their time to roll out the best possible product.

In the case of Canada Goose, the company revealed its intentions to enter the footwear category last fall when it acquired winter-boot company Baffin.

“I believe this is the right move for us to be able to start exploring the category and look to ultimately launch Canada Goose footwear,” said Dani Reiss, the company’s president and chief executive officer, told analysts in November.

He called footwear “a super exciting category,” but added that it’s a distinctly different business than apparel.

“We just don’t want a pair of boots that don’t work with our logo on it, we want best-in-class production,” Reiss said to WWD at the time. 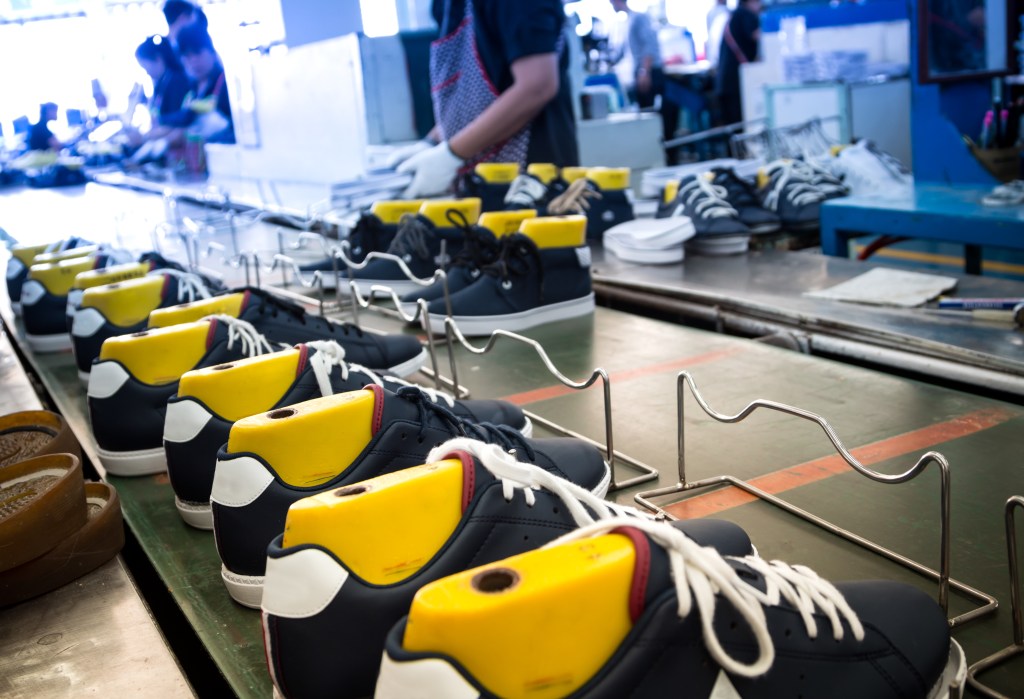 The fast-growing casual athletic footwear market also happens to be one Lululemon is moving in on.

The company recently laid out an ambitious five-year growth strategy, which includes an expansion on many fronts, from men’s wear to fashion to self-care. Footwear was just one goal. Still, an extended line of shoes is no small thing for the firm, which is best known for selling $100 women’s yoga pants.

“I don’t want to say too much on footwear,” Lululemon ceo Calvin McDonald told analysts during the company’s Analyst Day in New York this April. Lululemon has worked in the past with Athletic Propulsion Labs on footwear and picked up thing or two. “We learned a lot through the [prior test] collaboration and the partnership. We learned that, as I said, guests are engaged in the category within our environment. We learned that we can showroom footwear and do well in terms of sales and performance, and we believe we have identified an opportunity that will be unique to us and unique within the marketplace.”

Beth Goldstein, executive director of accessories and footwear at the NPD Group, emphasized, however, that it might take some time for a brand known for one thing — in Lululemon’s case its activewear — to really break through in the footwear market.

“Especially if [Lululemon is] looking at the performance categories right off the bat,” Goldstein said. “Brands that tend to move from being really well-known for one specific thing, moving into another category, tend to sometimes have a bit of difficulty.

“We see that within footwear as well; brands that get pigeonholed into being one category,” Goldstein continued. “Take Ugg a few years ago. They finally figured out the solution and become an all-year-round multicategory footwear brand. But it took a while to do that.” 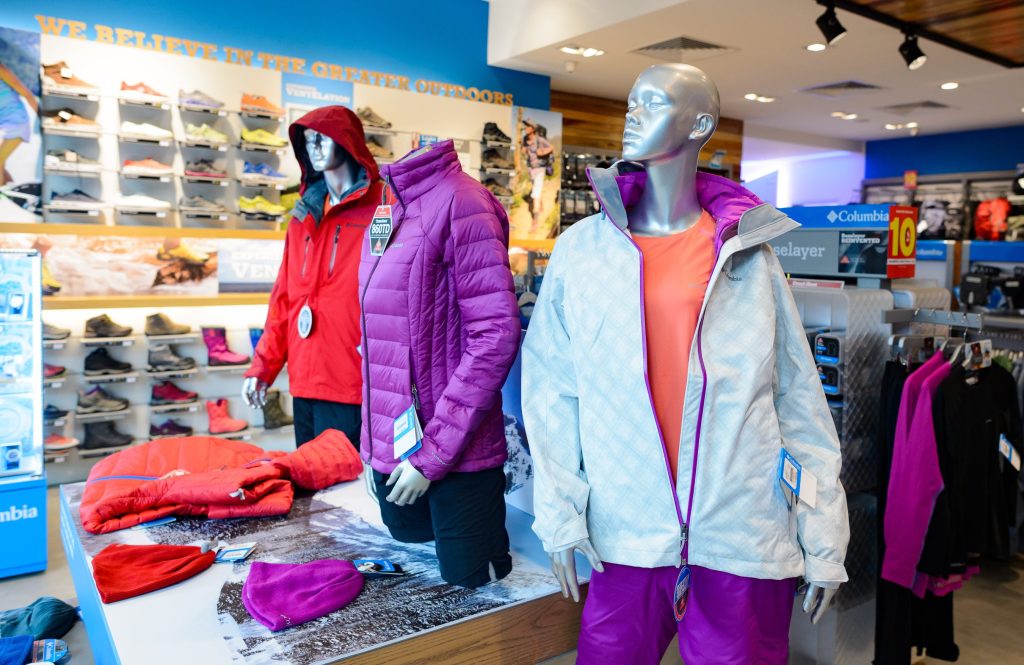 Columbia Sportswear, known for its assortment of outerwear apparel, is moving into warm-weather and fashion footwear.  Shutterstock / Sorbis

Even so, other brands are getting in on the action. Ready-to-wear apparel maker Everlane dropped its first sneaker collection in April called Tread By Everlane.

And Columbia Sportswear, which has long been making shoes, is further positioning itself as a footwear maker. The current selection of shoes, which makes up about 20 percent of Columbia Sportswear’s total sales globally and includes brands like Sorel, are the kind made for men scaling mountains in subthermal temperatures. But during the company’s conference call with analysts last week, Tim Boyle, president and ceo of Columbia Sportswear, told analysts that the retailer would extend its assortment to shoes made for warmer months, women and those meant to be worn for fashion.

“We’ve made big investments in people and design, talent and marketing in footwear, which has been an area, where we believe the commodity’s right for our special kind of innovation,” Boyle said of the company, which includes apparel and accessories maker Mountain Hardwear in the company’s portfolio. “Our goals over the next several years are going to be to really earn our spots [in footwear] by having highly differentiated products that reflect the company’s values and performance features and with the hope that we can do in footwear what we’ve done in apparel, which is develop innovative solutions that are ours to own.”

Boyle added that he expects Columbia Sportswear to grow the fastest in the U.S. footwear category, but also pointed out that there is significant opportunity for a year-round footwear expansion in places like China as well.

“We have customers who would like to buy [our] products globally,” he said. “We’re just now getting to the point where we can [make] that happen.”

One thing is certain, however, as the lines between apparel companies and footwear brands continue to blur, companies need to continue evolving to stay relevant.

“Everyone looks to expand in categories they don’t control, once they hit a critical mass of what they’re really good at,” Instinet’s Siegel said.