Archer Adams to Branch Out to U.S.

The former British rock band manager plans to open a store in New York this fall. 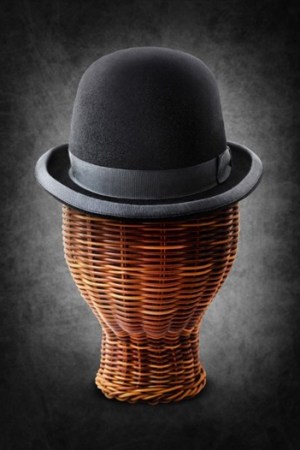 When Archer Adams lost his job as a manager of British rock bands, he found his destiny — fashion.

Adams, whose name conjures up supermarket brands of bread or a hard-boiled detective from Thirties films such as “The Thin Man,” had an epiphany when he “got fired by four 19-year-olds in a band. My biggest artist was Blue Cantrell [a beautiful chanteuse from Rhode Island]. I had been styling clothes and making clothes for myself and my clients for years. I thought it was a good reason to go into something I’d thought about doing for a long time. Since London is the home of men’s tailoring with Saville Row, I thought it was a fantastic place to be.”

Archer Adams, which operates one store in the Marylebone section of London, had sales of 350,000 British pounds, or $567,000, last year, its first year of trading. About 80 percent of the ready-to-wear collection is produced in the U.K. The balance is made in Italy and Poland and many items are limited editions. “We put a lot of detail into our clothes,” he said. “We use super high-quality English cloth, 100 percent silk for linings and our inside pockets have interesting stitching.”

Adams describes the collection as “rather dandyish.” For example, there’s a purple velvet crombie for 834 pounds, or $1,350.28; paisley shirts, 140 pounds, or $227, and chauffeur hats in bright colors, 234 pounds, or $379. “Some things we do we do because it’s fun to mix it up,” he said. “We’re adding a small ladies rtw collection of coats, jackets and blouses in the fall. We’ll do made-to-measure for women as we do for men. The business is divided equally between rtw and made-to-measure. I like men’s cloth and men’s tailoring for ladies.”

Adams plans to open a 650- to 1,500-square-foot store in New York in September. He’s also launching e-commerce in the U.S. His existing Web site, which gets customers from around the world, accounts for about 7 percent of total sales, small enough to allow Adams to have direct contact with consumers. “We’ve been selling online to people in Beijing,” he said. “One guy called to say he’d be interested in opening a franchise.” In addition to Manhattan, Archer is looking at real estate in Paris, Amsterdam and Brussels.

“We exceeded our expectations in the U.K. by doubling our sales every month for the first three months,” Adams said. “We thought, ‘Maybe we should try to replicate this.’ If we can have the same level of success in New York, we would certainly do more [U.S.] cities. Because I’m American, I think I understand the American market. I was born in Los Angeles and lived in Washington, D.C.,” where he was a reporter for the Washington Post. “I wrote myself on to the front page as a copy boy,” he said. After that, he worked as a lobbyist.

When asked to describe his target customer, Adams said, “It’s hard to say. I have Lord Boateng, [who served in former prime minister Tony Blair’s government], Baron Mandelson, [a politician in the Labor Party] and the members of Jonah and the Whales, a British rock band.”