The two-story, 8,000-square-foot space in Lippo Plaza on Huaihai Road is designed to be an experientially immersive store and is the first to offer product from the brand’s entire range of performance, lifestyle, and its advanced technical Veilance collections under one roof.

The opening brings the brand’s total store network in China to 30, of which seven are factory outlet stores. The high-end sports brand has more than 80 branded stores worldwide and is sold in 3,000 retail locations.

“Arc’teryx Alpha Center is our brand’s first global flagship store, and in designing this store, we wanted to create a shopping experience that was unique not only to our brand, but also to our customers as well,” said Megan Cheesbrough, vice president of retail, Arc’teryx. “As a brand, we want to encourage everyone to enjoy the outdoors, and with this in mind, we’ve decided to bring the outdoors in by incorporating the concept of hut-to-hut touring into our store design.”

These different huts, or areas, include a trianglular kaleidoscope LED screen displaying views of the sweeping Canadian mountain landscape, accompanied by the soothing sounds of nature: birds chirping, water running, wind blowing and leaves tumbling. There’s also a Gore-Tex hut that features a “rain room,” allowing customers to try on and water-test the technical functions of Gore-Tex product. Meanwhile, the Hardgoods hut includes a Via Ferrata climbing wall leading up to the second floor. Stationed on the second floor is the Brand hut, which houses a virtual reality module that changes seasonally, a community lounge and an events board.

The store is completely powered by renewable energy generated from a wind farm in China’s Guangxi province. 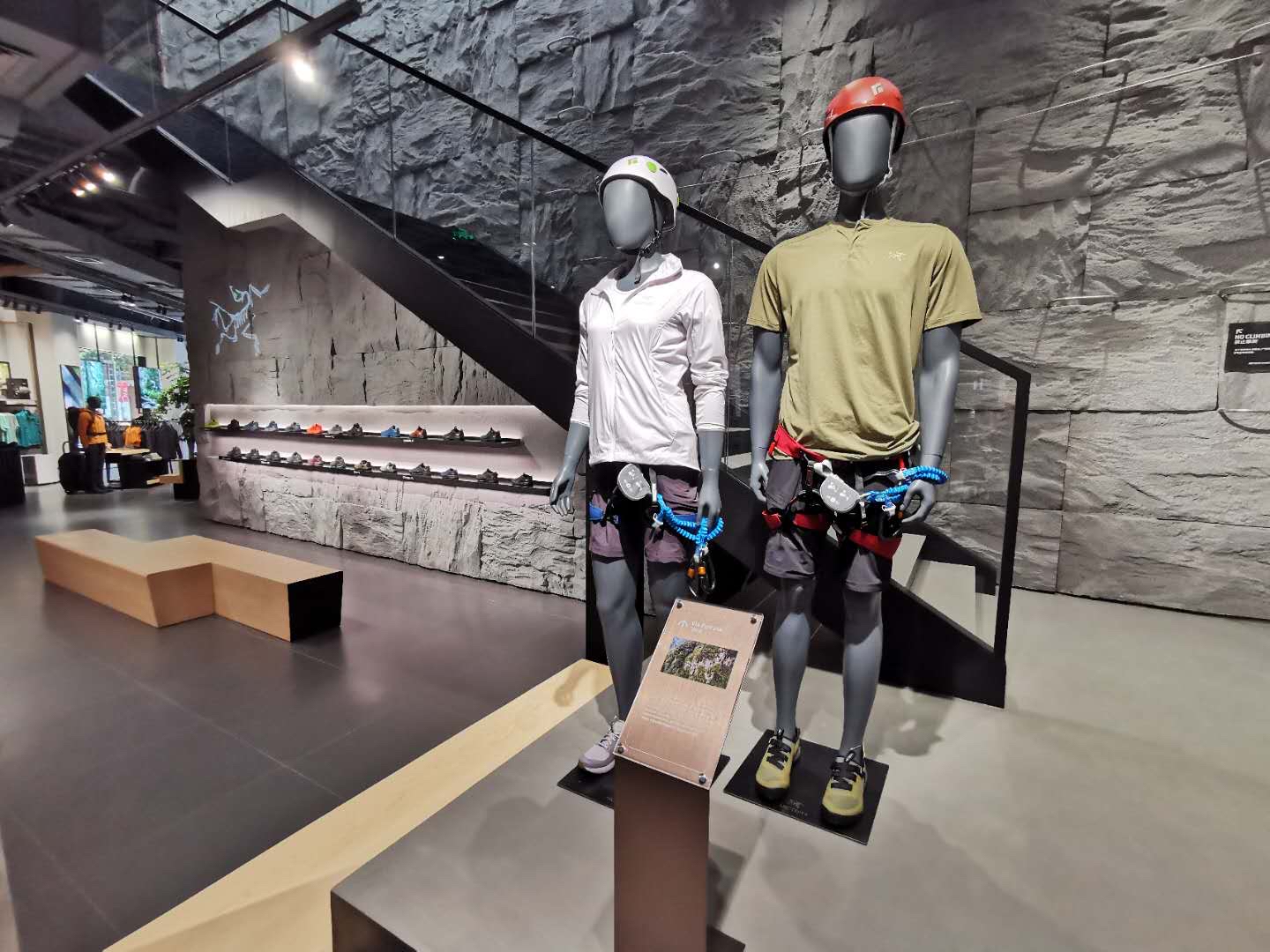 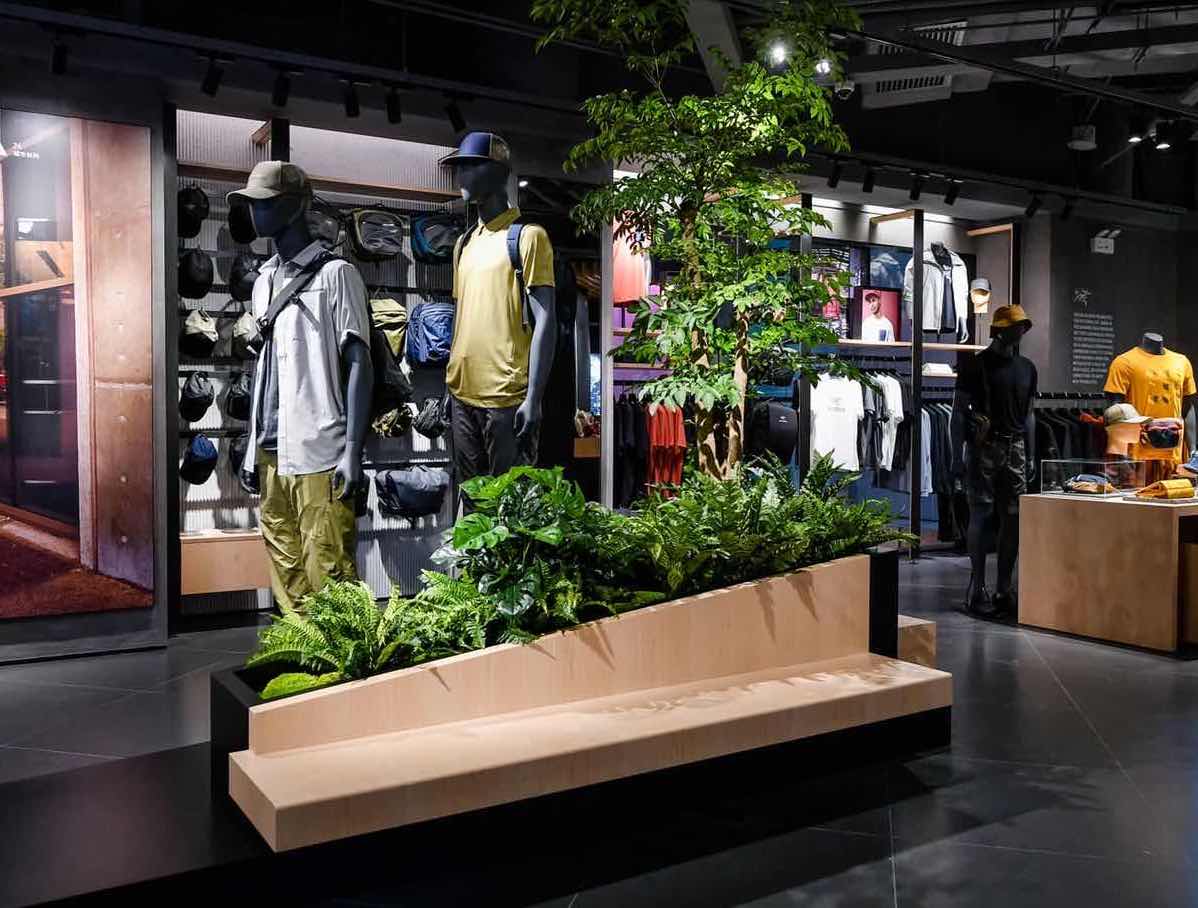 The big investment into the Chinese market is a reflection of growing appetite in the country for outdoor activities — the Beijing Winter Olympics 2022 is on the horizon and will see a big push from the government — and wellness overall, but also Arc’teryx’s Chinese investors.

Key changes were made to the senior management of Amer Sports last week. Heikki Takala, who served for 10 years as president and ceo of the group, announced his stepping down. James Zheng, currently group president of Anta Sports, will be taking over his responsibilities in addition to his existing duties at Anta. Zheng is joined at Amer Sports by Michael Hauge Sorensen as chief operating officer, a newly created role for the group.