Are brick-and-mortar stores inching back into expansion mode? 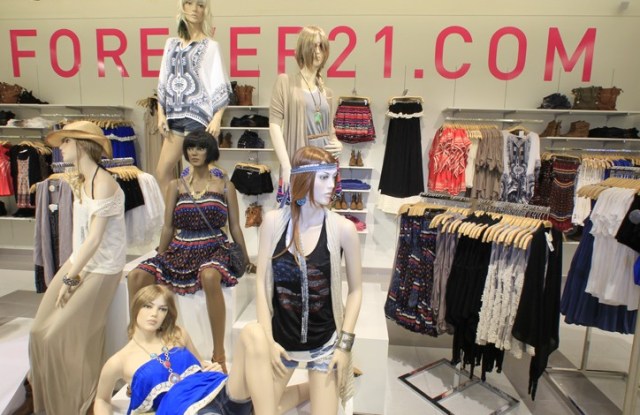 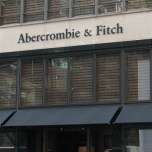 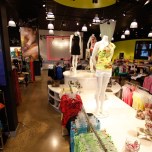 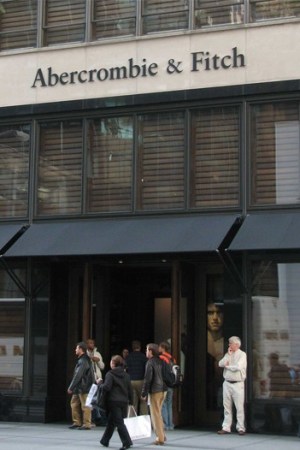 NEW YORK — Are brick-and-mortar stores inching back into expansion mode?

Traditional retailers have taken something of a beating over the last few years, battered by everything from the recession and the newly frugal masses to the growing popularity of e-commerce and mobile commerce. The downbeat economy caused many companies to rein in the opening of new stores following a boom in the early part of the Aughts that in some cases saw retailers add up to 100 units and more a year.

Now there are faint signs of a retail recovery — although still far from the glory days of yore. Lord & Taylor’s plan to open its first new full-price store in 30 years, in Yonkers, N.Y., bodes well for the industry. Other positive indicators include the dearth of available space for pop-up shops — a recession-era phenomenon that gave retailers the flexibility to rent month-to-month — due to more permanent leases being signed.

But for every upbeat trend there are caveats — accommodations to the postrecession economy and reminders that the free-spending days are still a thing of the past. For example, on the prime stretch of Madison Avenue last year there were 15 available stores. All were leased this year, albeit at lower rents. Retailers may be opening stores, but many of them are smaller than in the past, or existing stores are being carved up and downsized. Saks Inc. has shuttered underperforming units, while Charming Shoppes Inc. this year plans to close 100 to 120 Lane Bryant, Fashion Bug and Catherines units; The Jones Group said it would shut 165 stores, and Foot Locker Inc. closed 106 underproductive units after shuttering 179 in 2009.

Nonetheless, the mood at last week’s International Council of Shopping Centers Meeting and Deal Making here was upbeat — a far cry from the grim confab two years ago at the height of the recession. Retailers, who were noticeably absent during the last two ICSC conferences when they stayed away or held meetings in private, crowded the walkways between booths at the Hilton New York and Sheraton Hotel and Towers.

Glen Senk, chief executive officer of Urban Outfitters Inc., said the company is looking for real estate for all of its concepts. “The Urban brands are less than 50 percent penetrated with store locations in the USA,” he said, referring collectively to Urban Outfitters, Anthropologie, Free People, Leifsdottir and Terrain.

Nike in August launched a retail concept referred to as the New Generation store. Four units have been unveiled so far, and the company plans to open more, said Giovanni Scotti, director of real estate at Nike Inc. In addition, Converse, a wholly owned subsidiary of Nike, recently introduced its first store in Boston, followed by the Black Friday debut of a 7,000-square-foot flagship in SoHo here.

“We plan for five or six stores in 2011, on the street and in malls,” said Dave Powers, vice president of global retail. “[Ultimately], we could have a pretty sizable number. We plan to invest in retail and go forward with the U.S. rollout.”

Ken Mandelbaum, chairman and ceo of Big M Inc., which operates 117-unit Mandee and Annie Sez, said the company is ready to expand Afaze, its mall-based accessories chain for women in their 20s.

Lower-priced chains are apparently rebounding in this economy. Conway, the discounter known for huge bins of clothing sold at bargain-basement prices, is “looking for stores left and right,” said Benjamin Fox, a broker at Winick Realty.

There also has been an influx of international retailers to the U.S., said William Taubman, chief operating officer of Taubman Centers Inc. “Zara, H&M and All Saints continue to expand,” he said. Sources said Aritzia, a Vancouver import that features fashion, denim and accessories from labels such as A Moveable Feast, Cheap Monday and Earnest Sewn, is said to be opening a unit on Broadway and Prince Street in SoHo.

As for U.S. chains, Taubman said, “Forever 21 and Love Culture are looking to increase the size of their stores. But Gap and Abercrombie & Fitch have made it very clear that they want to selectively close some stores and downsize others.” At upscale Taubman properties such as the Mall at Short Hills in Short Hills, N.J., “luxury took a bigger hit than other areas, in general, so it tends to have a bigger recovery,” he said.

Even as they add stores, in this new economic reality retailers appear to have little tolerance for faltering concepts. The TJX Cos. Inc. is abandoning its A.J. Wright nameplate, shuttering 71 stores and converting the remaining 91 units to TJ Maxx, Marshalls or HomeGoods stores.

Retailers are being more analytic and scientific about opening stores. Joanne Podell, a retail broker at Cushman & Wakefield, said companies used to choose locations based on instinct. “Now they want the metrics,” she said. “Today there’s more information available. In the past, it was only available to malls. A national women’s specialty retailer with over 1,000 stores insisted on knowing what level of sales could be expected in a certain [street] location. That speaks to how seriously they’re taking this — all for one store.” Even a concept as heavily tested as Neiman Marcus’ Cusp, which launched in 2006, is not immune to close scrutiny. The jury is apparently still out on whether to roll out the specialty chain for contemporary apparel and accessories. Karen Katz, Neiman’s president and ceo, last week said a decision will be made in the next few months.

Andy Graiser, co-president of DJM Realty, which helps retailers evaluate, restructure and dispose of real estate, said some firms are raising the performance requirements of their stores. “I’ve seen some specialty stores say they’ll close any unit in a regional ‘A’ mall that’s not hitting $350,000 in sales per month,” he said. “Three years ago they wouldn’t have considered doing that.”

Then there is the credit issue. Banks still haven’t opened the lending spigot, so retailers are using other strategies to get stores built. According to Robert K. Futterman, founder of the real estate firm that bears his name, companies were accustomed to getting an easy “$1 million loan from their bank to open a new store [prior to 2008]. Tenants are now asking landlords to spend more money on their space. Tenants expect some sort of contribution from landlords. Prerecession space was leased ‘as is.’ ”

“It’s become a phenomenon,” said another broker. “And landlords are throwing a lot of money at tenants just to get spaces rented. The going rate is $25 to $35 per square foot for building improvements and/or what’s commonly known as HVAC [heating venting and air conditioning], which is a very big cost.”

While building improvement allowances have traditionally been associated with malls, potential tenants in New York City are trying to negotiate lower rents — and succeeding in some cases. “One of the things that spurred activity is the fact that rents have come down,” said Fox. Three exceptions to declining rents are SoHo, Fifth Avenue and Times Square.”

“There’s a disconnect between the bid and the ask in some deals,” Futterman said. “People are trying to be creative to make deals, but it’s still hard. The market still has a way to go to where rents are even lower for tenants to expand at a higher pace.” Manhattan and the other four boroughs of New York City are far from a reflection of the entire country, however. “New York is a cocoon,” he said. “It’s insulated from a lot of the trouble happening around the country.”

One of the few available retail spaces in Times Square is the ESPN Zone on the northeastern corner of 42nd Street and Broadway, a multilevel space. Third Avenue in Manhattan, from the 60s to 72nd Street, is in demand at $150 a square foot, down from $300 a square foot. Other notable vacancies include 75 Wall Street, while there are reports that Home Depot at 980 Third Avenue might exit, and real estate sources are keeping an eye on the rambling men’s clothing store Rothmans on the corner of 17th Street and Park Avenue.

Hard hit developers outside the city are looking for ways to jump-start their most viable projects. “It’s going to be a few years before we start putting shovels in the ground for [new] development or major expansions,” said Randy Brant, executive vice president of real estate at Macerich. “It’s probably three or four years away.”

Macerich-owned Westcor last year had eight retail projects in development in Goodyear, Surprise and Scottsdale, Ariz. Westcor called off groundbreaking for two. “At one time we were bragging about all the housing starts [in Arizona],” Brant said. “One thing about this market, I know it will come back.”

Related Cos. was also burned in Arizona. Its highly touted CityNorth in North Phoenix boasted luxury housing, restaurants, upscale boutiques and, in its second phase, the area’s first Bloomingdale’s. CityNorth went into foreclosure in December 2009. “It was, unfortunately, a perfect storm,” said Webber Hudson, executive vice president of Related Urban. “We no longer own that. We had to move on. After first phase was leased, the credit market fell out from under us. I continue to hear that the [Arizona] housing market is flat on its back. A lot of America is still really hurting.

“We’ve got a bit of a pipeline of other projects,” Hudson continued. “We’ve delayed some, and others we’re beginning to work on a lot harder.” Hudson Yards on Manhattan’s West Side is a project Related would like to see to fruition. The company has development rights to the area of Manhattan bounded by West 42nd and 43rd Streets, 7th and 8th Avenues, West 28th and 30th Streets and Hudson River Park. A joint project between the city and state of New York and the Metropolitan Transit Authority, it will have 500,000 square feet of retail. Hudson said an opening date five years from now seems realistic. “We’re looking at designs for Hudson Yards and engaged in some key conversations [with retailers],” he said.

A few new mall projects are slowly starting to stir, but developers said it’s hard to get retailers, especially anchors, to commit. “Retailers are still holding back and being very cautious,” said Lon Rubackin, managing partner of GFI Retail Group. “I’ve been working on a retail project in Norwalk, Conn., for a long time. There was a lot of interest from Bloomingdale’s and Nordstrom, but it’s hard to get a development partner. A lot of companies cut back their development groups and might not have the man power. Retailers have questions about financing and whether a developer can it pull [the project] off.” Refinancing an existing shopping center in order to fund the building of a new one is not an option. “The problem,” he said, “is how do you refinance retail centers that have gone down in value?”