Canadian retailer Aritzia is continuing its methodical expansion in the U.S. 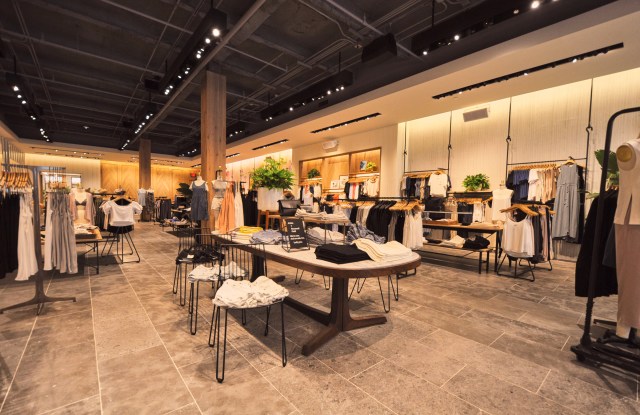 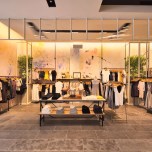 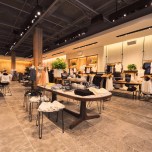 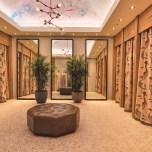 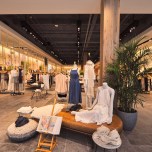 Canada’s Aritzia doesn’t usually shout about its prices or dress up its stores in flashy trappings. Rather, units are designed to convey a casual, lounge-like atmosphere.

The $550 million retailer may have slid into the U.S. under the radar in 2007, but it’s steadily built a successful business with proprietary brands such as Wilfred, Babaton and Le Fou by Wilfred, which are augmented by third-party collections in categories that Aritzia’s exclusive labels don’t provide, such as denim.

“It’s a top-performing, large super-regional center that draws a wide range of customers from all over Long Island,” Oliver Walsh, chief marketing officer of Aritzia, said of Roosevelt Field. “It has a strong list of high-performing retailers. It was a natural progression outside of Manhattan.”

Aritzia operates 76 stores across North America in cities such as Vancouver, Toronto, Chicago and San Francisco. The retailer’s 18 stores in the U.S. include three units in Manhattan — in the Flatiron District, SoHo and Rockefeller Center.

In addition to Wilfred, Babaton and Le Fou by Wilfred, other private brands sold at the Roosevelt Field store include 1-01 Babaton, Wilfred Free, TNA, Community, Golden by TNA, Parklife, Talula and Auxilary.

“It’s a similar mix to our Aritzia stores on the East Coast, focusing on our fashion brands,” Walsh said.

“Attention to detail is one of our most important values, and it is reflected in the materials, fixtures, finishings, custom artwork and designer furniture selected for each of our unique locations,” Walsh said.

While every Aritzia store is designed to be unique, the Roosevelt Field unit features a number of anchoring design elements delineating the collections. It has an open feeling with an exposed ceiling, rustic wood columns and blond herringbone wood raised panels.

“Our goal is to create places for rich, memorable, human experiences — something we believe people crave today more than ever before,” Walsh said. “The Roosevelt Field unit features a basket-arch storefront, art and sculptures, as well as a reading lounge area.”

Walsh declined to discuss specifics of future store openings saying, “Our goal is to continue expansion across North America in the U.S. and in Canada in new, untapped territories.”

The company plans to open three stores in Canada and one in the U.S. by the end of the year.

“We recently opened a store in Boston at the Prudential Center and expanded our flagship on Robson Street in Vancouver and at Metrotown,” Walsh said. “We have several more projects in the pipeline.”

Aritzia is highlighting its private brands. The first Babaton boutique will open at Eaton Center in Toronto in late fall. Aritzia in 2014 opened a freestanding store for Wilfred on Robson Street in Vancouver adjacent to an existing Aritzia location.