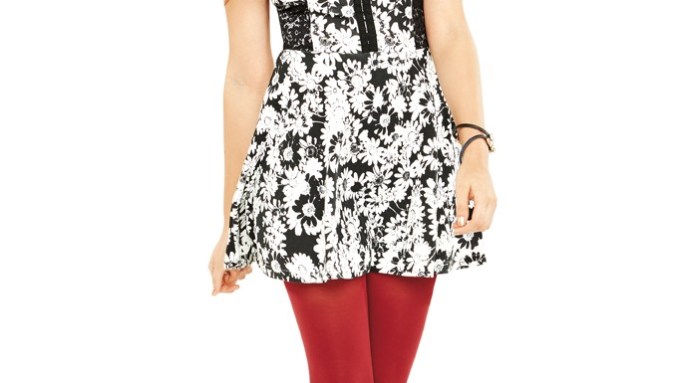 Aéropostale is stepping up its fight to reverse its negative performance and win over teens.

On Sunday, the chain will launch The Bethany Mota Collection in all its stores and on aeropostale.com, partnering with the 18-year-old social media celebrity on a holiday line.

Aéropostale is waging a tough battle. Across the industry, mall traffic is down, discounting is rampant and teens seemed turned off by much of what’s offered at specialty chains. Aéropostale has been under pressure to consider selling itself, and recently adopted a poison pill.

The retailer’s turnaround efforts have yet to bear fruit, though officials contend that the reengineered merchandise has only been on the shelves for three-and-a-half months and that the process of making customers aware of the changes is also new. The company had a $25.6 million loss and a 15.1 percent sales decline in the third quarter.

“What we really have done is gotten to know our customer. We believe what will make us successful is to offer exclusive and differentiated merchandise,” said Emilia Fabricant, executive vice president at Aéropostale. “It’s about giving the teenager something she can’t get somewhere else — giving relevant product.”

The reason Bethany Mota is important, Fabricant added, is because she is “an influencer” in the teenage world. “She’s a YouTube and social media sensation with exceptional taste and style. There are a lot of celebrity collections out there, but Bethany is truly self made and already an Aero customer.”

Fabricant described the 28-piece Bethany Mota collection as “appropriate for wear-now and go-forward,” adding, “It’s holiday dress that’s fun, flirty, for hanging out with friends to go to the movies or for Christmas dinner. It’s not about velvet and lace. It’s a big launch. Every piece was personally designed by Bethany based on her style and what her fans like.”

Mota has been busy in cyberspace styling and curating outfits, even do-it-yourself costumes, and teaching girls how to apply makeup. She has no formal design training. Yet for her Aéropostale collection, “she’s the vision,” Fabricant said. “She is providing the colors, prints, concepts and input on how the garments fit. She really does have a hand in all of it.” Asked if Bethany Mota collections beyond holiday are in the works, Fabricant replied, “We are not going to get specific on that.”

“I definitely infused my personal style into each piece, but I am a teenager, so my style changes all the time,” Mota said. “My viewers had a lot to do with the designs too. They are always tweeting me photos of what they’re wearing and what they like.”

Fabricant said it only took three months to get the Bethany Mota Collection designed, developed and shipped to the stores. “Operationally, we’ve worked very hard on becoming faster and more efficient and we’ve done a very good job,” Fabricant said. Already from the reengineering, “We’ve learned so much. We have been able to effect a lot of the go-forward product.”

Aéropostale said Mota has three million YouTube subscribers, 938,000 Twitter followers and 1.6 million Instagram followers, and that she has been involved in social media since she was 13.

Fabricant said Aéropostale has “amped up” its social media engagement and has 9.4 million Facebook fans and 450,000 Instagram fans. “The engagement factor is really strong. The content we put out there the customer is relating to. Instead of just a promotion, we are giving them information, things that would interest them, monthly looks, how we are styling things.”