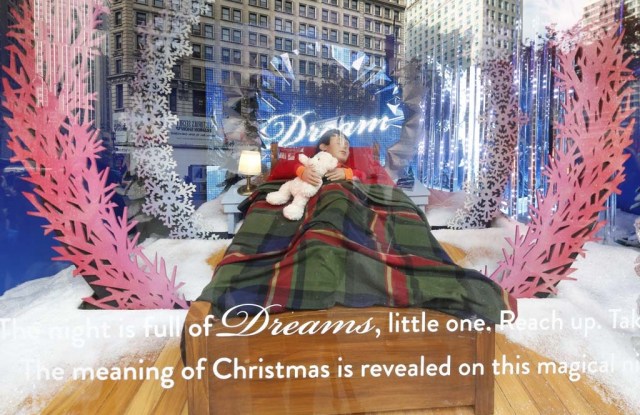 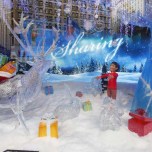 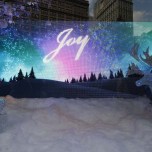 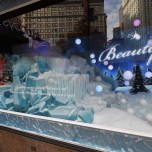 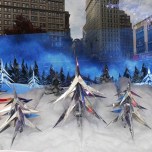 Around the world in holiday windows.

The happy tale of a little boy’s dreams of a crystal forest made of ice and jewels, where he finds beauty, joy, magic and presents, are fulfilled at Macy’s.

A kinder, gentler race of abominable snowmen, the Yeti have taken up in Saks Fifth Avenue’s windows, where a young Yeti sets out to make snowflakes.

Meanwhile, time is of the essence at Galeries Lafayette. Windows feature stopwatches and cuckoo clocks with small figures dancing on top of them.

Printemps in Paris has decked its halls with Prada. Teddy bears dance on a gingerbread house and hoist shoes with red ropes in a designer extravaganza.

Harrods went for seductive intrigue with the Harrods Christmas Express, a train that recalls the heyday of rail travel with stylish passengers, luxurious compartments and elegant dining cars.

Finally, Harvey Nichols’ windows were all about the product as hero — designer gowns and tuxedos — with a little help from some psychedelic snowflakes. They shine bright in shades of gold, blue, purple and red.