Management changes come as the retailer has a full plate of initiatives, including the launch next year of smaller urban City Target units. 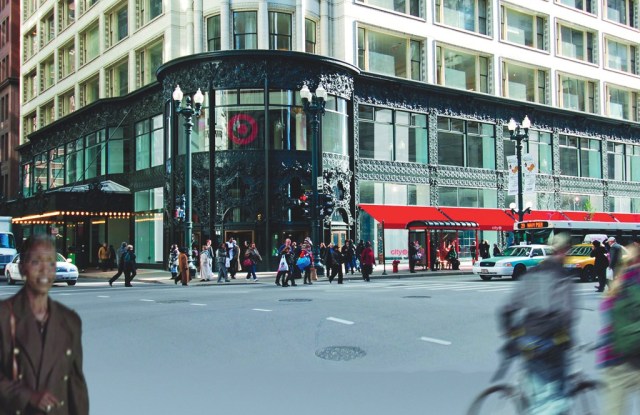 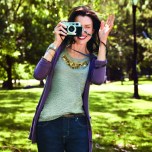 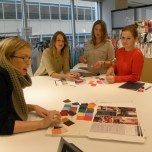 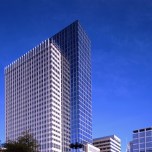 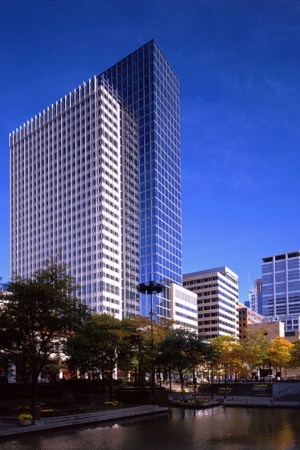 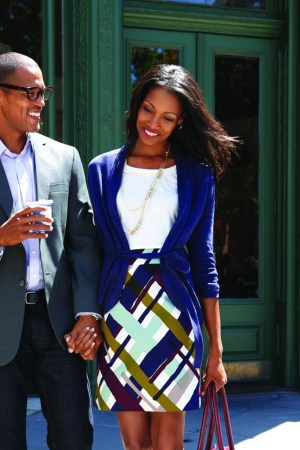 A look from Target. 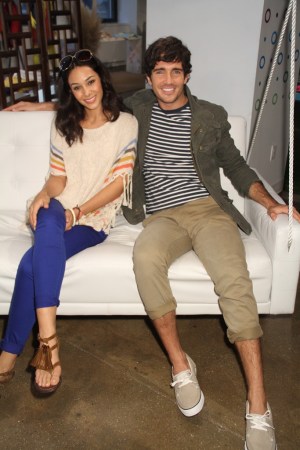 MINNEAPOLIS — Change is in the air at Target Corp.

First, the retailer has several key executive positions to fill. In October, its top marketing executive, Michael Francis, left to join J.C. Penney Co. Inc. as president. Target also is searching for a president for target.com to succeed Steve Eastman, who left in October after the Web site crashed for the second time. Douglas Scovanner, Target’s longtime executive vice president and chief financial officer, said he will retire in March and the retailer recently parted ways with its longtime advertising agency, Peterson Milla Hooks.

Despite the turmoil, Gregg Steinhafel, chairman, president and chief executive officer, minimized the impact of the changes. “We have a very deep and talented bench,” he told analysts Wednesday during Target’s third-quarter earnings call. “We will very shortly be naming a leader for the [online] team,” although he declined to address the time frame for the marketing hire.

The management changes come as Target has a full plate of initiatives, including the launch next year of smaller urban City Target units ranging in size from 60,000 square feet to 100,000 square feet, roughly half the size of a typical Target unit. City Target locations will include Seattle, San Francisco, Los Angeles, Chicago, Boston, New York, Philadelphia, Miami and the Washington, D.C., area. The retailer is entering the Canadian market in 2013, rolling out 125 to 135 stores in sites purchased from Zeller’s. “We’re busy at work trying to find additional sites to augment the Zeller’s sites,” Steinhafel revealed Wednesday.

Target’s expansion comes as its growth rolls on in the U.S. In the third quarter ended Oct. 29, the retailer’s net earnings rose 3.7 percent to $555 million, from $535 million in the prior-year period. Earnings per share jumped 10.2 percent to 82 cents from 74 cents in 2010. Adjusted for two items — an unusually low income tax rate and dilution from the Canadian investment — EPS rose 28 percent.

Sales for the quarter rose 3.4 percent to $16.1 billion, from $15.2 billion in the 2010 third quarter. Comp-store sales were up 4.3 percent — “the strongest quarterly performance since the second quarter of 2007,” Steinhafel said.

The ceo said Target keeps a keen eye on major competitor Wal-Mart Stores Inc., but has not seen as many price rollbacks this season. “In fact, there are a few less,” he said. “Everyone is focused on price and price investment, and they’re going to talk about that loudly. Wal-Mart is a very aggressive retailer. Wal-Mart’s layaway program certainly hurt us in November. We’re seeing seasonal Black Friday hype, which encourages consumers to wait because the deals will get better, which really isn’t true. Other retailers release their Black Friday ads early. It amounts to doing more business in a shorter period of time.”

Target’s apparel has gone from strength to strength, becoming increasingly sophisticated in its choice of designer partners, while Wal-Mart is only now beginning to understand the category.

For example, Target’s September partnership with Missoni created “online traffic that outpaced any Black Friday or Cyber Monday in our history,” said Kathee Tesija, executive vice president of merchandising. The collection, featuring 400 products from across the store, “created a frenzy,” Tesija said. Most stores sold out quickly in the first few days, while Target’s Web site crashed under the weight of outsized consumer demand. “We’re implementing hundreds of fixes to the site,” Tesija stressed.

Even with the success of the Missoni line, Target is carefully assessing its designer partnerships while continuing to emphasize its owned and exclusive brands. Go International, the program for emerging designers that put the retailer on the fashion map, has been discontinued. Instead, the company is focussing on stand-alone collections and tapping different areas of the store. For example, Josie Natori for Target, now in stores, is the retailer’s first stand-alone designer intimates collection. Jason Wu for Target, bowing Feb. 4, will have a full assortment of handbags and accessories and could never have existed within the constraints of Go.

“Designer capsule collections are getting played out,” said Carol Spieckerman, president of newmarketbuilders, a retail consulting firm, who added that Target has “been on a trajectory for the last few years where their marketing was much better than their merchandising. They’d have these big rushes of excitement and huge drop-offs. Retail is about engagement, not peaks and valleys.”

“We’re keenly aware of what other retailers are doing in the marketplace,” said Joshua Thomas, a spokesman, during a recent visit to Target headquarters here. “As the marketplace becomes more saturated with designer collaborations, we’re looking at our strategy to make sure it’s unique. As we did with Liberty of London + Target and Missoni for Target [both of which had extensive home components], we’re looking to identify other areas of the store to explore. We want to bring something that’s markedly different than what other retailers are doing.”

Target was heavily criticized by consumers and analysts for so badly miscalculating demand for the Missoni collection. “We were overwhelmed completely,” admitted Tesija. “We planned the collection to be in stores for six to eight weeks. We bought significantly larger quantities. We thought we were well covered. We even sort of debated, is it too much? We thought we nailed it and that couldn’t have been farther from the truth.

“We would do it again,” she said. “Hopefully, not in the same way. There aren’t many collections that can be that big. There were some warning flags along the way. We didn’t anticipate that the interest would be so broad, from young to old. And the depth of the collection that they wanted, in terms of the number of products.”

As for what Target gets out of the collaborations, Michael Alexin, vice president, general merchandise manager of apparel and accessories, product design and development, and his team work with guest designers to “fill in the blanks. If a partner has sourcing, then our role is creative direction. Sometimes, as with an outside design partner, Target sources and produces the collection. In terms of Missoni, our designers worked with the Missoni [family]. Our design team gained a better understanding of knitwear techniques and we were able to share our knowledge of sourcing and designing for a mass audience.”

While designer collaborations receive a disproportionate amount of attention, they are only a tiny part of Target’s apparel offering and its goal now is to focus attention on its core brands, which include Xhilaration, Mossimo Supply Co. and Merona.

“Merona’s a big power brand for us,” Tesija said. “We believe it can continue to grow, particularly as we work to capture more share from our classic guests. It’s clearly a core brand. We’ve been known for apparel that skews younger. The intriguing part about Merona is that as the population ages, I do think we have an opportunity to grow Merona beyond the 20 percent” it represents in the owned or exclusive brands category, which accounts for 80 to 90 percent of Target’s total apparel and accessories sales.

Merona, which does just under $2 billion in annual sales, is marking its 20th anniversary this year. What it lacks in edginess, it makes up for with a dedicated design staff. “All the fabrics we use are developed internally,” said Alexin. “The magic sauce for Target is that we’re able to use materials and quality levels that are more often associated with more expensive stores. We leverage all the tools the merchants have and partner with the guest insights team. We do internal focus groups. Our employees are not shy about giving feedback and we have the demographic working here. We come out with a really good profile of what’s working.”

Assessing the Merona customer’s appetite for fashion is not an exact science. “During the recession, a lot of guests were evaluating their purchases,” said Trish Adams, senior vice president of apparel and accessories of merchandising. “The Merona guest pulled back. We had to become more basic and reliable. She’s a mom and she’s at a soccer game. She wants to look good, but doesn’t want it to be hard. This consumer buys more than one brand. You understand guests’ lifestyles and how they evolve.”

Merona competes directly with apparel at Kohl’s and J.C. Penney, but Target pays more attention to higher-priced brands. “We don’t benchmark, but we get inspired,” said Alexin. “I could name anyone from Ralph Lauren to J. Crew. When we look at the market, we know what brands she is shopping and what she’s buying.”

“In the end, we ask, is the content competitive?” said Adams. “Aspirational [reference points] are really important. When Isaac [Mizrahi] left and we dissolved the partnership, there was a specific look associated with Isaac — iconic, colorful and constructed. I don’t think we set out to replicate Isaac, but when we listened to the guests, they talked about iconic [silhouettes] and prints.”

The Merona Collection, a slightly dressier part of the brand, “aligned with Isaac specifically,” Adams said. Collection in the fall was folded into the main Merona offering.

Merona will play an important role at City Target stores. “Apparel will be very important in urban markets,” said Tesija. “Apparel equity is very high. We are looking at using space and making the store shoppable as well as dense enough. We will have to think of how we edit. Urban shoppers tend to be younger and have fewer school age kids. We’ll give more space to Xhilaration and Mossimo. Urban consumers are typically very fashion-forward, but I still think there is a great place for Merona. We’re not turning City Targets into a grocery stores.”

“Each [City Target] store will be unique,” said Trish Adams. “On average, there will be less grocery and a little more home and apparel. There’s no set formula for City Target.”