The timing seems most fitting since Graham appeared in last month’s Sports Illustrated Swimsuit edition, she’s featured in Lane Bryant’s current campaign “This Body,” and Dressbarn could use a lift after reporting disappointing sales last quarter. Dressbarn is a division of the Ascena Retail Group, which also operates Lane Bryant.

Graham, who already creates lingerie and swimwear lines, said Beyond is designed to “instill confidence in all body types” since there’s a wide range of sizes, from 4 to 24. The collection, consisting mainly of dresses and knit separates and priced between $48 and $62, was launched today in the Dressbar section of Dressbarn stores, and on dressbar.com. The collection is sexy and consists of sleek, modern scuba dresses as well as fluid silhouettes that transition from day to night.

Graham adds to the string of designer collaborations at Dressbar formed in just the last few seasons including Carmen Marc Valvo, Adrianna Papell, Heidi Weisel, and Celeste and Satu Greenberg of Tuleste. It’s an effort to bolster the image, as well as revenues, at the Dressbarn specialty chain.

“Beyond by Ashley Graham speaks to the true DNA of Dressbar — fashionable dresses at a smart value point, for all sizes,” said Lori Wagner, chief marketing officer and executive vice president of digital commerce at Dressbarn.

“My collection for Dressbar reflects my mantra — beauty is beyond size,” Graham said. “As my first apparel collaboration, I wanted to create something sexy and sophisticated and we definitely achieved that with these dresses. I also realized it was vital for me to partner with a company that shares my belief that all women, no matter their shape or size, should have access to well-made clothing that makes them feel confident and beautiful.” 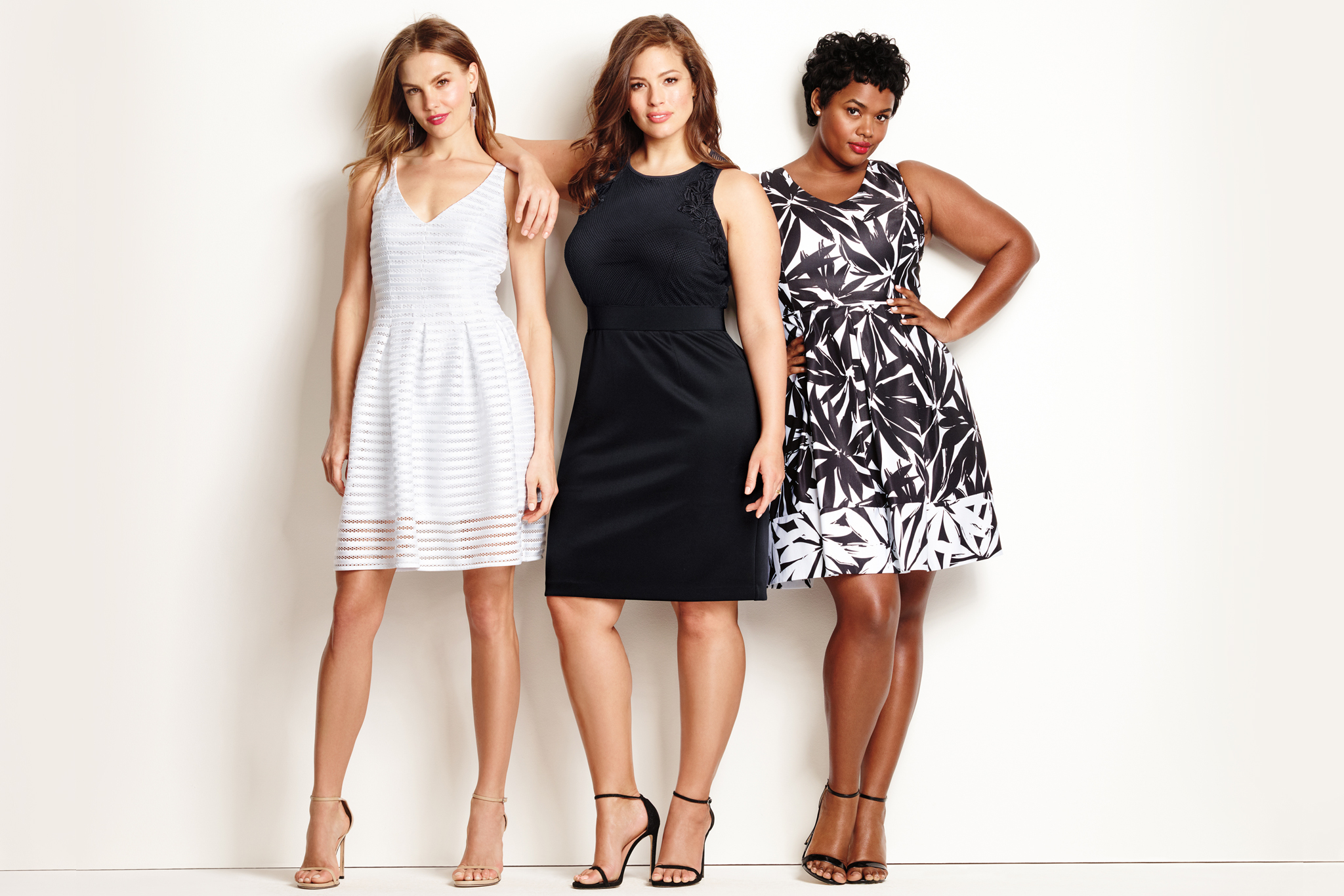 Beyond by Ashley Graham.