The U.K.’s largest multibrand, contemporary fashion e-tailer, Asos.com, is gearing up to take a bigger piece of the U.S. market. 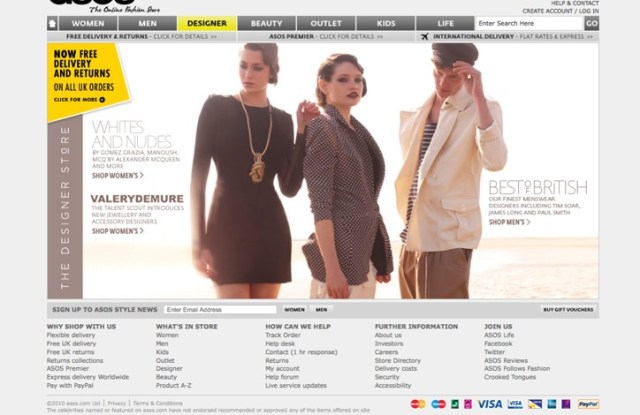 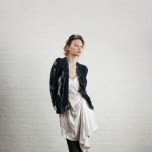 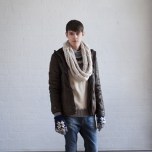 The U.K.’s largest multibrand, contemporary fashion e-tailer, Asos.com, is gearing up to take a bigger piece of the U.S. market.

In September, the company will launch a new site tailored to the U.S. and establish a logistics facility in Atlanta to better handle returns from American customers.

“We’ve already established quite a bit of a U.S. business, but our goal is to create an easier shopping experience for American customers,” said Nick Robertson, founder and chief executive officer of Asos. “The new site will have prices in dollars, different vocabulary and a locally relevant homepage.”

Robertson expects the U.S. to equal the size of its U.K. business within three to four years. Asos, which is publicly traded on the London Stock Exchange, posted total sales for the 12 months ending in March of 223 million pounds, or $331.4 million at current exchange, up 35 percent from the year-ago period. About 28 percent of sales come from non-U.K. markets, with the U.S. the biggest international business at about 6 to 7 percent of sales.

Following the launch of the U.S. site this fall, dedicated sites for France and Germany will come by yearend. Competing U.S. sites that operate in a similar space include Revolveclothing.com, Shopbop.com and 80spurple.com.

Asos’ unique selling point is the breadth of offerings on the site, which currently stocks 800 different men’s and women’s brands encompassing 37,000 various style options. The site adds 1,500 stockkeeping units a week and the entire inventory turns over every nine weeks, attracting 7.5 million unique visitors a month, primarily in the 16-to-34 age range.

“Our driving principles are choice, presentation and service. Most people leave a store because they can’t find anything they want. Right now, we have 1,387 dress options, so if you can’t find one you like, you’re in trouble,” noted Robert Bready, product and trading director at Asos.

About half of Asos’ sales come from outside brands and half from its own branded men’s and women’s collections. In the Asos line, men’s woven shirts start at about $27, women’s dresses at $22 and tailored suit jackets at $82.

After the debut of the U.S. site, product will still be shipped from the main Asos warehouse outside of London. Once sales in the U.S. reach a certain level, Asos will likely open a U.S. distribution center, said Robertson. Additionally, the company is currently hiring trend scouts for the U.S. to help shape merchandising strategies for this market.