At 50, Barbie to Be Marketed as Fashion Brand

Big plans for the iconic doll next year. 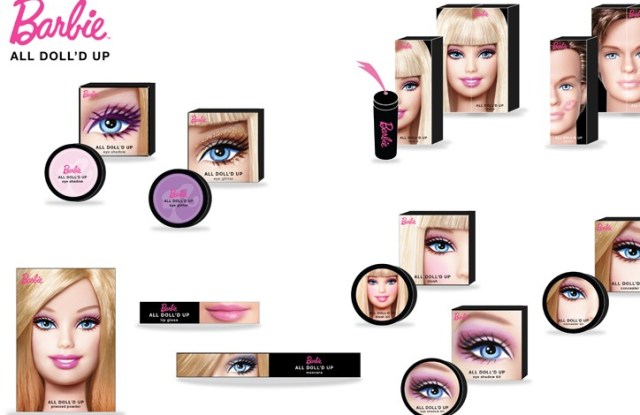 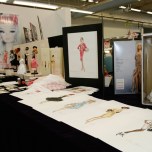 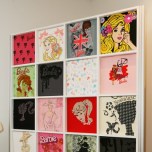 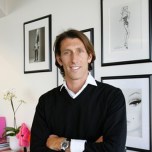 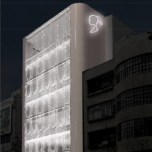 EL SEGUNDO, Calif. — Turning 50 can be tough, but not for Barbie.

The iconic doll will mark the milestone next year with a push by parent Mattel Inc. to market Barbie as a fashion brand. Mattel is lining up new partnerships with Bloomingdale’s, Vera Wang, Jeremy Scott, IMG and the Council of Fashion Designers of America.

The company plans a runway show in February, as part of fashion week in New York, with 50 as-yet-undisclosed designers who will produce life-size outfits inspired by Barbie. A new line of beauty products — bearing cheeky names such as “All Doll’d Up” for color cosmetics and “Plastic Smooth” for skin treatments — is set for 2009.

In addition, Mattel will open House of Barbie in Shanghai, the first of what the company hopes to be a string of global emporiums where girls and women can nibble on truffles, smear on pink-tinted mud masks and shop for clothes for themselves and their dolls.

“At a time most brands will retreat, we will move ahead aggressively,” Richard Dickson, Mattel’s general manager and senior vice president for the Barbie brand, said at company headquarters here.

Several companies have tried to entice their primary audience by appealing to teens and adults. The reasoning is that if the older crowd thinks something’s cool, then the younger bunch will follow.

To commemorate the 70th anniversary of “The Wizard of Oz” next year, Warner Bros. partnered with Swarovski and 19 designers, from Alberta Ferretti and Botkier to Manolo Blahnik and Giuseppe Zanotti, to re-create Dorothy’s iconic ruby slippers, which were exhibited at Bryant Park during fashion week in September. Walt Disney Co. teamed with Los Angeles hipsters like Kidada Jones to give edgy interpretations of Winnie the Pooh and other characters.

Mattel said the Barbie business mirrors the fashion industry. The company issues new collections twice a year in January and June, scouts for trends in magazines and hires licensed cosmetologists for the doll’s hair and makeup team.

With an eye on the fashion industry, Mattel restructured the Barbie business to be managed as one global brand with Dickson at the helm. In its annual report filed with the Securities and Exchange Commission last February, the company said one of its primary goals was to reinvigorate the Barbie brand, partly by pursuing additional licensing arrangements and strategic partnerships to extend into areas outside of traditional toys.

Dickson said products other than toys make up half of Barbie’s annual sales, which come in just under $3 billion. The non-toy business includes Barbie Couture, a five-year-old women’s clothing line comprising $230 dresses and $500 suits sold at more than 25 branded stores in Asia.

Last year, Mattel posted total revenue of $5.97 billion, up more than 5 percent from $5.65 billion in the previous year. Despite a belief that parents will keep buying toys for children in a recession, the company faces the same obstacles as other businesses during the financial crisis. Last week, Mattel said it will cut 1,000 positions, or 3 percent of its professional staff.

Dickson, who spent more than 15 years working at Bloomingdale’s, Estée Lauder and other fashion and beauty companies before joining Mattel in 2000, is acting like a luxury marketer. Among the projects he’s hatched are a life-size wedding gown designed by Vera Wang, priced at more than $15,000, which includes a Barbie wearing a miniature version of the dress. Jeremy Scott will unveil a capsule collection inspired by Barbie for next spring. Mattel plans to launch a Barbie-themed shop-in-shop at Apothia in the Fred Segal retail complex in Santa Monica, Calif.

Mattel will kick off a three-year partnership with the CFDA in February, when it also will begin sponsoring the IMG-organized Mercedes-Benz Fashion Week in New York. As the first toy company partnering with the CFDA, Mattel is considering helping fund scholarships and organize panels. In turn, CFDA is helping Mattel find designers from the association’s 350 members who will participate in the runway show.

Mattel is “not dissimilar to the partners who understand the strength and influence of fashion and want to have a connection to fashion in a legitimate way,” said Steven Kolb, CFDA executive director.

Signing Mattel as a sponsor didn’t seem a stretch to Fern Mallis, senior vice president at IMG Fashion in New York. “For many young girls, [Barbie is] their first association with fashion and dressing up and changing clothes,” she said.

During fashion week, which will be held at the same time as the American International Toy Fair, Mattel will feature Barbie in the windows and on the sales floor at Bloomingdale’s flagship.

Mattel’s showcase will be the House of Barbie opening in January on Shanghai’s trendy Huai Hai Road. Designed by New York’s Slade Architecture, the eight-floor emporium will offer a 3,500-square-foot spa, a museum on the top floor and hundreds of products from 45 different categories on six floors spanning 35,000 square feet devoted to retail. Visitors will watch models strut down a pink runway in looks from young Chinese designers, dine at the two eateries overseen by chef David Laris, ride escalators that play a soundtrack of giggling girls, and peruse clothing racks that increase in height so that a kindergartener could buy a T-shirt on one end and a 50-year-old shopper can buy a dress for herself on the other end. Decorative motifs include poodles, shoes, purses and plenty of pink.

While there are Barbie Couture shops in Asia and a Barbie store in Buenos Aires, the Shanghai flagship takes cues from American Girl, another Mattel brand that operates popular stores in cities such as Chicago and Atlanta, where girls snack, shop and play with their American Girl dolls. Other cities that Mattel is considering for units include Mexico City, Paris, London and New York.

“This is a significant investment for us in the future — not only in China but also in a retail experience we hope to replicate around the world,” Dickson said.