The New Jersey entertainment and shopping complex had a soft opening on Friday. 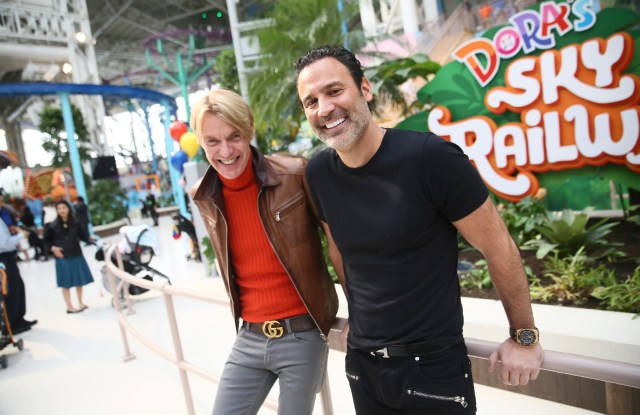 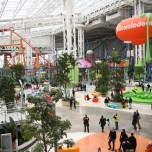 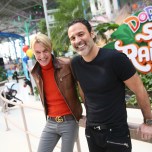 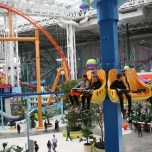 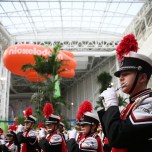 Flash mobs, marching bands, hay and pumpkin displays and a three-story Statue of Liberty made of candy were just a few of the sights at American Dream’s soft opening Friday for friends and family.

Don Ghermezian, president of American Dream, the 3 million-square-foot entertainment and shopping center in East Rutherford, N.J., stood on a balcony overlooking the Nickelodeon  Universe Theme Park, and said, “It’s been eight years of hard, hard work to get to this point. There have always been difficult moments throughout the time, but at no point did we consider giving up on the project.

“I’m elated,” he added. “Our experience has been that [the entertainment] will bring families who won’t spend hours, but, rather, days.” Ghermezian said American Dream, besides local residents of the New York-metro area, is targeting the 70 million tourists who visit New York City. With the planned “several thousand hotel rooms open [during the project’s next phase], tourists will stay at American Dream and visit New York,” he believes.

Ghermezian was asked about the likelihood of Barneys New York opening at the project. The specialty retailer agreed to open a store and freestanding Freds restaurant, but has since filed for Chapter 11 bankruptcy protection.

“Barneys is going to play out,” Ghermezian said. “We don’t know where that’s going to end. Retail is 86 percent leased.” Now that prospective tenants can see the theme park and DreamWorks Water Park, “signing leases has never been easier, regardless of what’s happening with retail,” he said.

New Jersey Gov. Phil Murphy toured the theme park and even rode the roller coaster. “That’s the number-one roller coaster,” he said. “The number one in the world.

American Dream is having a staggered opening. DreamWorks will open later in the fall, and the retail component will bow in March.

“Of course there’s going to be fashion shows,” said Ken Downing, who joined American Dream parent Triple Five as chief creative officer. “There’s a few ideas burning inside me. One of my first fashion shows you’ll see the looks coming down the ski slope,” he said, referring to BigSnow, an indoor ski attraction.

“We’ve positioned American Dream to become the highest-grossing center in North America, given its proximity to New York City. The center was built to drive traffic and generate sales,” he said.