The born-online luxury footwear company marks its entry into apparel with what its founders have dubbed a timeless offering void of trends and big logos. 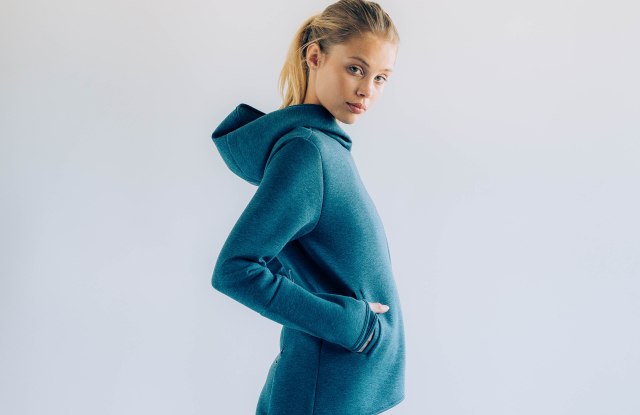 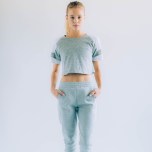 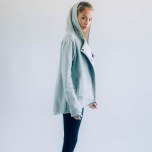 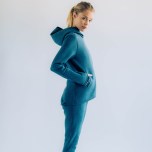 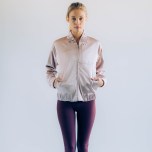 The mad scientists behind high-tech luxury athletic footwear brand Athletic Propulsion Labs think they’ve got enough of a hold on shoes that they can now dip a toe in apparel.

Twins Ryan and Adam Goldston, founders of the Los Angeles-based firm, will see their seven-year-old company expand into apparel for the first time next month.

The line starts at $65 for T-shirts and tanks and goes up to about $400 for men and as high as $475 for women. The highest-priced item being a luxe satin stretch bomber lined with a sweat-wicking material. Apparel will launch at a select group of retailers, including Net-a-porter, Mr Porter, Lane Crawford, Bandier and Shopbop.

“We’ve always said we solidify before we diversify,” Ryan said. “The first four years we spent building out our men’s basketball business, selling exclusively through our web site, and then in June of 2014 is when we launched our men’s and women’s running product at retail.”

The launch into apparel comes as just about any brand with the financial means to do so, aims to offer their take on ath-leisure. That APL came about as a luxury footwear brand first should help distinguish itself in the market once apparel officially hits stores, Adam pointed out.

“It’s not like every single person in the world knows what APL is, but we do have strong brand recognition at this point,” he said. “So our shoes look beautiful but they perform at the highest levels. There’s not that many players in that world. There’s a lot in terms of apparel, but we are making the natural progression into apparel. We didn’t start with apparel.”

“And even if you break down the word ath-leisure,” Ryan added, “it’s athletics and leisure. It starts with athletics and our brand, the core heritage, is in performance.”

There will be no following of trends or gaudy logos for apparel, following in the same design aesthetic as APL footwear.

“We’re creating product that we feel men and women can wear throughout the day, seamlessly,” Ryan said.

Fabrics are sourced from Italy, Spain, Portugal, France, Japan and Los Angeles and manufacturing takes place in the U.S.

“We wanted to create staples,” Adam said. “That’s something that’s really important to us is that we wanted to create product that didn’t seem replaceable. It’s something that everybody can use for multipurpose things that would be core items in their wardrobe — not seasonal collections. That’s what it is for our [footwear] customers. Whenever they buy the shoes, it’s not just for the gym; it’s not just lifestyle.”

The timing was also right, the two pointed out, with their recent admittance as members in the Council of Fashion Designers of America.

The membership, announced in July, is just another milestone cleared for the Goldstons, who started the business at the onset of the recession as a born-online brand, going against naysayers, one of whom included Ryan’s former University of Southern California professor who attempted to dissuade him from building a company modeled on an online direct-to-consumer strategy.

The two began with basketball shoes largely out of necessity as they were both playing basketball — and football — at USC. Their first shoe, the Concept 1, helped wearers jump higher with the company’s Load ‘N Launch technology, which got it banned by the National Basketball Association due to the unfair competitive advantage it gave. The ban, on the flip side, helped raise APL’s profile.

APL now attracts a customer base that can skew as young as 20 and go up to about 45 among females. The key is that these are customers with high discretionary income and live an active lifestyle but are not necessarily buying APL to work out.

“Everything we’ve done is by design,” Adam said. “We try not to deal with trends. We try to have everything [related to the business] be a clear, conscious path. One of the things we have as an advantage for us is since we’re only 29 we’ve got nothing but time and we knew that when we started. So, for us, we’re able to take the necessary steps to do our due diligence.”

Growth over the past 20 months has been strong, with a distribution channel that counts Barneys, Harvey Nichols, Selfridges, Le Bon Marché, Intermix, Nordstrom and Revolve among others. The two reported revenue growth every year since the company’s founding.

The privately held business doesn’t disclose financials but, according to Adam, has tripled its revenue the past three years every year and is on track to do the same for 2016 as a result of larger orders from existing retailers and the strength of its e-commerce business.

The company is partnered with Li & Fung, giving them access to Li & Fung labs, and they also perform tests at university biokinesiology and biomechanics labs.

The APL staff is relatively lean, totaling about 15, across a Beverly Hills office and a design studio in downtown at the Los Angeles Center Studios complex, where Halston also has offices.

The Goldstons have yet to take on outside investors, a perk that has afforded them the breathing room to grow on their own terms, a factor that will be key to continuing the growth trajectory.

“We’re in a very good position now because we’ve been able to grow a business with the footwear and now [apparel] is an expansion on that,” Ryan said. “Our goal from day one was never to be a footwear company. It was to be a global brand.”