Kohl's Corp. has tapped into the music world for its latest exclusive. In a partnership with rocker Avril Lavigne, the 958-unit chain will launch the new... 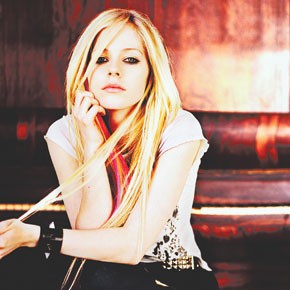 Kohl’s Corp. has tapped into the music world for its latest exclusive.

In a partnership with rocker Avril Lavigne, the 958-unit chain will launch the new junior lifestyle brand Abbey Dawn in July for back-to-school selling in all its doors.

Encompassing apparel and accessories, the collections are expected to combine authentic rock ‘n’ roll looks with a feminine edge — with many of the styles taken from Lavigne’s closet. Fashion collections will be updated on the selling floor every 60 days.

Lavigne, who is known for her singular style and lyrics, joins a growing list of musical stars who have launched their own lines, ranging from Gwen Stefani and Jennifer Lopez to Justin Timberlake, Jessica Simpson and Beyoncé Knowles.

“[Avril] is very involved in everything from design to all the production. We looked at her closet, she worked with our design team, shopped the stores, and we came up with a trend forecast with her,” said Michelle Roback, a sales executive with Jerry Leigh, a 48-year-old privately held Los Angeles licensing firm. “There’s an edgy spin on every piece, and each piece is a collective item.”

Apparel and jewelry will be the first Abbey Dawn categories and will be followed by others. Abbey Dawn — which is Lavigne’s nickname — will be sized 0-13 for bottoms and S-XL for tops. Retail prices range from $24 to $48.

Reggae and skater styles, traditional tartan plaids, checks and stripes, as well as bold colors and mix-and-match prints will be key elements of the line. First delivery will include such colors as fuchsia, pink, black, white and gray. Jewelry will include “very fun, flirty pieces, gypsy earrings, bangles, rubber bracelets and long necklaces that you wrap around,” added Roback.

“[Avril] is very specific and knows what she wants. It’s cutting-edge style that a lot of people want to emulate,” said Roback, who explained that Lavigne’s style originated with the tie. “People look to her for fashion. She’s very trend-right and true to herself.”

“Kohl’s doesn’t want to dumb it down. This will be the catalyst for making the junior floor a fun experience,” added Roback.

Brennan said Kohl’s is targeting teenage girls from 13 to 18 with the collection.

According to Teen Research Unlimited, based in Northbrook, Ill., Lavigne came in at number five in a study released in November analyzing the habits and interests of teens and twentysomethings — including favorite musical artists based on familiarity and likability. She followed, in order, Fergie, Rihanna, Knowles and Stefani.

Kohl’s plans a major national print, TV and Web campaign, which will break in July. The ads will feature Lavigne wearing the clothes. Roback added that Lavigne is already wearing her own line during her concert tour.

In addition to her singing career, Lavigne has appeared on television as herself on “Sabrina, the Teenage Witch,” and in movies such as “Going the Distance” and “Fast Food Nation.” Lavigne, who resides in Los Angeles, married fellow Canadian singer Deryck Whibley in July 2006.

Abbey Dawn joins other Kohl’s exclusive and private brands, including Dana Buchman, Fila Sport, Daisy Fuentes, Simply Vera Vera Wang and Food Network. The retailer is said to be working on other celebrity deals, including one, sources said, with Vanessa Carlton for accessories. Kohl’s did not respond to a request for comment.

Kohl’s, based in Menomonee Falls, Wis., will mark the opening of its 1,000th store this fall. Last week, the retailer reported that fourth-quarter profits dropped 15 percent to $411.7 million compared with $484.6 million a year earlier. Sales for the three months ended Feb. 2 rose 0.7 percent to $5.49 billion from $5.45 billion. Comparable-store sales declined 4 percent.