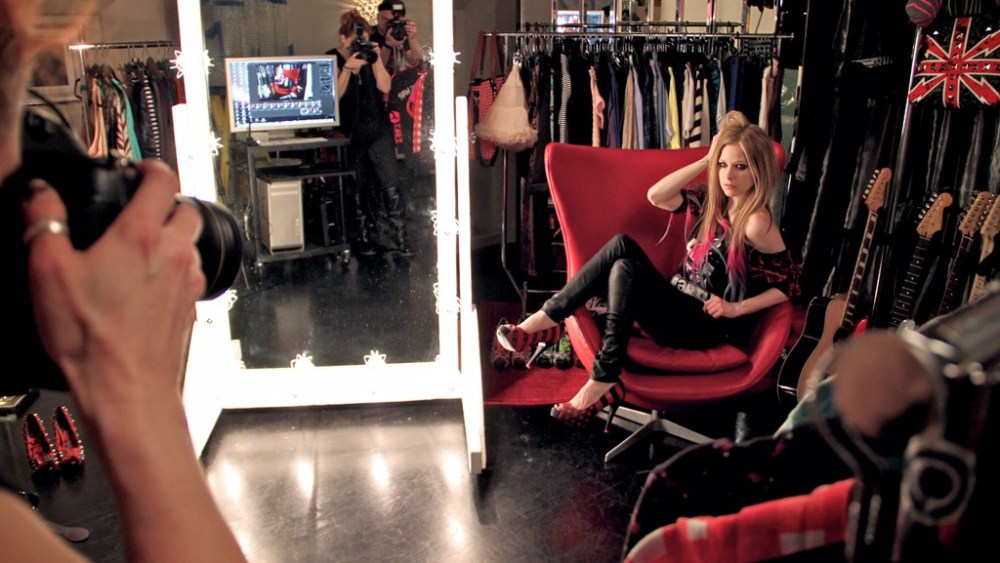 The singer, songwriter and budding beauty and fashion mogul next month will launch accessories from her brand Abbey Dawn’s spring collection on the online accessory subscription footwear and styling service owned by Manhattan Beach, Calif.-based Intelligent Beauty. After launching at Kohl’s in 2008 and revamping in order to aim at boutiques about two years later, the move online reflects Abbey Dawn’s growing Web presence and marks a rare extension by JustFab.com beyond its own label.

Abbey Dawn’s accessory collection for JustFab.com will consist of 12 shoe styles and five handbags, including four color variations that will be exclusive. “Overall, the style of Abbey Dawn is rock ’n’ roll, so you see a lot of spikes and skulls and black,” said Lavigne. “They are bold pieces. They make a statement. They are a lot of fun.”

“Avril, I feel, is such a punk rock sweetheart,” said Kimora Lee Simmons, president and creative director of JustFab.com. “She really has a distinct look, feel, flair and style, and certain elements of that, speaking from a design standpoint, will cross over and resonate with our members.”

JustFab.com’s first foray into a brand partnership was with Iron Fist, which, like Abbey Dawn, is produced by Los Angeles-based Blank Generation. The success of that partnership gave the Web site the confidence to pursue the Abbey Dawn hookup. It doesn’t hurt that Lavigne has proven she can attract a formidable online audience, with almost 30 million fans on Faceboook and 3.9 million Twitter followers.

Travis Anderson, chief executive officer of Blank Generation, said Lavigne’s social media strength is translating into building an e-commerce customer base for Abbey Dawn. He said 40 percent of the brand’s sales are currently online, but he expected that figure to increase to 50 percent within the next two years. Both online and at traditional retail, Anderson forecast the brand would generate $50 million-plus in sales in the next three years.

JustFab.com wouldn’t divulge sales projections for the Abbey Dawn accessories, but did disclose that the site overall is currently registering $5.5 million in sales a month. It has more than 4 million members and anticipates selling in excess of 2.5 million shoes and bags this year. JustFab.com raised $33 million last September in a round of Series A funding led by Matrix Partners.

Lavigne, 27, who recently inked a deal with Sally Hansen and has three fragrances with Procter & Gamble Prestige, said Abbey Dawn has grown up along with her. “It is geared toward an older age group. It started at Kohl’s. It was at a cheaper price point. The quality maybe wasn’t as good. Now, it is a little higher price point and better quality, which makes me happy,” she said.