Back in the Black, Morgan Eyes Expansion

The French high-street fashion chain is ready to spread its wings. 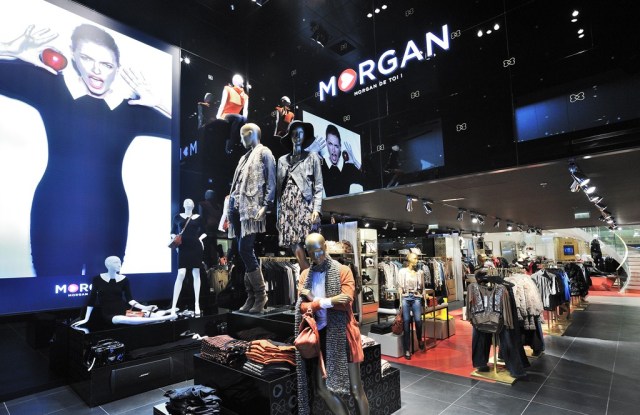 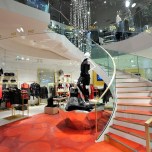 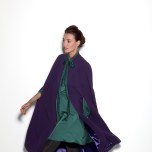 Brittany-based Groupe Beaumanoir, which purchased the ailing brand in March 2009, hopes to almost double the number of points of sale worldwide over the next five years after a wide-reaching overhaul of Morgan’s ready-to-wear collections and store identity.

All dollar rates are calculated at average exchange rates for the periods to which they refer.

Famous for its advertising campaigns in the Nineties featuring sultry black-and-white shots of models including Carla Bruni, Laetitia Casta and Estelle Hallyday, Morgan has toned down the va-va-voom in favor of what it terms “sexiness à la française” — a more contemporary and subtle form of sex appeal.

“Morgan was a bit ‘too much.’ It was one of the first things we tried to rectify in the collections,” explained Bailly, who bolstered the in-house design team and hired a new creative director, Raimondo Ciofani, a veteran of brands including Swish Jeans, Phard and Liu Jo.

The company, which had been floundering creatively since the departure of its president and founder Jocelyne Bismuth in 2006, now produces 85 percent of its designs in-house, versus 50 percent at the time Beaumanoir purchased Morgan from private equity firm Apax Partners and its founding families.

It has kept its entry-level price points unchanged, but is working to improve quality and grow its premium offerings, which for fall-winter include a purple wool cape priced at 199 euros, or $268.85 at current exchange, and a leather biker jacket at 189 euros, or $255.34.

At the same time, the new owners set about revamping the stores with the help of brand consultancy Saguez & Partners, culminating in the opening of a new global flagship on the Avenue des Champs-Elysées last month.

Spread over 5,900 square feet, the two-floor boutique features a custom-made mosaic floor with a pattern of interlocking hearts and a staircase that curves around a 20-foot high chandelier made from 1,500 Swarovski crystals.

Scattered throughout are state-of-the-art video screens, including screens in all 16 changing rooms, that display rotating images of the season’s key looks, and a “tweet mirror” that allows customers to share photos taken in-store on social media networks.

Bailly said traffic at the store was up 35 percent versus the same period last year, when Morgan’s store on the Champs-Elysées was located a few doors away. “From the first week onward, the average basket was around 90 euros [$121.59], which is practically 35 to 40 percent higher than our network average, so there is really something happening there,” he said.

The new store concept has been rolled out to 15 locations so far, and Morgan hopes to convert all its 289 points of sale worldwide within the next two years, Bailly said. It also has an ambitious program of store openings, targeting a worldwide total of 500 points of sale by 2016.

“We believe we still have a lot of opportunities in France, namely through franchising, because the brand has very attractive ratios and performances. Today, our turnover is around 8,000 euros [$10,808] per square meter,” he said. “We are back to a level of performance that is very convincing for an investor.”

Morgan plans to open more corners in Spain in partnership with El Corte Inglés, in addition to freestanding stores in Switzerland, Belgium, Luxembourg and the Netherlands. It also has ambitious plans for Asia, where it is testing store formats in China.

To do this, it will leverage the resources of Beaumanoir, which has steadily expanded in the last eight years and now boasts combined annual sales of more than 1 billion euros, or $1.3 billion, from Morgan and its other ready-to-wear brands: Cache Cache, Patrice Bréal, Bonobo, Scottage and recent acquisition La City.

The group has more than 400 Cache Cache stores in China and a team of 250 employees in Shanghai working mainly in sourcing and retail, Bailly said.

“We have a lot of potential clout, people on the ground both to develop real estate and roll out the concept. We are equipped to do it. For the moment, we are searching for the right formula,” he added. “Asia is very attractive for Morgan because the wealthier new generation is very interested in French brands and in a certain form of sexiness, so we think there is huge potential.”

Morgan is also planning to take e-commerce across French borders for the first time, thanks to a redesigned Web site set to be unveiled in spring. “We are looking at strategies for penetrating new markets via the Web,” the executive said.

The company plans to invest some 10 million euros, or $13.5 million, a year in its store network for the next three years. The retail push will be matched by an advertising blitz in France, where Morgan plans to launch a new ad campaign in the second half of 2012 with the aim of having a leading share of voice.

“Our objective is to be among the market’s five largest media investors. At present, the big investors are people like H&M, Comptoir des Cotonniers, Kookaï, Maje, Sandro and The Kooples,” Bailly noted.

Morgan hopes overseas markets will eventually account for half its sales, versus a third at present.

“Fast fashion is facing very difficult times, because today it’s about quality rather than quantity. That doesn’t mean people want expensive products, but increasingly, they are going to choose carefully,” he said. “For midmarket brands [like us], I see that as a real opportunity.”