Investors are betting on The Black Tux and The Greats, digital brands with a laser focus. 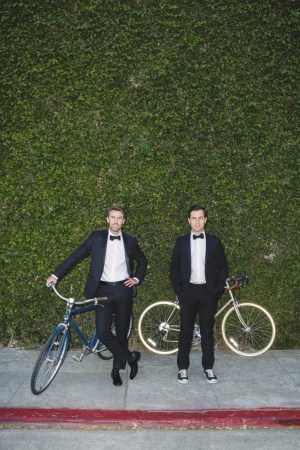 Investors are clearly interested in betting on digital brands with a laser focus. Witness the flurry of fund-raising happening in the world of online vertical retailing, where a strong emphasis on a single category is helping

The Black Tux and Greats build a following and bring in cash to fuel their ambitions.

The Black Tux is the first vertically integrated suit and tuxedo rental company to be born online — and it just raised $10 million to vastly expand its inventory and the number of styles it offers to consumers. Including a $2.6 million seed round raised in 2013 and $2.4 million in angel investments, the brand has raised $15 million to date.

Founded by Andrew Blackmon and Patrick Coyne in 2013, the Web site specializes in sourcing, manufacturing and designing its styles in-house. Nothing is for sale at Theblacktux.com — all suits and tuxedos are available for rental fees ranging from $95 to $120, considerably lower than the national chain average of about $150 to over $200. There’s an associate team that services grooms and wedding parties, as well as a trained fit team that works with a sizing algorithm to make sure consumers order the right sizes.

“We went out and looked at the market for rental tuxedos and suits, and we found that it was primarily two manufacturers making everything that is rented in the U.S.,” Blackmon said. “It was very uniform quality. They made suits out of polyester, shirts out of microfiber and shoes out of plastic.”

This caused Blackmon and Coyne to seek out additional channels with higher quality materials — eventually leading them to Italian wool fabric mill Tollegno, which wove fabrics specifically for The Black Tux. Factories in Asia — some of the same facilities that make suits for Burberry and J. Crew — sew the goods, making the end result a tuxedo or suit that would retail for about $1,200, according to Blackmon.

“We have been constrained by supply, not demand. We’ve often been sold out during certain months — all of last year basically,” Blackmon said, adding that the company had more than 20,000 customers on waitlists to rent suits and tuxedos last year.

Blackmon said that the Series A round, led by First Round Capital with participation from Menlo Ventures and The Raine Group, will largely go toward buying inventory – and a lot more of it. They will also move to a larger warehouse in Los Angeles, where the company is based, and double the staff of 50 by year’s end. Blackmon declined to disclose revenue projections.

Budding sneaker brand Greats raised $4 million in Series A funding and is planning to expand operations, add categories and plant its retail flag.

The latest round of funding was led by Resolute Ventures and comes on the heels of a $1.5 million seed round that closed in April. Over the past six months, Greats’ four styles and “Born in Brooklyn, Made in Italy” ethos has helped it draw about $1.2 million in sales.

Founder and chief executive officer Ryan Babenzien said the brand’s sales would hit $6 million to $8 million this year as it branches out.

The ceo is hungry to hire — especially in the areas of e-mail marketing and digital advertising — and plans to double his team of nine by year’s end. To accommodate the growth, Greats will move into bigger offices next month, but will stay in the Williamsburg neighborhood.

“We’re never leaving from Brooklyn as a headquarters,” Babenzien said. “We were born in Brooklyn. It’s part of our DNA. It’s important we stay here.”

Greats is also looking for space to open a fully realized store to open by summer, having outgrown the tiny, part-time sneaker shop it operates in its headquarters.

Next month, the brand will introduce its fifth silhouette, an elevated version of a traditional running shoe that will be handmade in Italy with leather accents. And then in the spring, Greats’ first wholesale partnership with Mr Porter will kick off.

After that, women’s is in the offing.

Babenzien said, “Every day we get some sort of request or communication from women” looking for particular styles. To meet that demand, Greats will start making smaller sizes of some of the existing styles.