Bakers Footwear, the fashionista favorite for affordable shoes, is updating its systems to tackle a problem many retailers can relate to: Overly simplistic allocation methods that don't take into account the varying needs of many different stores.... 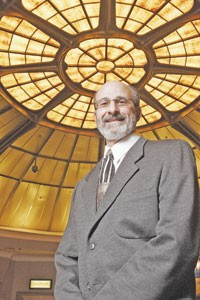 Bakers Footwear, the fashionista favorite for affordable shoes, is updating its systems to tackle a problem many retailers can relate to: Overly simplistic allocation methods that don’t take into account the varying needs of many different stores. Bakers’ main aim is to please customers by offering them more of the shoes they want, but the St. Louis-based retailer also expects the software to boost revenues and improve margins, thanks to increased sales and fewer markdowns.

The company’s dress department began using Marketmax from SAS Institute Inc. in December, and the rest of the company plans to move to it later this year.

“We’re trying to service the customer much better,” said Stanley Tusman, Bakers executive vice president of information and inventory management. “As the customer gets more intelligent every single day, every year they get smarter, there are more choices, there is more competition, and a lot of opportunity out there for them to buy somewhere else.”

As for the results so far, Tusman said: “We are pleased with the improvement in the merchandise mix.”

In the past, Bakers allocated merchandise based strictly on store volume. There were five groups, which meant the high-volume stores got everything, and the low-volume stores got only the basics. It’s a traditional approach that many retailers follow, but the recipe wasn’t working for Bakers.

The retailer’s high-volume stores are typically located in urban areas and don’t have room to stock all the merchandise they can sell. The low-volume stores, on the other hand, looked dull. “Just because it’s a low-volume store doesn’t mean it’s not fashionable,” said Tusman. “It just doesn’t have the traffic.”

Another problem was redundancy. Sometimes one store would end up with, say, two or three different styles of green, round-toe, midheel pumps when one would have sufficed. That could happen, said Tusman, “if we are buying a two-inch stack heel in three colorways — say brown, black and green — and we also have an enhanced one with embellishment on there that we bought only for the higher-tier stores. And we also have our better part of the assortment which is branded merchandise, [which might be] exactly the same thing but with the branded name.”

The situation was causing Bakers to constantly rebalance its inventory by trucking merchandise from store to store, which was both time consuming and expensive. Bakers initially tried to fix the problem in an Excel spreadsheet, but it was impossible to put all the pieces of information together and see how several decisions across different merchandise groups might affect the overall assortment in each store.

In 2003, the company started looking for allocation planning software that would help it refine its mix. The company narrowed down the choices to three possibilities, all of which ran in Bakers’ AS/400 operating environment and had the feature set Bakers needed. After meeting with each company and interviewing its customers, Bakers decided to go with Marketmax Assortment Planning from SAS Institute Inc.

Bakers signed the deal in March 2004 and started installing the system immediately. By July, the system was up and running, but Bakers ran into a staffing problem and couldn’t use the application right away. The staffing problem solved, the dress group started using Marketmax in December for merchandise to fill in between holiday and spring. The casual department will adopt the software next month to fine-tune assortments for fall deliveries. The group that handles branded merchandise will move onto the application later this year for planning holiday or spring 2006, Tusman said.

Marketmax lets Bakers look at many what-if scenarios, so it can fine-tune assortments and correct course. It also lets the company “compile pieces of everyone’s thinking,” in Tusman’s words, and look at how that will affect the assortment in one type of store.

Now the company determines the buy for a store based on customer profiles as well as the five volume clusters. There are three profiles: forward, mainstream and traditional. The company has always classified its merchandise into four categories or departments: dress, casual, branded and accessories. In addition, each item has always been identified by subdepartment, class, subclass and silhouette. In the dress category, for example, a shoe might be classified by heel height. In the sport department, footwear might be sorted by a category such as athletic or outdoor.

The most important benefit of the software is to have a better assortment that the customer wants. “The real objective is making the store more customer centric to its local demand, [to] satisfy the customers who are there,” he said.

In addition, Tusman said he expects having a better assortment in the store will help Bakers increase its sales by 1.5 percent. He also expects it will reduce markdowns by about 10 percent. In 2004, the company had sales revenues of $150.5 million, and net income totaled $1.4 million. The previous year’s sales came to $148 million with net income of $1.6 million.

Another expected benefit is that stores will need to transfer merchandise back and forth less often. That could translate into a reduction in payroll costs or help free up employees for other tasks. Sales associates’ jobs will be easier, because the stores will have more of the right sizes and styles in stock, so associates won’t have to bring out a triple play of alternative styles for the customer to consider as often.

Eventually, Bakers will use the software to plan capacity, flow and layout of the stores. Marketmax includes a planogram application, so digital files will replace the physical floor set Bakers sends out to each store.

If all works out as intended, the company might migrate more merchandising processes into Marketmax so financial and assortment planning are taken care of in one place, Tusman said. (Right now, Bakers relies on a suite of applications from JDA Software Group Inc. to handle the bulk of its merchandising activities, such as ordering, pricing and replenishment.)

“We have to continue our own evolution to be much more customer centric, to focus in on what she wants,” said Tusman. “She’s trusting us to have what she needs, and our job is to supply it. Otherwise there’s no reason for us to be around, and I want to be around.”