A new Banana Republic store offers a series of boutiques, each designed to appear “like idealized walk-in closets.” 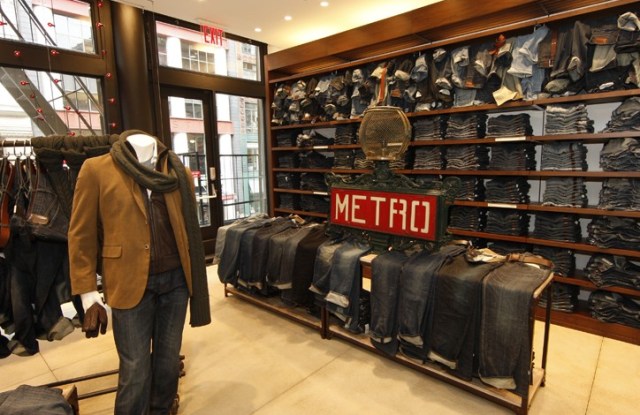 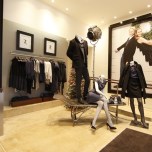 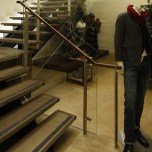 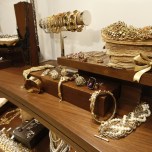 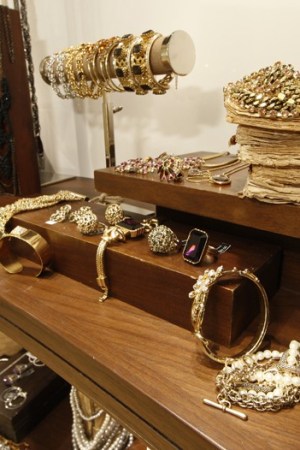 The new Banana Republic SoHo store has a residential feel.

A new Banana Republic has sprouted in SoHo.

On Wednesday, the upscale division of Gap Inc. unveiled the New York City version of its new store prototype at 552 Broadway between Prince and Spring Streets.

The two-level, 18,000-square-foot store offers a series of “boutiques” off a main boulevard, each designed “like idealized walk-in closets,” the company said. For example, the highest-priced Monogram collection is front and center and there are “hubs” for accessories, city work, city weekend, a “going-out room” and the vintage-inspired Heritage collection. Jewelry, handbags, shoes, eyewear and small leather goods also are offered, along with Banana Republic’s two newest fragrances, the Republic of Men and Republic of Women.

The store is split evenly between men’s and women’s wear, with women’s housed on the main floor and men’s — outside of Monogram — on the upper level. A wall that separates men’s from women’s on the main floor will eventually be removed once the proper variances can be obtained, a spokeswoman said.

The company was careful to retain the architectural significance of the landmark building, incorporating 19th-century cast-iron columns and mosaic floors into the design. Blending old and new, the unit also features a new sweeping staircase to the second floor as well as a curated assortment of artwork from local artists.

“Our store concept is designed to cultivate an experience that is personal and memorable for shoppers,” said Banana Republic president Jack Calhoun. “We think the SoHo store — with ‘boutiques’ that have our full assortment showcased in closetlike environments — has a more intimate feel, reflects the surrounding neighborhood and makes it easier for customers to shop. The store is designed to fulfill the different parts of our SoHo customers’ lives from day to night, work to play, and we wanted to create a shopping environment that reflects each of these.”

In the fall, Banana Republic opened two other prototypes, in Las Vegas and Scottsdale, Ariz., but the New York unit is the largest of the three. Calhoun said any rollout of the concept will be predicated on the results of these units. He said the plan overall at Banana Republic is to “continue to invest in our fleet and we expect to complete about 15 remodels this year. Over the years, Banana Republic has been fairly consistent about investing in remodels, and these new physical structures allow us to better showcase our product, be more customer-centric and stand out as new and fresh in the retail landscape.”

The SoHo location formerly housed a more traditional Banana Republic women’s unit, and there was a separate men’s store on the next block. However, the company was able to secure the second floor and double the space, and so opted to convert the unit to the prototype format. The former men’s store will be converted to a Gap, the spokeswoman said.

The new store offers many enhanced customer service features as well, including a professional stylist, hemming and fitting-room checkout. A Web kiosk allows shoppers to buy online while in the store and have the merchandise shipped free of charge. Concierge services are also available.

To introduce the store to customers, Banana Republic on Wednesday night kicked off One+All, a multiyear national program that seeks to match the retailer’s customers interested in community service opportunities with nonprofit organizations that would best be suited to their skill sets. The company is working with ServiceNation, a coalition of 249 national and community service organizations, on the initiative.