The multiuse space opens to the public Friday, giving the company a physical presence outside of New York and Dallas. Los Angeles is now the company’s largest store.

“Truthfully, when I saw this space and it was across the street from one of my most beloved stores of all time, the iconic Fred Segal on Melrose, I knew for Bandier that would be the perfect destination to house everything we have under one roof,” she said.

“Everything we have” would be an understatement.

The 8,800-square-foot space includes a Coffee Dose café — complete with CBD-spiked lattes — and retail on the first floor; footwear, accessories and the fitness studio Studio B on the next level, and a third floor dedicated to events. The assortment will have its roster of exclusives, including a Calé capsule and Hand & Rose, along with Golden Goose styles unique to the L.A. store. 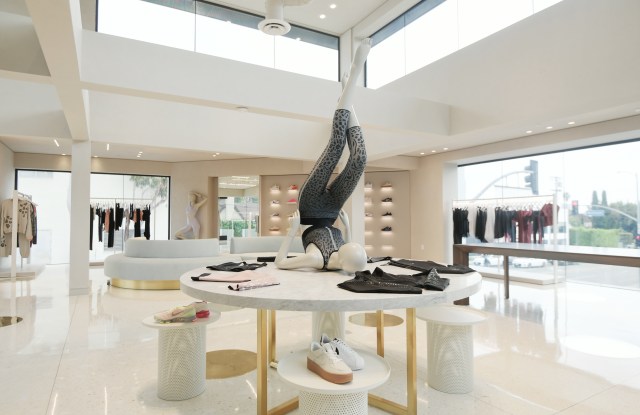 Inside Bandier at 8101 Melrose Avenue.  Michael Buckner for WWD

For Bandier, the store is the greatest expression of what the company has attempted to do from the onset with its physical stores. That is, create full-on experiences that aim to appeal to the broader interests of the customer who shops them.

Local company Alo Yoga is another activewear company that has a similar strategy with its store buildouts that aim to serve as community hubs with their inclusion of food concepts and fitness spaces.

“Obviously, retail has really evolved in so many ways and it’s very experiential,” Bandier said. “You can shop. You can meet your friend for coffee. We have multiple activations and I can’t announce exactly which one, but on the third floor there will be a beauty activation. You can do a lot of things under one roof. It was always my dream to be able to have a café that would offer coffee and smoothies and different drinks.”

The Melrose flagship will serve a market that’s already sizable for the business with nearly 20 percent of online sales coming from the state and most of that generated from Southern California customers. 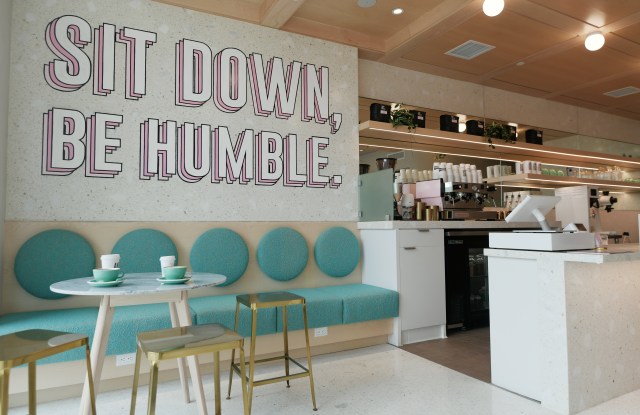 “I don’t have any other plans this moment to open other flagships, but we are going to open more locations,” Bandier said of the future. “Depending on if we see the necessity, then absolutely. I think we would open a few more locations that are, not close by [Melrose], but in the Southern California area and then obviously if we wanted to move up north that would be another discussion.”

The company is also exploring what it can do on the pop-up front that would mimic the full experience it offers in its stores.

The company pulled in about $25 million earlier this year from the Eurazeo Brands division of private equity firm Eurazeo in exchange for a minority stake in the business. That was part of a round of funding totaling $34.4 million and also included Adrian Cheng’s C Ventures.

The fresh round of capital also brought in Adrienne Lazarus, who previously served as Frye chief executive officer and Intermix president, to head up Bandier as ceo.

The company, outside of its stores, is now focusing on its own brands, having recently launched the second iteration of a collaboration with Veronica Beard.

Bandier said improvements will also be made across its digital channels with half of its business currently generated online. 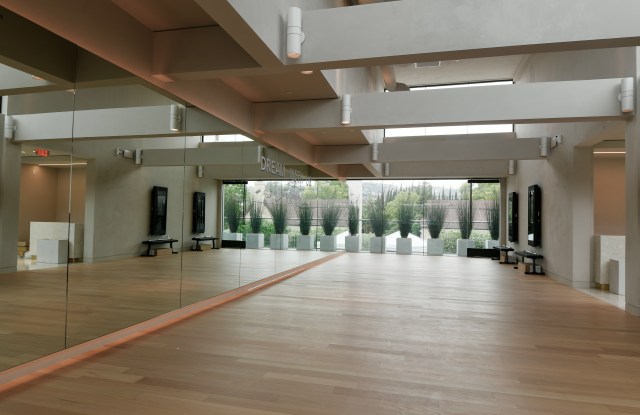 Studio B is among several features of Bandier’s Melrose Avenue store offered outside of simply buying product.  Michael Buckner for WWD