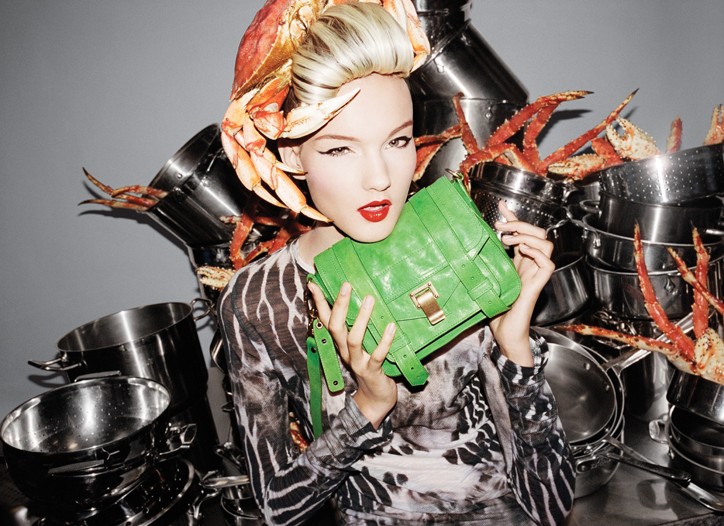 “Have a Foodie Holiday” is the season’s theme, but don’t look for any organic jams and sauces on Barneys’ shelves. “We feel like something extraordinary has happened in our culture,” said Simon Doonan, creative director. “The foodie icons are stealing the limelight from the regular red-carpet celebs. At Barneys our customers are not really interested in what Kim Kardashian is up to or when Lindsay [Lohan] is getting out of jail. They are much more interested in Mario Batali and Anthony Bourdain and Anne Burrell. Food is just as much a part of their landscape as fashion.”

Barneys partnered with the Food Network/Cooking Channel and Illycaffè to bring its message to a broader audience. Food Network hopes to bask in some of the store’s luxury cachet.

The windows of Barneys’ Madison Avenue flagship will be populated by Food Network talent. One window will be reserved for the Bad Boys of Food, including Bobby Flay, Emeril Lagasse and Batali. The Gals of Food will feature reigning female chefs Burrell, Paula Dean, Ina Garten, Cat Cora, Sandra Lee, Donatella Arpaia and Anita Lo, among others. Another window will honor the trailblazers with a revolutionary stew with historic and contemporary creative types wafting out of a giant copper saucepan.

Barneys and Food Network also have whipped up cross-marketing opportunities. For example, Doonan judged an episode of “Iron Chef America,” which will air on Nov. 28; Barneys is creating original content for barneys.com, and a holiday catalogue was photographed at “Iron Chef America’s” Kitchen Stadium at the Food Network Studios and in Japan by Nobuyoshi Araki, whose strange and sensual images show models holding raw fish and eating fruit.

The concept stemmed from an idea Julie Gilhart, senior vice president and fashion director, had about sustainable food as a holiday theme. Doonan’s appetite was whetted. Then he discovered the Food Network. “The community I found myself in, they know how to have fun,” he said. “It’s kind of the antithesis of a fashion event.”

“Barneys told us no one eats at fashion events,” said Susie Fogelson, senior vice president of marketing and brand strategy at Food Network. Fogelson said the network, which is seen in 110 million households, will air a time-elapsed version of Doonan designing a Barneys holiday window. It will also appear on foodnetwork.com, which has 10 million to 12 million unique visitors a month.

The windows will be unveiled Nov. 16 when Lee Brian Schrager will be feted for his book, “The Food Network South Beach Wine & Food Festival Cookbook: Recipes and Behind-the-Scenes Stories from America’s Hottest Chefs.”

Barneys New York’s philanthropic efforts for “Have a Foodie Holiday” will benefit the Food Bank for New York City.