What to Watch: Barneys in Bankruptcy: What’s Ahead

The retailer must find a buyer and has only until Oct. 24 to produce one.

For bankrupt Barneys New York, the wish list is big.

Barneys needs a buyer that will cough up money, creates a new Barneys free of debt and understands the limits of the narrow luxury niche Barneys targets. Barneys also needs vendors to show support by shipping to the store despite its precarious state, and landlords willing to reset lease terms.

Owner Richard Perry has tried to sell the business before and had no takers, but there could be some interest in buying Barneys in a bankruptcy fire sale. And through the court-approved debtor-in-possession financing, vendors are guaranteed payment on orders delivered post-filing.

Yet there are still risks of getting stuck with merchandise or caught in a swirl of markdowns in the event of a liquidation. Barneys could be forced into liquidation if the bankruptcy court sees bills aren’t being paid. That’s of particular concern to small and midsized manufacturers who don’t have their own stores or outlets to absorb merchandise Barneys can’t take. Orders were taken in June for pre-spring, production is in motion, and vendors likely will get paid on those deliveries generally arriving in November. The next round of order taking seems riskier. It occurs in September and October for spring 2020 deliveries arriving in February through mid-March. By then, Barneys’ fate will have been determined.

In the weeks and months to come, Barneys will close stores, try to renegotiate leases on seven of the 22 stores planned to remain open, reduce payroll and attempt to hang on to its most crucial managers. The plan is to continue to operate the “flagships” in New York on Madison Avenue and in the Chelsea neighborhood; San Francisco and Copley Place in Boston, as well as two Barneys Warehouse outlets in Woodbury Common in Central Valley, N.Y., and San Francisco Premium Outlets in Livermore, Calif. In addition, barneys.com and barneyswarehouse.com will continue operating, the company said. 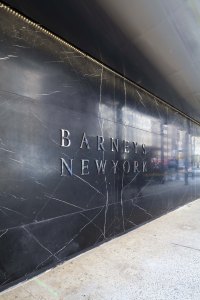 Barneys wants to continue operating its Chelsea store and six others.  Nicholas Calcott

“The reality is most bankrupt companies don’t make it or they come out and go back into bankruptcy later,” said Mark Cohen, director of retail studies and adjunct professor at Columbia Business School.

“With Barneys, a lot hinges on whether they stay on Madison Avenue and can renegotiate that lease, but the arbitration last year went against them,” said Cohen, referring to the doubling of rent by billionaire landlord Ben Ashkenazy on the Madison Avenue flagship. Rent on the Beverly Hills store also increased. The Chapter 11 filing — Barneys’ second since 1996 — gives Barneys 120 days to either affirm leases or walk away from them. “There in lies the negotiation,” said Cohen.

“Barneys is a business with talented and committed people that commands the affection of rarefied, new engaging designers, but at the end of the day, Barneys is coming off the big stage,” Cohen said.

Inside the company, “the mood is of enormous fear and concern. People don’t know if the company is going to bought by someone, come out of 11 and stay open, or get forced into liquidation. People able to get jobs elsewhere are probably doing that or looking. They just can’t know what the future will bring,” said Cohen. “An element of suspense is past because Barneys filed and has some DIP funding to negotiate for receipt of goods. Whether the market embraces them remains to be seen. My guess is it will be tentative. The bankruptcy process is a miserable experience.”

“It’s chaotic,” added Ahmet Abaci, chief marketing officer at Chief Outsiders, which provides on a fractional basis experienced executives to companies seeking help on strategic marketing, brand-positioning or other issues, and lack the talent inside the company.

Beyond fixing the most obvious problems — closing weak stores, resetting rents on viable stores and getting vendors to ship, “Barneys needs to dig deeper,” said Abaci. “It needs to look at its customer base. Is it declining? Is there a large enough market for Barneys to be viable and profitable, and as you downsize can you still attract designer partners? Sometimes size does not matter; sometimes it does.

“You also need to hang onto to your DNA, but bring new perspectives,” Abaci added. “Barneys must figure out where they’re relevant today, how they can differentiate so customers come to them rather than someone else. How you make customers feel good, especially in a luxury experience, is the driver of success.

“But sometimes when the ship is sinking you don’t have time to navigate, you just have to fill the holes.” 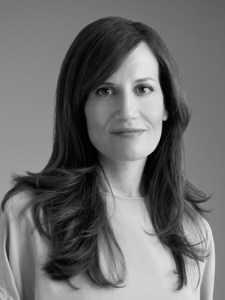 Barneys Chapter 11: How Much Risk Will Vendors Take?