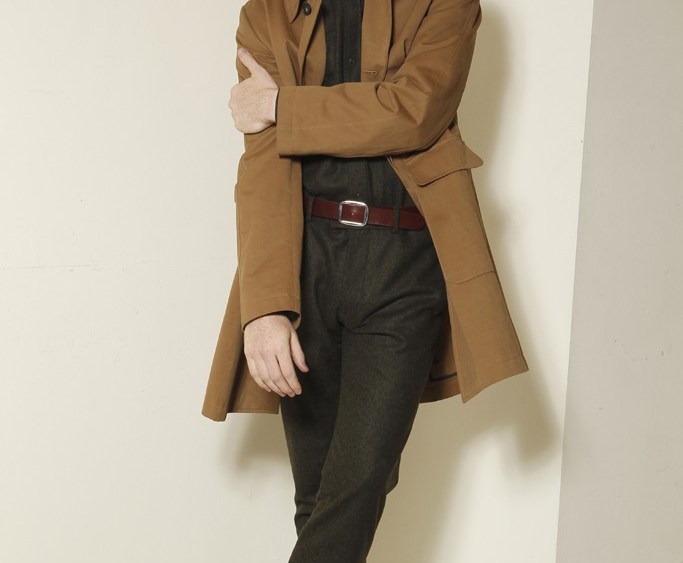 Exclusivity has become the marching order for Barneys New York and there’s nothing more exclusive than a private brand.

As a result, the luxury specialty retailer this fall will revive Basco, a collection of men’s sportswear that was a thriving business for the company in the Eighties and early Nineties, exclusively at its own stores. The name was an acronym for Barneys American Sportswear Co., although the word “American” has been dropped from the relaunched label. Barneys has owned the name for years but it has been dormant since around 1996.

“When Marc Lee joined [Barneys as chief executive officer], we had a renewed focus to intensify exclusive product,” said Jay Bell, vice president of men’s designer collections. “That’s our number-one mission as merchants. And Tom Kalenderian had the great idea to relaunch Basco.”

Kalenderian, the store’s longtime executive vice president and general merchandise manager of men’s wear, said: “Basco predates most of the famous brands we know today; it emerged over 30 years ago, at a time when the styling fit the mood of the moment, and it feels right again today.”

Bell said that, despite its long history, there were not a lot of archival pieces from the original offering. “But that’s good for us,” he said. “It gave us a blank slate.”

The new Basco is a full sportswear collection, encompassing cotton wovens, trousers, jackets, merino knits, outerwear, accessories and leather bags and belts produced exclusively for the brand by Tennessee-based artisan Emil Erwin. The majority of the line is made in Italy from European and Japanese fabrics. For fall, the collection has a luxe-utilitarian aesthetic such as a flight bomber in a wool and cashmere flannel paired with a utility pant in brushed cotton gabardine. Work shirts are paired with matching flat-front trousers. It is street-inspired sportswear with an elevated sensibility and the palette is midnight blue and ebony brown, military green and cadet blue with accents of antique white and gold.

“It’s uniform-inspired,” said Bell, “which is the sexiest way for a man to dress. And navy is the new black. It looks so much fresher, but you get the same severity.”

Signatures of the line include a pin-dot lining, flannel elbow patches and burnished zippers. There will be two main collections a year with two additional capsule collections for holiday and Father’s Day, he said. “We want to keep new goods flowing constantly.”

He said Basco was designed by Barneys’ in-house merchants, who have been “developing top-notch collections for years.” The difference between Barneys’ private label classification product and Basco, he explained, is that Basco is designed “with a collection point of view.” He said it is “all about staples that can work with an existing wardrobe or stand on their own.”

Basco will sit on the fourth floor of the Madison Avenue flagship with the other contemporary sportswear labels such as Margaret Howell, agnès b., Pringle, Massimo Alba and Burberry London. “It’s not on the designer floor and it’s not Co-op,” he said. The pricing, however, will be about 25 percent less than similar sportswear brands. For example, wovens will retail for $225 to $275, sweaters for $285 to $395 and outerwear for $550 to $950.

“It offers the customer a designer look at a very competitive price,” Bell said.

In addition to New York City, the collection will be sold in most Barneys branches except Scottsdale, Ariz., and Dallas, Bell said. It is also expected to have a strong presence on the company’s recently revamped Web site. “That’s been as a big point for the brand,” Bell said of the Web site, “and will really drive the success of Basco.”

Kalenderian believes Basco fills “a void in the market. It is a great story that is part of the Barneys heritage, updated for today. The reintroduction of Basco is timed right, along with the recently redesigned and relaunched barneys.com.”

In its heyday, Basco also had a healthy wholesale business. Allan Ellinger, senior managing partner of MMG, an investment banking firm, who had served as ceo of Basco in the late Eighties, said the Barneys stores in fact only represented 12 percent of the line’s volume at that time. It was both men’s and women’s and was wholesaled to better retailers including Saks Fifth Avenue and Wilkes Bashford.

Even so, Bell said there are no immediate plans to offer the collection outside of Barneys. “We’ll see how strong it is, but for right now, we want to make something special for the Barneys customer,” he said.

Ellinger said the original Basco was a success because it had a “very distinctive point of view for that time.” And if Barneys can create that point of differentiation again, he believes it “gives it a reason to exist” and can be successful again.

The collection will be offered for sale beginning next week.