The luxe retailer is making a bold and dramatic statement by unveiling total renovations of its cosmetics and fragrance floors simultaneously on both coasts.

By Pete Born and Rachel Brown on October 4, 2013
View Slideshow 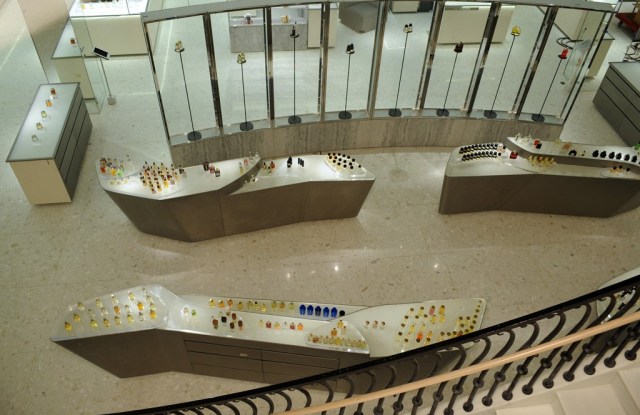 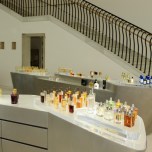 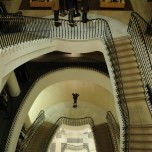 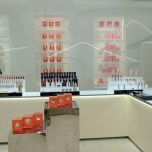 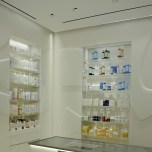 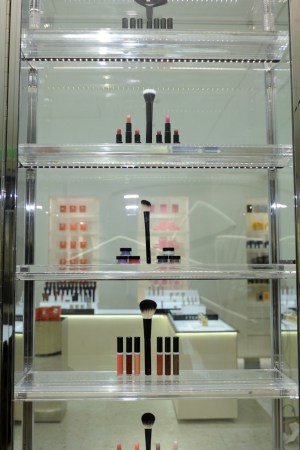 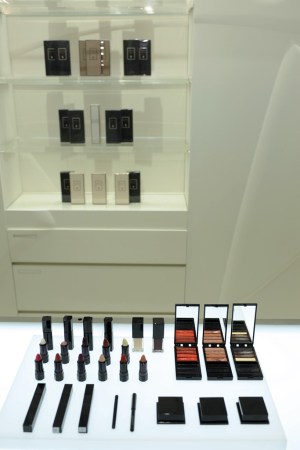 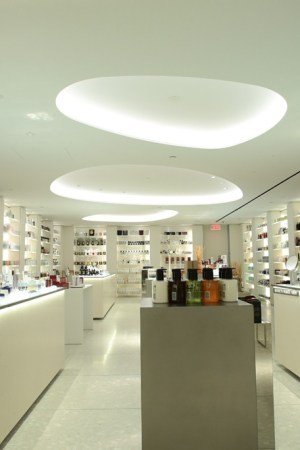 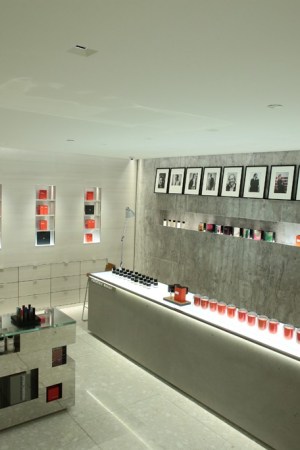 Barneys New York is making a bold and dramatic statement in beauty today by unveiling total renovations of its cosmetics and fragrance floors simultaneously on both coasts in the Madison Avenue flagship and in the Beverly Hills store.

This story first appeared in the October 4, 2013 issue of WWD. Subscribe Today.

The beauty floors are the latest iteration of Barneys’ new look, and a continuation of the retailer’s updates under new owner Richard Perry and the executive team, led by Mark Lee, chief executive officer.

The new floor design features Barneys’ sleek and contemporary signature, while also conveying a feeling of timelessness, through the use of traditional materials like terrazzo tile.

When asked what level of sales increases he expects from the renovations, Lee said, “We’ve been performing in the beauty category with double-digit growth for the last, going on three years, at this point. My expectation is that the increase of space and the investment in terms of beautifying and bringing the aesthetic forward I think is going to absolutely help us continue and potentially even accelerate that kind of positive trend that we’ve had.”

He declined to specify the size of the business. But industry sources estimate that beauty generates about 7 percent of the total business. The beauty floor on Madison Avenue is estimated to do roughly $20 million in total sales and the Beverly Hills unit is thought to generate $12 million. He indicated that one objective of the redesign was to emphasize the Barneys’ persona, instead of a reliance on flashy vendor identification that has been prevalent throughout the industry. “We’ve moved in a direction for the whole store away from shops-in-shop,” he said. “We’re not in the shop-in-shop business in any category and the beauty floor reflects that as well.”

The result is a more universal look that exudes Barneys’ modernism. “We have really been on a quest to create Barneys’ environment in terms of our own architecture and our own aesthetic,” Lee said. “At the end of the day, what comes out from the design is the products themselves. Ultimately, each brand is also identified by their product, by their packaging, by the colors of their brand and that’s what will come out of the neutral environment.”

The walls are covered in white French plaster, the design of the display cases is reminiscent of a modern medicine cabinet, white terrazzo tile is used and soft ambient lighting lights the products from below with uplit LED panels. Both the Madison Avenue flagship and the Beverly Hills store include a fragrance bar with a sculpted design, custom-made acrylic tester trays and lighting calculated to highlight the shape of the bottles. “We used luxurious materials in a subtle way that allows the product to be the main focus,” said the store’s creative director Dennis Freedman.

The architectural firm Steven Harris Architects had never done a retail space and the project required some study. “[We] wanted to design a space that is luxurious, abstract and sensual, but something different than your standard retail boilerplate,” said Steven Harris. “We really had to look at everything with fresh eyes and as though we had never seen it before.”

Daniella Vitale, chief operating officer and senior executive vice president of the store, said the Barneys staff has worked “to find brands and products that are more rare and exclusive. We put more of an emphasis on this several years ago, focusing on actual products and brands and now we have an environment — including treatment rooms that are transformative for the industry. We feel the experience should be a natural extension of the products themselves.”

Ben Gorham, founder and creative director of Byredo, one of the store’s top 10 brands, said he was puzzled by the plan at first, but he then understood it was about Barneys and showing off the brands, not vendor logos. “It feels very relevant,” he said. Frédéric Malle, whose fragrance brand also ranks in the top 10, said he already is sensing an increase in traffic. He described the new design as “more readable and accessible.”

The New York beauty floor, which was moved from the ground floor to the lower level in 2000, has been enlarged by 1,000 square feet by converting a nonselling area, and now totals 9,000 square feet. This project represents a continuation of a three-year renovation of the Madison Avenue flagship, which included a redo of the sixth floor men’s department in August. The women’s section of that floor is now being refurbished.

In Beverly Hills, the beauty department has moved from 4,300 square feet on the first floor to 8,000 square feet on the lower level, including treatment rooms and a stock room, in space previously dedicated to back-of-house operations. (The former first-floor beauty department will be taken over by jewelry, handbags and footwear.) Like in New York, a clean, architectural look defines the beauty area, which has almost 11-foot-high ceilings, mirrored columns, patterned walls, terrazzo flooring, counters illuminated by LED panels and acrylic shelving that makes products appear as if they are floating.

Lee said the addition of vendors and product launches reflects the store’s desire to amass a concentration of brands that are either exclusives or rarely distributed. There are discreet little XO (Exclusively Ours) positioned around the department. Lee ticked off a list of key brands. Malle and Byredo, both artisanal fragrance brands, are housed in their own 300-square-foot homes off the Madison Avenue floor, as is Serge Lutens, whose exclusive scents are sold only at Barneys and Serge Lutens’ Paris boutique. Lee said Barneys is launching Serge Lutens’ makeup this fall and also the new brand by makeup artist Troy Surratt. The store is also relaunching the Givenchy color cosmetics collection — which has been reimagined by Riccardo Tisci — and has an exclusive on the skin-care line.

The store is launching the first fragrance collection by makeup guru Terry de Gunzburg. “There’s a new line for men called Rituals, which has an Eastern bent,” Lee said. Other entries include Make cosmetics and a fragrance by Greg Lauren, the second in a series of the Barneys New York Fragrance Collection.

Lutens also ranks in the top 10. Others in the top 10 are 3Lab, Natura Bissé, Clé de Peau Beauté, La Mer, Chanel, Nars, Chantecaille and By Terry.

In terms of services, skin-care salons by the Los Angeles-based Mila Moursi have been added to both stores. In a telephone interview, Moursi said her product line is sold in other Barneys’ stores and she hopes these installations will serve as a springboard leading to the possible installation of her salon imprint wherever her brand is merchandised, as is widely done in Europe. Estée Lauder’s La Mer brand will have a treatment room in Beverly Hills. An exclusive for Madison Avenue is the addition of a blow bar, called B3 Barneys Blow Bar by Valery Joseph, who owns three hair salons in New York and a seasonal operation in Bridgehampton, N.Y. His Barneys salon will cover 600 to 700 square feet and have eight stations. A fashion store is a great place to cut hair, he said, because when a woman has her hair done “she feels great, feels pretty, so she may start thinking about shopping, going out and being seen.”

Joseph said he is planning on launching a hair-care line in Barneys in January.

Lee said there was an old outside entrance on 61st Street that was closed after a restaurant was moved from the lower level. Now it is going to be reopened so customers can have access to the salon before the store opens.

Asked what role beauty plays in the Barneys’ product mix, Lee turned somewhat philosophical. “For 13 years we’ve called the Madison floor the Foundation [because it was moved to the lower level] and now we’re calling it the New Foundation. It’s not only the Foundation of the store, but it’s the foundation of our customer’s wardrobe. Before they think about their clothes and before they think about their shoes and their bags, the first thing [the customers] do is take care of their skin, their body; the lotions and potions and all of that is how you start your day. It’s the foundation of giving you the fresh start everyday and the confidence. So it’s a huge complementary part of the total lifestyle.”