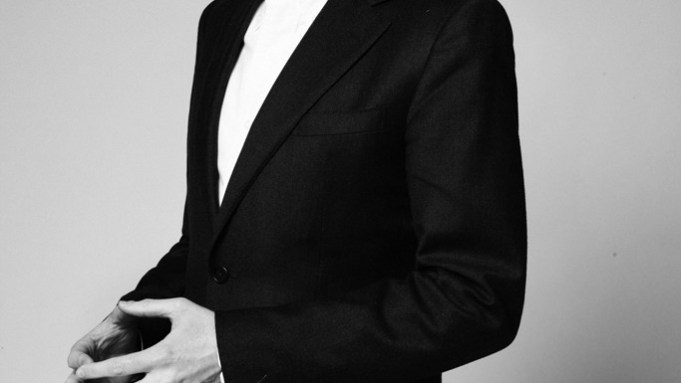 Mark Lee is putting his stamp on Barneys New York and his influence is perhaps most evident within the men’s department.

Although Lee has kept a fairly low profile, the changes that he has made within the men’s store speak volumes about his vision and the direction he’s taking the venerable retailer. This fall, the store has added a variety of new vendors, with more on tap for spring. Most of the additions are exclusives and several are only available in the U.S. at Barneys.

“Our overall goal is to ensure Barneys is really, truly the best specialty store in the world,” Lee told WWD.

And although Lee said he’s working on every category — from women’s and Co-op to Chelsea Passage — the new direction has really taken hold in men’s.

“Barneys began as a men’s store, and it’s had that heritage since 1923,” he said. “That gives it a unique position in the world and we need to work on keep moving that forward.”

But through it all, there has been one constant — Tom Kalenderian, the executive vice president and general merchandise manager of men’s wear, who has been with the store for more than 30 years and who cut his teeth under its legendary former owner, Fred Pressman. Pressman, son of founder Barney Pressman, is credited with transforming the company from a discount men’s store into a fashion emporium and was the first to bring Giorgio Armani to America.

“Nobody does men’s better than Barneys,” Lee said. “Tom is fantastic. He’s a direct link to Fred Pressman and Gene Pressman [Fred’s son and a former co-ceo]. Tom and Barneys have always managed to find new, rare and exclusive product. With me jumping in, it’s just pushed that up a notch.”

Kalenderian added: “The heritage of Barneys has always been to launch new talent. It’s indicative of the culture of the company and the Barneys customer expects to discover new, different and special things that are relevant and move with the trend.”

Lee said the men’s merchant team pounds the pavement to find new additions to advance the offerings at the store.

Case in point is Piombo, a respected Italian luxury label that is making its debut in the States exclusively at Barneys. The brand will be celebrated with a party at the store tonight.

“We have to thank Mark Lee, who fell in love with our project and with the Milan boutique,” said designer Massimo Piombo. “I think that the decision to add our label to its offering is part of Barneys’ general renovations, which are not just architectural but also involve products.” Piombo is especially excited about the Madison Avenue windows that are being dedicated to the brand. “In order to reflect our aesthetics, we will decorate it with our signature yellow and black panels, carpets and plants, creating a sort of tiny forest,” he said.

Lee agreed that he was first attracted to the brand’s store in Milan. “I had been a customer and a fan,” he said. “Tom and I felt it was the right time [to bring it to the States.] It’s clothing, furnishings and accessories, and we saw it as an opportunity since it wasn’t present in America. It’s our way of updating and bringing forward Fred’s idea of haberdashery.”

Lee said Piombo is one of several new additions this season. “There are one or two special things per floor on Madison Avenue,” he said.

Another newcomer is Andrea Campagna, whose updated clothing collection is being housed on the seventh floor. “Tom is responsible for that,” Lee said. “He had known of him and his father, Gianni, who was a master tailor. Andrea’s collection is new, modern and fresh but keeps the tradition of real Italian master tailoring.”

Kalenderian said the clothes are “young and modern, but based on an old-world sartorial luxury. It’s an interesting blend, and something a runway client would buy.”

The collection, also exclusive to Barneys, has been “performing exceptionally well,” Lee said, noting that it has “only been in the store for a handful of weeks.”

Turning to the Co-op, Barneys’ more edgy cousin, additions include AMI by Alexandre Mattiussi, a line of modern classics, along with Alexander Wang, who has created a men’s collection for Barneys that is exclusive for this season and next.

Other changes in store include the addition of Fendi on the second floor, joining Armani Black Label and Prada, as well as an “outpost of men’s accessories,” Lee said. “We’ve created a luxury Italian floor with a new energy and a nice connection to the third floor.”

On the third floor, Lee said there’s are several “special things there” including the return of Alexandre Plokhov. “Barneys had a relationship with Cloak,” Lee said of Plokhov’s former brand. In fact, the designer actually used the eighth floor at Barneys to show his spring collection during fashion week.

Other new additions include Black Fleece, the Thom Browne-designed brand for Brooks Brothers, whose furnishings are being offered on the main floor and tailored clothing on the sixth, as well as Monique Péan, “one of the great women’s jewelry brands,” according to Lee, which will launch in men’s for holiday.

Kalenderian also pointed to the Camoshita by United Arrow line, as well as Ian Velardi, the agnes b. collaboration, Costume National, Jack Spade clothing and additions in footwear and accessories as giving new life to the men’s mix. “There is a lot of good, tasteful, relevant product in the market,” he said. “It’s a creative moment.”

Lee said that spring will see additional newcomers in men’s as well. “Michael Bastian will be back next season and we’re working on something special for tailored clothing.” In addition, Salvatore Piccolo’s handmade shirts will be added on the main floor. This, along with Piombo, “will add a lot of energy to the sport furnishings world,” he said.

Lee noted that brands “have control who they sell to but the power of Barneys’ position in men’s wear” has helped the store score exclusives in a time when all its competitors are clamoring for the same thing. “They know if they give us the exclusive, we will really get behind it with our press, Web site and marketing.”

Kalenderian acknowledged that “there’s more competition in men’s than ever before, but there’s also much more talent.” But before Barneys decides to add a new brand, it has to be trend-right, Kalenderian said. “Piombo is not a new brand but we felt it was really in sync with our strategy and where men are today, which is dapper, but slightly eccentric.”

Staying in sync with its customers has been a hallmark of the store over the years. “Our success at Barneys is always moving and not standing still,” Kalenderian said. “Management is extremely sensitive to planning for the evolution of the business so people contact us as the place to launch and feature their brand.”

They also may sense that Lee is working hard to bring Barneys back to its prime position in the retail industry.

Istithmar World, the investment arm of the state-controlled holding company Dubai World investment fund, bought Barneys in 2007 from Jones Apparel Group Inc. for $942 million, and has since pumped millions into the stores. The retailer’s valuation declined sharply in the recession and it accrued significant long-term debt. For the past several years, the retailer has been mired in a sea of red ink — losses reportedly approached $60 million last year — and it was criticized for overexpanding and losing its edge. Its volume is reportedly in the neighborhood of $675 million to $700 million.

Without disclosing figures, Lee said Barneys is benefiting from a recent rebound in business at the luxury end of the market. “All things considered, we’re happy with the trend of the business, and men’s is pulling its own,” he said.

Kalenderian said the luxury level is doing best at the store, driven by classic and designer apparel and footwear. Accessories is also experiencing “major double-digit” growth.

Business is expected to be further bolstered by a multimillion-dollar renovation under way at the Madison Avenue flagship. In August, part of the main floor was revamped, with another round planned for after the holidays. Construction on the eighth floor is nearly complete, with the men’s and women’s Co-ops being combined. “That should give us a big jolt there,” Lee said.

Beyond that, he said the rest of the store will be renovated at the pace of “a couple of floors a year. It’s always an ongoing project working on stores.”

So is the crystallization of his vision for Barneys. “It’s a big work in progress,” he said. “That’s the nature of retail, the world changes every day and you have to change with it.”

That said, this is Lee’s first foray into the retail end of the apparel industry, and he’s loving every minute of it. “I’ve spent most of my career at great fashion houses, so having the freedom of seeing the whole market and being multibrand is very freeing for me,” he said.