At 93, the retailer looks back on its creative DNA. 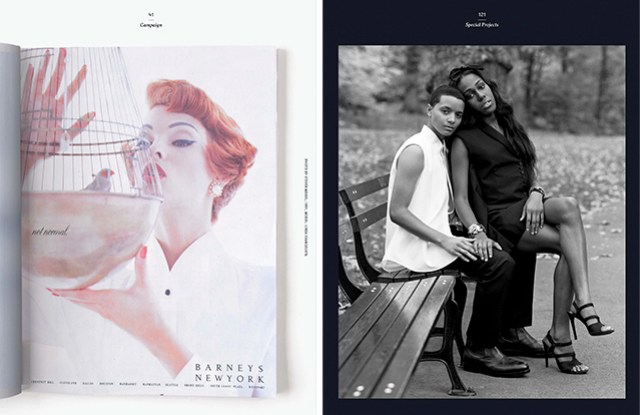 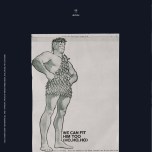 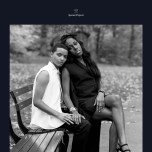 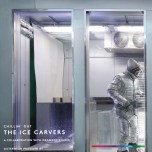 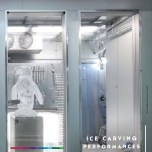 Three hundred and four pages seems hardly enough to chronicle the creative body of work from the retailer’s subversive past and artfully edgy present.

The Sagmeister & Walsh-designed fashion art tome has an energy, from the dizzying graphic wavy striped endpapers to the spreads juxtaposing decades and disciplines. Essays, executive profiles, quotes by famous shoppers — Andy Warhol provided a droll commentary on the store — are interspersed throughout along with recipes from Freds founding chef Marc Straussman that can be torn out.

Warhol’s blurb captures his trademark blend of irony and indifference: “I don’t care what I wear or anybody wears. I want to see into people even if I see a big gaping hole. Barneys is OK though. They believe in free speech. If you want me to say something nice about it, just add it in. I don’t care.” The quote appears opposite Richard Avedon’s 1969 portrait of Warhol, and in abridged form on the back cover.

Barneys has always had a knack for reflecting the issues roiling society at any moment in time while adding its own voice to the discussion. Artist Tom Sachs’ “Hello Kitty Nativity Scene” for Barneys’ 1994 holiday windows, is an example, with the three wise men represented by Bart Simpson dolls, and Mary and Jesus as “vulgarized kittens,” according to the Catholic League, which wanted it removed from the window.

“We unanimously decided we weren’t going to do a conventional book,” said creative director Dennis Freedman, who spearheaded the project. “We didn’t want to organize the book in a linear or chronological way. We wanted a book that expresses DNA of the store since it opened in 1923.”

Barney Pressman, the self-styled cut-rate clothing king, founded his business that year in a 28-foot-wide shop on the corner of Seventh Avenue and 17th Street. Early on, he displayed a canny sense for advertising, printing “Barney says: You, too, can now afford to wear expensive clothes” on red match books. Pressman, who died at age 96 in 1991, lived long enough to see the high-end aspirations of his son Fred fully realized, but not the 1993 launch of Barneys’ 230,000-square-foot flagship on Madison Avenue, which was led by Fred’s son Gene.

“There’s no point in being coy about what happened next,” says the book. “Barneys went through a messy, troubled period that resulted in bankruptcy and the closing of the Seventh Avenue store.”

When the retailer emerged from Chapter 11 in 1999, it was without the Pressman family.

“We’re exquisitely aware that there would be no Barneys without the genius of the Pressman family. We wanted to honor all the Pressmans,” said Freedman, explaining that the book is dedicated to Barney and the entire clan.

During the Sixties and Seventies, Jack Byrne put the men’s retailer on the map with “Men of Destiny,” a TV commercial and “Jay and Day” radio spots. In a 2015 interview with Byrne, shortly before his death, he takes credit for inventing the Barneys warehouse sale. Byrne asked luminaries such as Warhol, Jacob Javits, Mickey Mantle and Joe Namath if Barneys needed a new International House and printed their answers in ads in the New York Times.

“Times changed, talent changed, but we also looked for very specific people to collaborate with,” Freedman said. “During those crazy years, Simon was doing windows that were social satire. In the book, those are juxtaposed with imagery that shows how things were done more recently, like the collaboration with Baz Luhrmann.”

Freedman was referring to “Bazz Dazzled Holiday” in 2011, when windows featured ice skaters, break dancers and an opera singer. Other holiday blockbusters such as Gaga’s Workshop in 2015 extended from windows to limited-edition gifts.

Through the years, Barneys has worked with top photographers such as Corinne Day, Herb Ritts, Nick Knight and Juergen Teller, and artists including Warhol, Jean-Michel Basquiat, Alex Katz and Sterling Ruby.

“The key thing is that Barneys has always sought out excellence,” Freedman said. “In paving their own way, everyone had a voice and the voice married to our idea of what gives the store a focus.”

“How Does a Store Acquire a Soul,” an essay by Vanity Fair contributing editor David Kamp plumbs Barneys’ history to find out “how over this long period of time did Barneys become more than a store. It’s so much more than a place where you buy clothes,” Freedman said.

Immortalized in a “Seinfeld” episode, name-checked and frequented by Sarah Jessica Parker’s character Carrie Bradshaw in “Sex and the City,” and woven into a “Will and Grace” story line, Barneys has secured a place in the pantheon of popular culture.

In recent years, Barneys has made merging fashion and social causes part of its mandate. “Brothers, Sisters, Sons, Daughters,” the spring 2014 catalogue shot by Bruce Weber, brought the lives and stories of transgender men and women to the forefront before Caitlyn Jenner or “Transparent” were on the country’s collective radar. In an interview, the lensman discusses the “Brothers, Sisters” project and other work for the retailer, including his shoot for Barneys’ return earlier this year to Seventh Avenue.

The book, which was edited by Christopher Bollen, comes in a cloth-covered trade edition, $85. A limited-edition version with a three-dimensional molded “B” is exclusively available online and at select Barneys stores for $295.