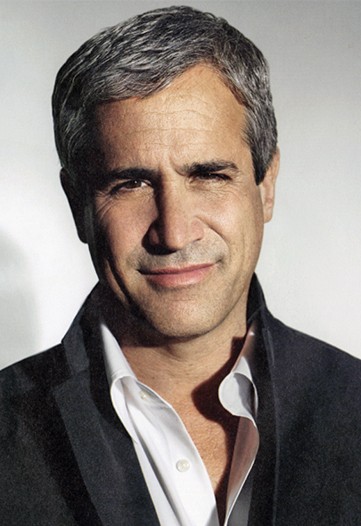 NEW YORK — A new era will begin at Barneys New York from the outside looking in.

On Monday, the retailer tapped Dennis Freedman as creative director, with responsibility for the company’s overall creative direction, including the Co-op and barneys.com. He will spearhead all photographic and video images, graphic design, store design and image, and visual merchandising. Freedman will also serve as creative curator of the Barneys New York windows, working with various artists, designers and collaborators, including Simon Doonan.

Doonan — the former creative director, who had overall responsibility for Barneys’ windows for the past 25 years — has been named creative ambassador-at-large, effective immediately. In this role, Doonan will continue to be a key media spokesman for the company and will contribute to special window projects, host special events and serve as a roving ambassador with ties to all creative and communication areas, including social media.

Doonan’s iconic, traffic-stopping windows at Barneys have been a fixture in the retail world — a witty and entertaining mix of kitsch and pop culture. He has also served in various roles in marketing and communications at the retailer during his tenure.

Beyond Barneys, Doonan has had a busy extracurricular life, including writing a fashion column for The New York Observer and several books, appearing on TV shows and decorating the White House Christmas tree.

Lee, Freedman and Doonan all declined comment on Monday. However, Lee issued a statement, which said, “Simon has been an intrinsic part of Barneys’ DNA for close to 25 years. I am thrilled to work with him and to have him continue to bring his unique wit and multifaceted talents to Barneys in this new role of creative ambassador-at-large.”

Freedman, who begins next Monday, will report to Lee. “Dennis is a visionary and innovator with great experience and talent across the worlds of fashion, photography, art, design and architecture. He will bring his tremendous eye and impeccable taste to lead the new creative direction of Barneys New York,” said Lee.

Freedman spent 20 years at Fairchild Publications, most recently as creative director of W magazine. He left W in April, following the arrival of editor in chief Stefano Tonchi. During his tenure, Freedman pushed artistic boundaries making W’s photography one of the standouts among the magazine world. In addition, he has commissioned original work from numerous contemporary artists.

“For decades, Barneys New York has stood for creative innovation. Starting from New York, which is the most culturally dynamic city in the world, I will strive to incorporate modern creative energy into the Barneys brand in the years ahead,” stated Freedman.

Observers believe Lee wants to completely overhaul Barneys’ image — from the merchandise and visual displays to the windows.

Neil Kraft, a former Barneys creative director who owns his own ad agency, KraftWorks, said, “For the past 25 years, Simon has been the lifeblood of Barneys visually. It’s a pretty radical step to bring in someone from the magazine world. He [Simon] has been one of the people who made Barneys what it is over the last 25 years. [But] 25 five years is a long time. It’s probably great for Simon, and Mark wants to make his mark. It’s a really unique place. They’ve never been able to find the magic that was there when the Pressmans owned it.”

Sam Shahid, partner in Shahid & Co., said, “I think it’s great. Everything needs a change. It’s so representative of the past. It will be really interesting to see what happens. It’s a big job for him [Freedman], and he has great taste and a great eye. But how will Simon [the spokesman for the store] speak about Dennis’ windows? That’s the big question. Mark [Lee] is trying to make it more sophisticated and less kitschy and less campy. After a while, it became a caricature of itself.”

“I think the world of Dennis and his abilities,” said David Lipman, owner of the ad agency Lipman. “What Dennis did at W was unprecedented. I think he will be incredible at Barneys. I think he’ll add so much to that store. Barneys, to me, will always be about the Gene Pressman years and the Barney Pressman years. Simon’s supertalented and he did a lot for the store. Dennis will open up a lot of eyes. He’ll understand what’s in that store and give it a sophisticated but modern personality. It’s become a box with the exception of Simon’s windows. There will be a bigger emotional connection to the store.”