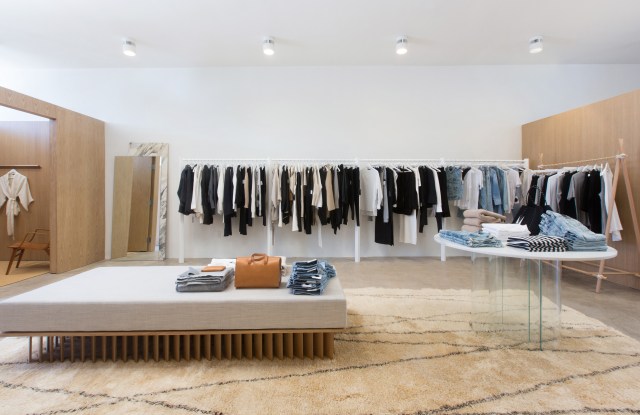 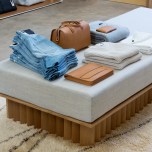 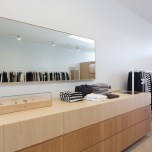 Australian label Bassike has officially landed Stateside backed with a plan for additional growth on the West Coast over the next five years.

The company’s first international door is located on Lincoln Boulevard in Venice, Calif.

“We always wanted Bassike to be a global brand,” said cofounder and designer Deborah Sams. “We’ve been in business nearly 10 years and we felt that as a brand, we were ready to take on the international market. And we felt that the U.S., and particularly California and Los Angeles, was a great place to start in terms of positioning.”

The goal would be to open one door annually, with two to three in Los Angeles County and then potentially moving north to San Francisco.

The company enters the market with a short-term strategy focused on selling direct to consumer through its store and a U.S. Web site that launched this week. Consideration for wholesale could come in the next 12 to 18 months, depending on how well the store does, Sams said.

Bassike currently counts about 150 accounts globally, with a sizable business in Japan where Sams said there’s potential opportunity to open a store. The wholesale strategy, if born out in the U.S., will be similar to that of Australia with a focus on high-end retailers catering to other luxury brands, Sams said.

Bassike currently operates seven stores in Australia and there’s room for additional unit growth there at a pace similar to the U.S., Sams said.

Sales, which the company declined to disclose, are about evenly divided between the online and offline channels.

Sams and the company’s other cofounder and designer, Mary Lou Ryan, are sole owners in the business, which has about 75 workers companywide.

“At this stage, we’ve been able to fund the growth of the business and we wanted to make our business organically grow through that,” Ryan said.