Bricks-and-mortar stores are becoming more category-focused, while e-commerce is strategizing for significant growth. 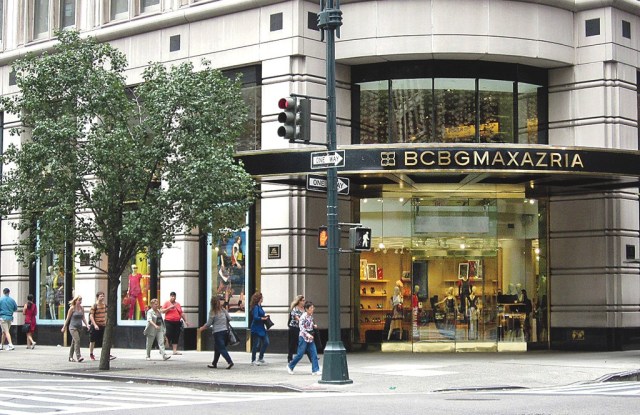 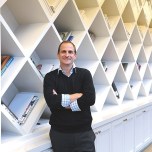 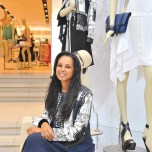 Retail has always been at the cornerstone of the BCBG Max Azria Group — and that will continue as its stores and e-commerce operations evolve to suit contemporary customers.

The company also operates 86 BCBG factory outlets and one Léger outlet, and a total of 100 stores and partnershops via international licensees across the three brands.

The stores are entering the omnichannel revolution as BCBG invests in its digital infrastructure to improve its e-commerce business, and advances toward in-store pickup of Web orders and endless aisle capabilities.

“We are not on a mandate to grow or contract,” she remarked. “Right now, we are really looking for organic growth. We are looking at growing in classifications.”

Describing BCBG’s retail business as “OK,” Schultz said the push for this year to rev up retail sales is to build upon the accessories category at the stores and boost manufacturing for the outlets. “We have accessories departments within the stores, but we also will do lots of [consumer education] on the accessories. We are really looking to put a huge focus on this area,” she said.

BCBG’s production specifically for the outlets declined as excess merchandise from its full-price operations took care of outlet needs, but that dynamic has changed.

“A few years back, we did more manufacturing for them and then our inventory levels were higher than we had planned, so we were using [the outlets] to liquidate product. Now that we are back to manufacturing for our factory division, we have seen our numbers improve there,” said Schultz. “Our full-price division is outperforming our factory division in top-line sales, and our e-commerce division is outperforming all other divisions.”

If and when the retail expansion engine kicks back into high gear, BCBG views BCBGeneration, its concept aimed at younger customers with lower-priced merchandise, as having the most immediate potential for growth. “We plan to grow both [the BCBG Max Azria and BCBGeneration] brands, but certainly there is more opportunity [with BCBGeneration]. The price point for Generation allows for more distribution and accessibility for a larger audience.”

BCBGeneration’s 16 stores are smaller — 2,000 square feet on average, compared with the 3,500-square-foot average for BCBG Max Azria stores — and are assorted differently from the BCBG Max Azria units. “There is a lot of pick-up product in those stores. Denim and T-shirts are in those stores, but there are also a lot of gadgets in those stores that she can touch and feel and interact with,” said Schultz.

BCBG isn’t finished exploring new retail and merchandising ideas. Men’s, which Schultz mentioned BCBG experimented with previously, is a possibility, as is bridal. “We have discussed a bridal store,” said Schultz. “We have done bridal in the past, but it is a discussion at this point. It’s such a specialty business and, if we do it, we want to do it right and, at the moment, we are not set up to do that business right.”

Max Azria, founder, designer, chairman and chief executive officer of BCBG Max Azria Group, has certainly had ambitious global retail plans over the years, but those have been scaled back. Once promising retail prospects in BCBG’s portfolio, Alain Manoukian and G+G Retail — parent of the Rave and Rave Girl chains that BCBG called Max Rave before shuttering them in 2011 nearly five years after acquiring G+G’s 488 stores stretching across the U.S. and Puerto Rico — have been relegated to BCBG’s retail history.

Azria’s retail dreams began when he arrived in the U.S. from Paris in 1983, and launched a retail concept he dubbed Jess to offer French fashion to American women. Six years later, the BCBG Max Azria Group was born — and Azria set out to make bold retail statements with his namesake company.

Schultz, who has worked at BCBG for 18 years, recalled, “When I started with the company, we had fewer than 30 stores in the U.S., and what I really thought was very impressive is that Max and Lubov [Azria, BCBG Max Azria Group’s chief creative officer and Max’s wife] already had stores in some very key markets. There was already a store on Rodeo Drive. There was already a store on Madison Avenue. There were stores in San Francisco and in Montreal, and the factory stores started one year after inception.”

BCBG Max Azria’s retail format was introduced in 1993. “It represents the lifestyle of the company, and all of the product categories that we carry. Max and Lubov spent a lot of time on the details of the brand’s vision. They want the customer to come and really be engulfed in the brand,” said Schultz.

Things in the retail industry in general — and at BCBG Max Azria Group’s stores — have changed quite a bit, though, since the BCBG format was established. Inside the stores, the merchandising strategy has shifted. While merchandise used to be organized largely by fabric, Schultz related that a sophisticated, lifestyle approach has taken over.

“We had merchandised very, very simply. Things were primarily solids, and we merchandised that way,” she said. “Our selling was also the same. We taught the teams at that point about clean, simple lines. What you would see on a mannequin was a simple silhouette, and everything on the runway was a simple silhouette. What you see today has a very different feeling. It is 100 percent led by the consumer. The consumer has different shopping patterns. She doesn’t buy all of her clothing from one brand, and she doesn’t wear one fabric or color from head to toe or all the time. We adapt our merchandising to meet her needs.”

Meeting customers’ needs today  means having robust e-commerce functionality. At the end of last year, David Weissman, executive vice president of e-commerce and omnichannel at BCBG Max Azria Group, came on board, signaling the company’s commitment to digital improvements. “My hire signifies the company’s excitement to double down on e-commerce. It was a good business that’s going to receive a lot more investment and a lot more creative, dynamic components to accelerate growth.”

In his first few months at BCBG, Weissman observed the company’s operations and outlined six investment pillars to be addressed to enhance its digital underpinnings.

“We are starting to build those features, and we plan to roll them out over the next 12 months and then at a higher level in the next 36 months,” he said. “I think everybody came here and expected me to make massive changes right away, but it was important to go a bit slowly. The business was experiencing nice growth. I didn’t want to upset the apple cart and make changes for changes’ sake.”

The six pillars to be addressed are the marketing organization, the Web and mobile experience, omnichannel efforts, operations, market expansion — within the next several weeks, BCBG will begin to ship to 100-plus countries from its Web site — and organizational advancement. Weissman deemed the last pillar the most important.

“We are bringing in skilled, experienced e-commerce professionals to help support these other initiatives. I have found some really good people that I have brought in recently,” he said. “The team numbers in the high 20s, and we will bring it up to about 40.”

With a bigger team, BCBG can take a deep dive into data about its customer base. “That’s one of our goals for this year. Philosophically, retailers are moving away from looking at their customers by channel. Customers don’t necessarily shop in one channel,” said Weissman. “You need to understand all of our customers in one bucket and in one view and start to segment, based on where they shop. We don’t look at them as different customers, and I don’t think customers look at channels any more. They look at brands.”

In terms of digital programs that will make an impact in the short term, Weissman pointed to BCBG’s optimized mobile experience. “Fifty percent of our e-mails are read on mobile and upward of 30 percent of our traffic is on mobile. So, I think that will help drive additional revenue and conversion,” he said.

In the longer term, omnichannel proposals such as in-store pick-up of Web orders and the ability for customers to order merchandise not in the store when they are shopping in the physical environments will lift BCBG’s sales. Generally, retailers “are doing anywhere from 5 to 20 percent of their business through these omnichannel initiatives. If you are a $100 million retailer, you can do $5 million to $20 million through omnichannel. That is the benchmark we are using as we go into that,” said Weissman.

Overall, Weissman estimated that BCBG’s digital business should grow to two to three times its size in roughly the next 36 months. “We are competitive, but I think we can do better, and I think we can do better than other retailers, given the number of assets we have,” he said. “We can leverage our video assets and our photography assets better, both online and in-store. I think that we do a good job, and we are embarking on initiatives to do a great job.”

Schultz doesn’t believe e-commerce initiatives would be a drain on stores. In fact, she believes they would have the opposite effect.

“We have definitely seen a shift in traffic at malls. We are working on getting our assortments right and getting knowledge. We are upgrading our systems, so we have better information on the customers and can assort and allocate better across all channels,” she said. “If we have the right merchandise in the right place when the customer wants it, or we can get it for her, that’s the right thing to do. We will use our online channel to drive her into the store.”