The day after Lyn Kirby took the helm, she called in a design team to put her vision for the Kansas City, Mo.-based retailer on paper.

By Molly Prior on January 9, 2015
View Slideshow 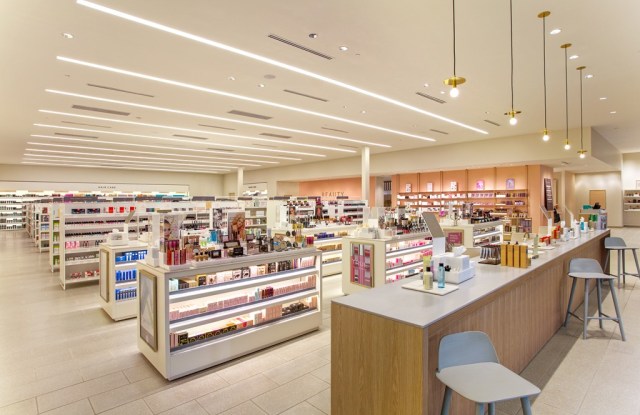 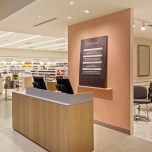 The day after Lyn Kirby — the former force behind the rise of Ulta Beauty — took the helm at Beauty Brands, she called in a design team to put her vision for the Kansas City, Mo.-based retailer on paper.

Nearly one year later, Kirby is giving the first glimpse of Beauty Brands’ future: A new store concept designed as a sleek yet approachable retail and salon space filled with upscale brands, where play is encouraged at every turn.

“The main inspiration is three words: modern American beauty,” said Kirby, chairman and chief executive officer of the 58-store chain. “We didn’t think that was being offered in the manner that it could be. There’s a timelessness to American beauty that we wanted to hit. No matter where she lives, [the consumer] is looking for a very cosmopolitan beauty experience.”

To Kirby, this effort isn’t simply a store redesign. It’s a reinvention. Her ambition is to elevate the shopping and services experience while rapidly expanding Beauty Brands’ footprint. Kirby, who teamed up with a private equity firm to acquire a majority stake in Beauty Brands in December 2013, envisions the company as a chain of 1,000 doors spanning the coasts and everywhere in between.

“The goal is to make this regional player a national chain,” declared Kirby.

Two concept stores opened in December. The plan is to open another six concept stores within the next six months, and then dramatically accelerate from there. The goal is to open or remodel 30 doors in 2015 and 60 doors the following year.

While the details are different, it’s a tactic Kirby has used before.

In 1999, while at an airport waiting for an early-morning flight to her final interview at Ulta, Kirby penned a vision for beauty that hadn’t existed before: to house mass market, salon and prestige products under one roof. In a little over a decade at Ulta, Kirby achieved just that, growing from an 85-unit emporium to nearly 350 stores, where Lancôme is sold alongside Revlon.

But the goal here is different: Rather than allowing mass and prestige brands to cohabit (as they do at Ulta), Kirby is bent on offering a luxury beauty experience. She intends to attract iconic brands as well as independents. In the last six months, she added L’Occitane, Julep, Nest candles, REN, Eyeko, Indie Lee, and Rodial Skincare to the fold, among others. Independent brands are housed on freestanding fixtures with many of the megabrands occupying the wall displays.

The concept, created by research and design firm Kiku Obata & Co., is now on view at two newly opened Beauty Brands stores, located in Lawton, Okla., and Southlake, Texas. Upon entering the store, customers are greeted with a long bench — called the “beauty bench” — where they can sample products independently or with the help of a sales associate. There is also a fragrance bar and hair-care bar for experimentation and play. The salon, which in past store models was in the back, is now located off to the side of the entrance.

“Without any invitation whatsoever, shoppers naturally congregate around these discovery areas,” Kirby said about the new concept stores.

Beauty Brands has also expanded its services with treatments from Peter Thomas Roth, Murad and L’Occitane. To accommodate those changes, a 7,500-square-foot space includes a salon, two spa rooms and manicure and pedicure rooms.

The changes are tailored to Beauty Brands’ core customer, whom Kirby describes as a college-educated consumer in her mid-30s with a household income north of $80,000. “She is today’s generation of a soccer mom. She’s getting her hair blown out twice a week and views a manicure as worth five visits to the shrink,” quipped Kirby.

“The vision is to be an innovative beauty location that is constantly changing with the needs of women. If we do that right, we will ultimately be a strong national brand,” Kirby said. “This is a total reimaging of the brand.”