WWD visits the first freestanding NYX store on the East Coast and see how it stacks up versus neighboring powerhouse MAC Cosmetics. 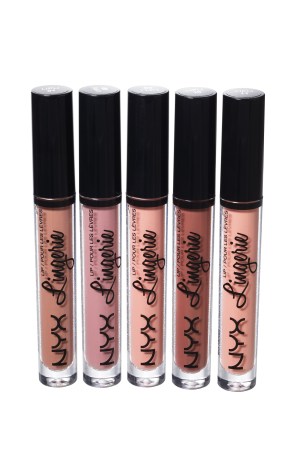 WWD visits the first freestanding NYX store on the East Coast and see how it stacks up versus neighboring powerhouse MAC Cosmetics.

Shopper: Carly Fanslau at MAC Cosmetics
Mission: Stocking Up on Staples
A teacher’s holiday was the perfect excuse for elementary school supervisor Carly Fanslau, 32, of Toms River, N.J., to swing by MAC to replenish some staples she was running low on. Fanslau loves makeup and scours Instagram and Pinterest for inspiration. She is also a MAC devotee—carrying no fewer than 10 shades of the brand’s Lipglass, Lipstick and Lip Pencils in her purse at all times. “I’m not comfortable changing [brands],” says Fanslau. She swears by the MAC Pro Longwear range for its staying power, noting, “I work really long hours. It stays on for the whole day and I don’t have to worry about it.” Fanslau, who spends about $2,000 on beauty annually, sticks to a list while shopping, and rarely deviates from it—even in a playground like MAC. “You never have to do the same thing if you don’t want to,” she says, “but if you want to, that’s great, too.”
Total Spent: $115.56

Shopper: Angela Babicz at NYX
Mission: Lips Like Kylie
When you’re a newly minted reality TV personality with a premiere party to attend in a week, new makeup is a must. Self-proclaimed beauty junkie Angela Babicz, 25, just wrapped shooting the new season of Oxygen’s Bad Girls Club and popped into NYX to test out new lip looks for the red carpet event. First on her list is Lip Lingerie liquid lipsticks, which the Clifton, N.J., native says are affordable substitutes for the sold-out Kylie Jenner Lip Kit. Babicz, who spends approximately $2,500 annually on makeup from brands like NYX, MAC and Make Up For Ever, looks for products that are “trendy and in.” She typically prefers the convenience of online shopping, but made an exception for today’s visit. “I’m a huge fan of the Kardashians,” says Babicz. “I follow everything they do, so whatever they’re using, I’m like, ‘I gotta go out and get that right now.’”
Total Spent: $53.57