The gloom is beginning to lift for department store beauty retailers, and some are entertaining ideas of ending the year with a tiny increase.

By Julie Naughton and Pete Born and Kristin Finn on December 5, 2003
View Slideshow 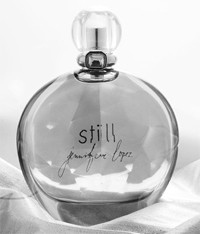 NEW YORK — The gloom is beginning to lift for department store beauty retailers, some of whom are so confident this season that they are entertaining ideas of ending the year with a tiny increase.

This story first appeared in the December 5, 2003 issue of WWD. Subscribe Today.

A number of major department stores are sure of finishing the year even with 2002, an achievement considering the last two years of downward-spiraling business. But that flatness comes at a great cumulative cost for vendors in terms of high-powered fragrance launches.

Federated Department Stores is poised to finish the season strongly in the fragrance business, if the last 10 days pan out. That brief period accounts for 60 percent of the business.

The momentum is there. September and October were “outstanding, significantly exceeding plan,” according to Thia Breen, senior vice president of cosmetics for the Federated Merchandising Division. The November fragrance business made plan, but without the earlier intensity.

The men’s business was “more challenging than the women’s,” primarily because there were fewer launches this fall and the new entries were overshadowed by last year’s powerful showing. But the men’s classics came through, particularly Giorgio Armani’s Acqua di Gio for Men, Ralph Lauren’s Polo Blue, Calvin Klein’s Eternity and Obsession and Jean Paul Gaultier’s Le Male. Among the women’s classics, Donna Karan’s Cashmere Mist remains strong and Chanel No.5 is on fire as a result of its repackaging — the oldest fragrance on the market is yielding double-digit growth. Chanel’s Coco Mademoiselle and Chance also are doing well.

The men’s introductions that have done well across Federated include Kenneth Cole Black, Aramis Life and Lacoste. Among the women’s introductions, the top performers at Federated included Estée Lauder’s Beyond Paradise, which Breen described as “clearly outstanding”; Jennifer Lopez’s Still; Burberry Brit, which is in limited distribution, and Dolce & Gabbana’s Sicily, which is in only three Federated divisions.

Executives at the Macy’s West division have more reason to smile this year; it leads Federated in fragrance gains. The category at Macy’s West has been so solid that the outlook is to finish the year at least flat. With Christmas falling a day later than last year, there is a chance that the San Francisco-based division could even end the year with a 1 or 2 percent increase in women’s and men’s fragrances combined. The fragrance business was flat for the spring season at Macy’s West. So a strong finish over the holidays could push the category ahead for the year.

Elizabeth Morello, senior vice president and general merchandise manager of cosmetics and fragrances at Macy’s West, said there have been some strong fragrance launches, but the present power of the category has stemmed from the classics and the existing powerhouses, such as the Chanel franchise, Donna Karan’s Cashmere Mist, the Estée Lauder and L’Oréal fragrances, Jennifer Lopez, Burberry Brit and the rest of the Burberry group and even Calvin Klein’s Eternity.

Morello started by noting that Chanel No. 5 is strong, but she added Chance and Coco Mademoiselle to the list, meaning that the entire franchise is showing strength. Lauder also has been vigorous, in terms of Beautiful and Pleasures, and Beyond Pleasures “is a wow.” Morello says the fragrance launch has won new customers for Lauder, judging from the pickup in the brand’s makeup business. “Their Pure Color business continues to be very strong,” she said. Also she has spotted young women carrying the handbag that Lauder merchandised as a purchase-with-purchase item and the tote bag that was given away as a gift-with-purchase.

“A gigantic wow” came from Lopez’s new Still. As predicted, sales of Lopez’s fragrance from last year fell off, but not as much as expected, leaving the combined brand with a double-digit increase. Ralph Lauren’s Romance continues to sell well as does the youth-oriented Ralph.

Lancôme’s Miracle and Tresor have been flat for the season, but have been producing single-digit increases for the month. Among the new women’s launches, Very Irresistible Givenchy has been selling well. Burberry’s new Brit has been hot, except it is distributed in too few Macy’s West doors to make a major impact. However, Brit has sparked strong increases in the other Burberry fragrances.

As in the rest of Federated, the men’s fragrance business has been more challenging, mainly because of the falloff in the number of launches, compared with last fall. But after “a very slow start,” the men’s category turned the corner in the last four weeks, thanks largely to performances by classics like Acqua di Gio for Men and strong newcomers like Aramis Life.

One major department store retailer noted that Christmas is shaping up to be “decent” this year. “Things are better than they’ve been in awhile — now the trick is to see if we can sustain that,” said the executive, noting that one of the healthiest categories currently is prestige treatment. Among the strongest treatment sellers: Chanel, Estée Lauder, Shiseido, Lancôme, Clarins and Clinique. Christian Dior and Elizabeth Arden are also “doing well.”

Things are more challenging in fragrance, said the executive, noting that the category is currently flat. Several executives said, however, they consider that a victory, taking into account the challenging conditions that have plagued the category during the past year and a half. On the women’s side, core brands are doing well thus far — especially perennial Christmas bestsellers Chanel No.5, Estée Lauder’s Pleasures, Elizabeth Taylor’s White Diamonds and Calvin Klein’s Eternity — and newer standouts include Lancaster’s Still Jennifer Lopez, Estée Lauder’s Beyond Paradise, Chanel’s Coco Mademoiselle and Unilever Prestige’s Vera Wang.

Dave Steiner, divisional merchandise manager for cosmetics and fragrances at Marshall Field’s, is optimistic about holiday prospects. “We are seeing and expect to see a more rapid sell-through of top brand value sets,” he said. “We are particularly excited about this performance because it means that as we get to the last days before Christmas, we can look forward to a regular price, high average unit sale container program.”

Steiner is bullish on Christmas. “We have it planned to be better than last year, and we are confident that December to December, we will see plus business for fragrances.” Women’s standouts at Fields include Dolce & Gabbana’s Light Blue, Burberry Brit, Giorgio Armani’s Sensi, Thierry Mugler’s Angel, Vera Wang, Chanel No.5, Jennifer Lopez’s Glow and Still scents, and Estée Lauder’s Beyond Paradise and Beautiful. Other top sellers in the women’s business include Ralph Lauren Romance, Clinique’s Happy and Happy Heart, Donna Karan’s Cashmere Mist and Black Cashmere and Jean Patou’s Joy. YSL’s Rive Gauche masterbrand is performing well on both fronts — men’s and women’s, said Steiner.

On the men’s side, Armani Night and Acqua di Gio, Kenneth Cole Black, Aramis Life, Ralph Lauren’s Polo Blue and Romance Men, Issey Miyake and Jean Paul Gaultier are racking up strong numbers at Field’s. Steiner is also enthusiastic about Hugo Boss’ Baldessarini. “It’s a very special project, and while we’ve got it in a tight group of stores, we’d like to expand it.”

“We’re experiencing a very strong trend across all categories,” said Deborah Walters, senior vice president and general merchandise manager for Saks Fifth Avenue, who noted that this includes fragrances. “So we’re feeling very optimistic. This year is most definitely better than last year.”

Brands that are doing well at Saks include Narciso Rodriguez, Bond No. 9, Burberry Brit and Cartier’s Baiser du Dragon, said Walters. “And our lifestyle brands have been extremely powerful, such as Penhaligons, L’Artisan Parfumeur and Jo Malone, and classics such as Jean Patou, Clive Christian, Angel, Hermès, Christian Dior and Sisley Eau de Soir are the engines of our fragrance business.”

Walters added that luxury treatment “continues to be amazing across the board,” adding that La Mer, La Prairie Erno Laszlo, Dr. Perricone and Kanebo are standouts.

“We’re optimistic about holiday business,” said Alanna Delacrausaz, buyer for men’s and women’s fragrances at Barneys New York. “We think we’ll be up — people are spending more for the holidays than they’ve spent since 9/11. In fragrance, Frederic Malle’s brands have done very well for us — that business is very strong all around. Eclat d’Arpege from Lanvin is trending very well. We’ve also just started carrying Suzanne Lang’s custom-blend fragrances, and they are also doing well — they make for a very personal gift. The classics are always strong at this time of year, including Chanel and Guerlain, and L’Artisan Parfumeur’s sachets and amber balls are always strong at holiday and look to be this year also.”

“All indicators are that Christmas is going to be great,” said Robin Coe-Hutshing, owner of the Studio at Fred Segal. “We’re highly encouraged — the buzz has started and business is strong. It’s been a difficult stretch for many retailers, and things are changing for the better. I am really happy with our assortment this holiday — we have great things at every price point.”

Ed Burstell, vice president and general manager at Henri Bendel, noted that its fragrance business is projected to end the fall season with high-single-digit increases, driven by newness and limited-distribution brands. He added the store is experiencing a trend with roll-on scents such as indie fragrances Child, which is exclusive in New York to Bendel’s, and Kai. Both are among Bendel’s bestsellers. Other successful scents for the store include Jean le Porte’s Camillia, Nuit d’Hadrien from Annick Goutal and Santa Maria Novella’s Honeysuckle.

The week after Christmas will be “all about pampering events to keep the customer engaged,” said Burstell, and added the there will be facial clinics, massages and workshops.

Several retailers noted that a number of brands are planning Dec. 26-blitzes, whether they are promotions — as with Estée Lauder, Lancôme and Clinique purchase-with-purchase offers — or product launches.

“Dec. 26 has become like another holiday,” said Steiner. “It’s very smart to have newness on counter at that time. The 10 days after Christmas have become increasingly important in terms of fourth-quarter business. Late December and January have been very important for treatment and cosmetics launches over the last several years, and that time period is also becoming important now for fragrances. There is so much newness that it’s almost impossible to get it all on counter during one week. After-Christmas activity is more and more important every year, and having new brands to offer newness to our guests — particularly in this time frame — is very critical.”

Even magazines are getting into the game — as in the case of Cosmopolitan and Cosmo Girl! magazines, which are again partnering with Macy’s. This year’s version is taking place in the chain’s Union Square door in San Francisco between Dec. 26 and Jan. 1. All customers in the beauty department that day will receive a printed “passport” with vendors’ names. Shoppers get stamps on the booklet from at least three of the participating companies, then are entered to win a prize basket containing all of the products that have won Cosmo’s Beauty Awards in 2003 and Cosmo Girl’s Kiss of Approval Beauty Awards this year. Shoppers spending more than $50 also all receive a tank top bearing the logo “Beauty Queen.”