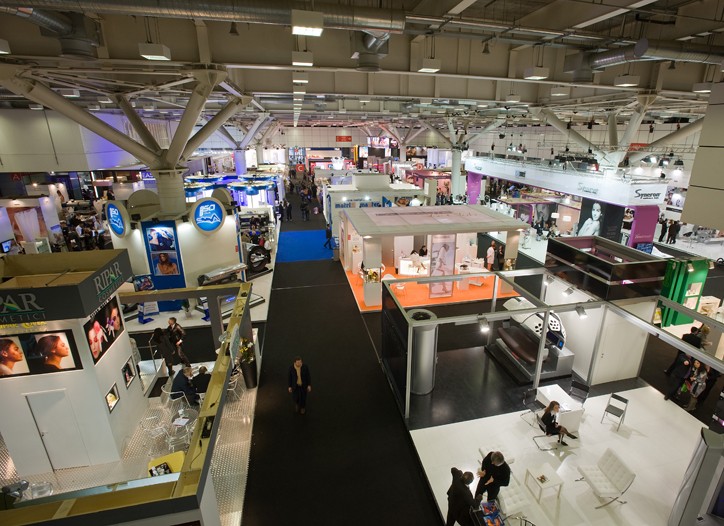 BOLOGNA, Italy — Historically thought of as recession-proof, beauty is feeling the sting of the international economic crisis.

Globally, sales are flat or have suffered slight decreases, and even regions once considered resistant to economic fluctuations, such as the Middle East, show signs of a downturn, said manufacturers and retailers at last week’s Cosmoprof trade show here.

“The crisis is everywhere,” said Jörg Brömsen, export director for Art Deco, the German market leader in color cosmetics with an annual turnover of $150 million. “The impact is huge. Even where clients have money, such as the Arabic states, instead of spending it, they’re thinking more how to save money and how to invest it.”

“The situation is dramatic,” agreed Dario Ferrari, chairman of Intercos, during an interview in his expansive office outside Milan. “On one side, brands are facing an inventory problem. On the other, stores are without merchandise.”

Currency fluctuations are also having a negative impact for many European companies. “We’re losing because of the exchange rate,” said Giovanni Sgaribaldi, president of EuroItalia. “We can’t solve this country by country. It’s a global crisis.”

For its part, EuroItalia is looking to newness to drive sales, a strategy that is working thus far. The firm just inked a licensing deal with designer John Richmond and plans to launch Moschino Glamour in the U.S. in September. Meanwhile, sales of its Versace fragrance brand have risen 400 percent since EuroItalia acquired the license in 2004, Sgaribaldi said.

Although the bright spots are few and far between, Italy is, in fact, one of them, with the beauty industry here recording 1.2 percent growth in 2008 to hit a volume of 8.34 billion euros, or $11.07 billion. Exports, too, are on the rise, growing 2.1 percent last year to hit a turnover of 2.31 billion euros, or $3.06 billion, while domestic consumption grew 0.8 percent to 9.07 billion euros, or $11.95 billion, according to Fabio Franchina, president of Unipro. (For more, see adjacent story.)

In terms of color cosmetics, another hopeful region is China, according to Ferrari, who noted the stock exchange had a recent increase of 30 percent in a day.

The recession isn’t just resulting in lagging sales, however. A new consumer attitude about beauty usage is emerging, with women around the world questioning the integrity of the products they buy more than ever.

“As the economy changes, values are changing,” said James Heeley, who markets an eponymous niche scent line. “People want to know everything about a product — where it’s made, what’s in it. It’s not how much we buy; it’s what we buy. Quality products that have a real right to exist and a low cost structure will survive.”

The new attitude isn’t relegated to consumers alone. “The psychological problems are all the way through the supply chain,” said Martin Trout, export manager, Middle and Far East-Latin America, of Morris Profumi. “People are afraid of spending money.”

The situation is particularly acute with fragrances, Trout said. “Everyone from the consumer to the retailer has a stock of fragrances and is saying, ‘Let me use this before I buy something new.’ ” To illustrate the problem, he cited a specialty store in the U.S. that he recently visited. “The shelves were half empty,” he said. “I was shocked.”

The way in which women wear makeup is also changing dramatically. Ferrari expects the eye category to feel a negative impact, as consumers put the brakes on experimenting with bolder colors. “Lips will become bigger,” he predicts. “Eyes will slow down. We believe that there is going to be a switch, and it’s not necessarily a good switch. In the last recession, during 1991-92, people stopped using as much makeup, and we’re a little afraid that’s going to happen again.”

Prestige brands have been hardest hit, said Ferrari, who expects mass market sales to stay flat and an increase for direct sales companies such as Avon and Mary Kay.

Art Deco’s Brömsen said the masstige positioning of his company’s three brands — Art Deco, BeYu and Makeup Factory — has helped it weather the storm. “There has been a shift from premium to mid-selective brands,” he said. “More consumers are trickling down from high-priced brands to those that are high quality and lower priced.”