The retailer is determined to aggressively grow its volume and footprint in the state, which it believes represents a great growth opportunity. 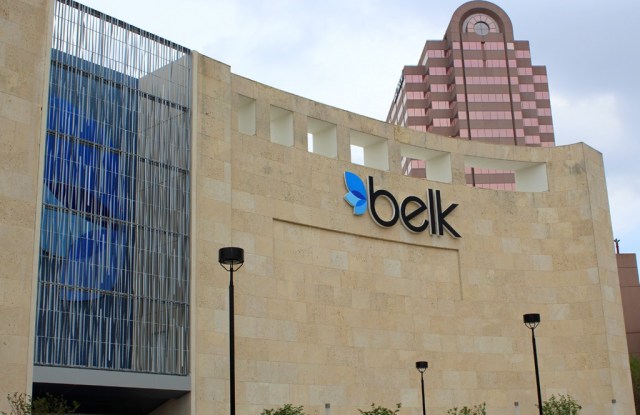 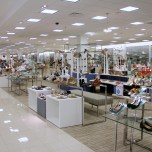 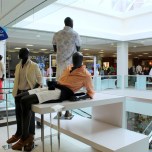 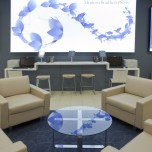 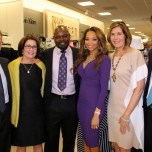 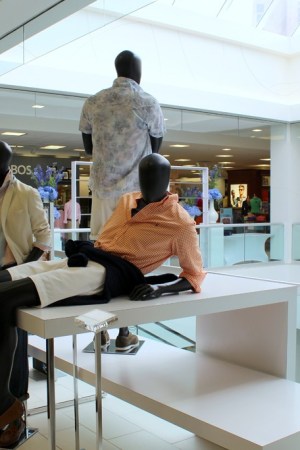 A view of Belk's Dallas flagship. 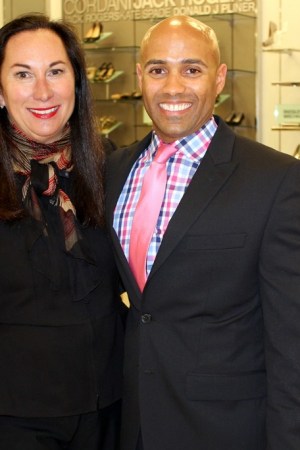 Belk Inc. is kicking up dust in the Lone Star State.

The regional department store officially launches a three-level, 185,000-square-foot flagship in the Dallas Galleria today, and it’s no garden variety Belk. It’s Belk’s first flagship in Texas signaling the company’s determination to aggressively grow its volume and footprint in the state, which the company believes represents its greatest growth opportunity. Belk officials see opening three to four additional stores in the Dallas-Fort Worth area over the next few years.

The Dallas Galleria unit is also among the new breed of Belk flagships that serve as linchpins in the retailer’s emerging “hub and spoke” expansion strategy. The new-look flagships are popping up in several states and flaunt pumped-up assortments.

By expanding in Texas and in other markets, the $4 billion Belk has set a goal to reach $6 billion in revenues within five years. The company has become capital-intensive, investing $700 million over the next three years in the business, with the bulk of the budget for store openings, remodels, expansions and new technology. Spending for branding and customer service is also on the rise.

The Charlotte, N.C.-based Belk has been in Texas since 1953, when it opened in Paris, Tex. But for decades, Belk neglected serious expansion in the state, occasionally opening stores under its former decentralized structure, while leaving Dillard’s, Nordstrom and Macy’s time to establish beachheads. It wasn’t until four years ago, well after centralizing and tightening its structure, that Belk began to reexamine its Texas stake and compete squarely with the pack. Four stores were rolled out, bringing the count to 14. Dallas Galleria, the 15th unit in Texas and the 18th flagship in the chain, was formerly a Saks Fifth Avenue location. Belk gutted the site and tore down walls to decompartmentalize and create a brighter, open environment with shops-in-shop that are less walled in. The Dallas unit cost $18 million to build and is seen tracking at between $40 million and $50 million in annual sales within 18 months.

“Texas is a tough market,” said Belk chairman and chief executive officer Tim Belk, acknowledging the competitive landscape. “It’s hard to get noticed. People here don’t really know who Belk is. This is our chance to plant our flag.”

The Dallas flagship, Belk added, is “our most forward store. It allows us to try new things. I love the first level — a third of it is just shoes and it flows right into accessories.”

The flagship shows off the best of Belk’s bridge, better and contemporary offerings, with just a modicum of moderate merchandise compared with an average Belk unit, which would have at least 50 percent of its sportswear in moderate.

Among the flagship’s main selling points:

• The oversize shoe department, with 13,000 square feet and such vendors as Frye, Jack Rogers, Sam Edelman and Vince Camuto.

• An “innovation lounge” with iPads for those who prefer to sit out the shopping or shop online.

• A fine jewelry department designed as a store-within-a-store with its own entrance from the mall for greater intimacy apropos for the higher-ticket items.

There are also various brands and shops not seen in most Belk stores, such as Bonobos, Brooks Brothers, Tumi luggage, Vietri for Italian-made tabletop and Desigual, the Spanish sportswear retailer. Le Vian jewelry has a shop rigged with a atomizer emitting the aroma of chocolate to evoke the chocolate-colored diamonds. Private brands in the contemporary and denim areas are prominent, including Chip & Pepper, Cynthia Rowley and Sophie Max.

In beauty, there’s a “So Mod” shop with trendy and new products being tested, such as First Aid Beauty skin care, creams and cleansing pads, and a Beauty to Go shop for travel-size products from Bliss, Benefit and Philosophy.

Watches, social occasion dresses and accessories have far larger assortments than typical Belk stores. “Without doubt, this is my biggest dress assortment of all my Texas stores,” said Jim Rose, the regional vice president for Texas. “It’s at least four times larger [than other stores in the state].” Social occasion dressing, Rose added, is particularly strong.

Other key brands are Free People — the biggest-volume label in the store, according to Rose — as well as Under Armour, Kate Spade, Pink Tartan, Trina Turk, Nanette Lepore, Eileen Fisher, Lucky and New Direction, a private label and the sole moderate women’s sportswear label in the store. Tim Belk singled out denim and jeans as particularly important for the market, citing Miss Me as a standout. “That bling in the back pocket is big out here,” he said.

Overall, there’s greater consistency in the merchandising, so, for example, Michael Kors and Lauren by Ralph Lauren products are prominently displayed across several categories, in sportswear, accessories and footwear, and regular and special sizes.

“It’s not so much about adding new brands,” said Kathryn Bufano, Belk’s president and chief merchandising officer. “It’s about the depth of the inventory and the space devoted to it. It’s an elevated assortment within our mix of vendors.”

With the opening of the Dallas flagship, Belk advances its “hub and spoke” strategy. “A hub store is a big regional store. It has the best of what Belk has to offer,” explained John Belk, president and chief operating officer, and Tim’s brother. “A ‘spoke’ is a convenience play, a store for where people live, whereas a ‘hub’ is more for where customers work, or where they go for entertainment or for a lot more shopping alternatives.”

Belk flagships generally generate $30 million to $80 million in annual volume, and set what Tim Belk called “an umbrella image, a ripple affect” on other stores in the market. The flagships have at least 75 percent of the assortment in Belk’s biggest stores, the 338,000-square-foot SouthPark flagship in Charlotte, and the 308,000-square-foot Raleigh, N.C., flagship in Crabtree Valley Mall.

Aside from their enhanced assortments, the hub flagships have other advantages. They become stronger magnets for appearances by designers and celebrities and better venues for other types of special events. They’re more apt to fulfill customer orders from online, though both large and small stores, a total of 19, are currently testing fulfillment. “We’re expanding that to 50,” said Tim Belk. “We see at least 20 percent of our digital business being fulfilled by stores.” He also said the company has “order online, pick up in store” on its radar and is examining ways for the branches to access the inventories in flagships. Belk’s point-of-sale system enables shopping the Web, and there is item locating technology in all stores. Belk also is piloting handheld devices.

While Belk operates stores in 16 states, Texas is the fastest growing for the regional retailer. “We are looking for other stores in the Dallas-Fort Worth market — three to four more in a four- to six-year period. There’s a lot of population growth, a lot of business growth, no state income tax and the weather is good,” said John Belk. “Today, it’s all about building out in contiguous markets and markets across our footprint.”

“We are focused on investing in the company,” said Tim Belk. “We have a lot of initiatives.”

With store expansion, “Our preference is to fill in our existing footprint and grow into contiguous markets west. We could move into Delaware, and we see opportunities in Maryland,” where Belk has just two stores. The ceo believes Belk’s “Modern. Southern. Style.” marketing tag line resonates well beyond where its stores operate, and he bases that belief on where online sales are coming from. According to the ceo, “Nineteen percent of our digital business is outside of our markets.”