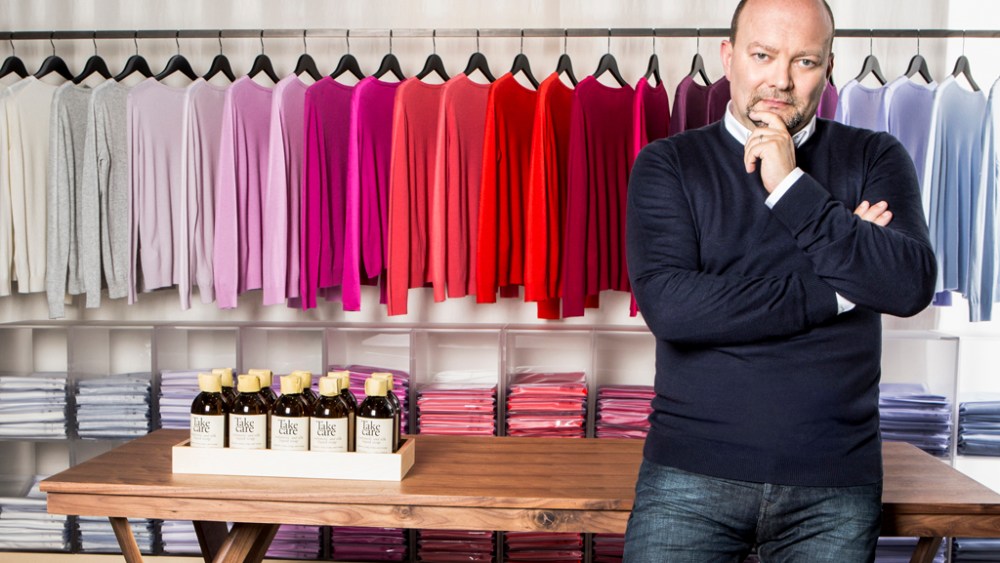 TREVISO — Marking its 50th anniversary, the Benetton Group said it has seen positive results during the first six months of the year thanks to initiatives such as a new On Canvas store design concept.

But even as the company continues to expand globally, the brand is downplaying the U.S., focusing instead on newer markets like India. “America is not part of our development policy,” said Gianluca Pastore, worldwide communications director. “It’s an extremely strong and competitive market, which calls for a better focus by us, so it’d be arrogant for us to tackle such a committed market right now during this phase of our history.”

Benetton has been revamping its operations over the last few years as it has sought to return to the growth path in the face of increasing competition from retailers such as H&M and Zara. “We have carried out an important cleaning operation in terms of refurbishing our [store] network,” Michel Lhoste, international business director, said at the company’s headquarters here. Since January, 100 stores have opened globally, including in Italy, while over the past two years, 300 stores in Italy have been closed. The company is investing 50 million to 60 million euros, or $56 million to $67 million at current exchange, a year in the refurbishment and the opening of stores.

Chief distribution and sales officer Marco Messini attributed the positive trends being seen to three main factors: the strong performance of the group’s spring 2015 collections; the improvement of operations through a defined retail strategy, and the rollout of the new On Canvas concept launched in April 2014. The new concept offers a modular, flexible framework for the core collections, designed by creative director and head of design, Valentina Soster. Worldwide, 40 fully owned stores have been refurbished under the On Canvas concept, with 30 more expected to be completed by the end of 2015 in Italy, France, Germany, Spain, Russia, India and Mexico.

The group, which includes United Colors of Benetton, Undercolors and Sisley, reported a 10 percent increase in retail sales from January to the end of June. Its largest market, Italy, with 1,700 stores, accounts for 26 to 27 percent and 550 million euros, or $615 million, of revenues out of total group sales of 1.5 billion euros, or $1.6 billion.

On Canvas refurbishments have netted sales increases across France and Germany. In Milan, renovations of its flagship and two megastores have augmented core performance by 14 to 27 percent. Following refurbishment of its flagship in Barcelona, sales have increased by 30 percent.

For non-European markets such as Mexico (373 stores) and Korea (310 stores), international partners and third-parties can purchase the On Canvas concept from certified suppliers and investment partners for their shops-in-shop. Out of 110 partner-controlled stores in Russia, the Novosibirsk unit will be the first one managed by a partner to be opened with the On Canvas revamp.

India is one of the brand’s best markets in terms of growth, with double-digit sales increases to 130 million euros, or $145.3 million. The company expects sales in India to rise to 200 million euros, or $223.6 million, by the end of 2017. Of its 770 stores across 153 cities, the brand will focus on converting stores in five shopping malls across Delhi and Mumbai.

“We’re not in the situation where we need to reinvent the brand or its values,” said John Mollanger, chief product and marketing officer, on the ubiquity of the fashion company’s reach, which accounts for 99 percent domestic brand awareness. “It’s very significant,” he said. “It’s an anomaly compared to our business size — they’re not numbers that you normally see for companies of our financial size, and rather they’re in line with those of market leaders of mass markets.”

Spain follows at 97 percent brand awareness, and despite having a strong retail network, America stands at 72 percent.

According to a 2014 survey of six key countries and 1,000 face-to-face interviews, the three biggest values associated with the Benetton brand were technical expertise of knitwear; creative spirit of colors linked to diversity, and an eco-friendly product with a strong social engagement level.

Founded in 1965 by Luciano Benetton and his siblings, the Benetton Group controls a fully integrated, vertical company over three complexes in the Veneto region. The largest is an industrial distribution hub that annually processes 120 million garments on a fully automated infrastructure, while anchoring international production sites in Serbia and Tunisia. The complex includes administrative offices, an archive of 12,000 knitwear pieces, a photography  studio, and a museum of its Formula One-winning racecars. There is also Fabrica, a communication and research center set in a 17th century villa renovated by Tadao Ando, which houses studios, a library, a cinema and its quarterly Colors Magazine.