Just in time for fashion week, the retailer has completed a year-long renovation of its third-floor contemporary designer department. 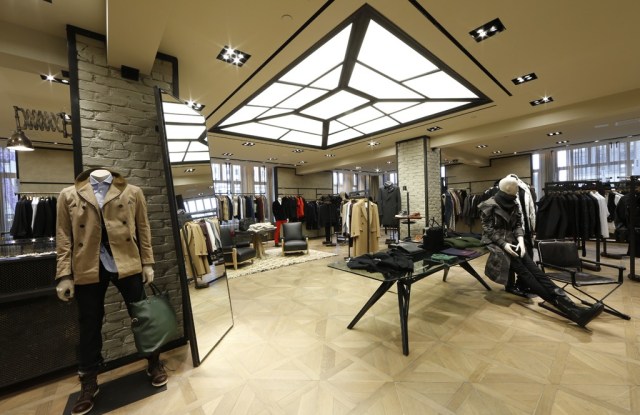 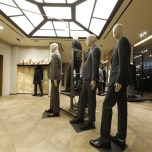 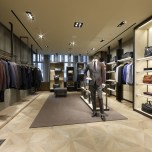 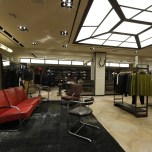 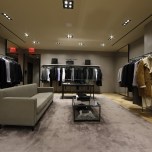 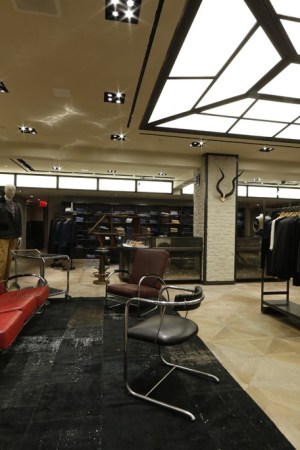 The men's store at Bergdorf Goodman. 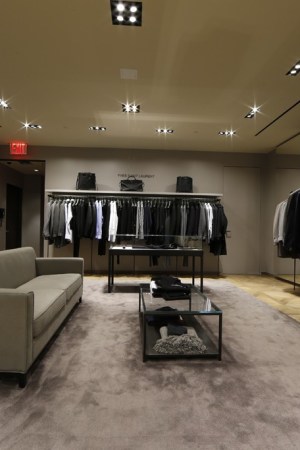 The men's store at Bergdorf Goodman.

Just in time for fashion week, the retailer has completed a year-long renovation of its third-floor contemporary designer department and created a shoe library on its main floor that triples the space devoted to the red-hot category.

“Men’s has always had an important role at Bergdorf Goodman,” said Joshua Schulman, president. And with men’s wear among the “fastest-growing categories of business industrywide, it was the appropriate time to make the investment and statement.”

Schulman declined to provide a figure on the cost of the renovation or what the company hopes to recoup as a result, but said he believes Bergdorf is the “ultimate destination for men’s luxury sportswear, clothing and furnishings in New York and the only one with a stand-alone building. We believe it can be a real gentleman’s environment.” He stressed, however, that there’s more work to be done. “Next year, we will completely address the rest of the ground and second floors,” he said.

For the time being, the focus is on the third and main floors. This marks the first comprehensive renovation of the third floor since the store opened in 1990. As part of the project, the windows to the street have been exposed, allowing natural light into the store for the first time, and the boxlike delineations between boutiques have been eliminated, making the floor easier to shop. The project was spearheaded by Linda Fargo, Bergdorf’s senior vice president of the fashion office and store presentation.

“We do all our design work in-house instead of using outside design firms,” she said during a walkthrough. “We know our clients the best and we have an integrated team, so we can build the store to support their needs.”

Before the revamp, Fargo said the floor was a “rabbit’s wren of shops,” all of which were separated by glass barriers. They have been removed, allowing for customers to move more easily among the brands on the floor. “The glass made you feel as if you were either in or out. Now the flow is much better. And we unified all the shops,” she said. “Everyone shares the same European oak floor in a classic pattern. The palette is warm, tactile and inviting. It speaks to tradition but is also modern. It’s luxurious in a quiet way.”

On one side of the floor is the Modernist Lab for advanced European collections with Jil Sander, Rick Owens, McQueen, Margiela, Burberry Prorsum, Moncler Gamme Bleu, Givenchy and Balmain. New brands include Belstaff and Seraphin, which will be located in the expanded area for accessories along with the newly added Loewe collection and Want Les Essentiels de la Vie. Jewelry has also been blown out, and soft accessories such as scarves and ties are carried in more depth, according to Mimi Fukuyoshi, vice president and divisional merchandise manager of men’s sportswear and shoes.

“The shops were all customized by the vendors for us and by us,” Fargo said.

One significant physical change is that Fargo uncovered 275 feet of windows on the floor, allowing light to flood in. She then obscured the windows with a bronze mesh screen so customers can focus on shopping and not be “dazzled by light.”

Ginny Hershey-Lambert, executive vice president of merchandising, said, “We have allocated our space to provide the best possible usage for growth.” The design concept of 20 years ago was fine, but the renovation allows for “more effective selling space.” The basement, an area that at one point housed the men’s merchandising team, is now being used for storage, allowing for the addition of 700 square feet of selling space on the third floor, and the expansion of the shoe area.

The shoe library is designed to replicate the Villa Necchi in Milan and features an ocher and olive palette. “It was a gut renovation,” Fargo said. “We expanded the square footage by three times.” The design here too is “warm and rich,” she said, echoing the “ethos of the company. It was inspired by the 1960s and has a Philip Johnson feel.” The pieces on the floor were chosen to feel like they were “collected, not recently acquired,” she added. Leather-bound books are used to create dividers, and a French tapestry of a huntsman anchors one of the walls.

Fargo noted that the women’s shoe salon across the street was redone eight years ago and expanded last fall to take advantage of the explosion of that business, and the company is expecting similar results at the men’s shoe library.

“If you look at the overall luxury business, the fastest-growing areas are shoes and men’s,” Schulman said. “So our investment in the library is indicative of the trends. Men are shopping differently now and paying attention to having wardrobes that take them from the workplace to the weekend. And it complements our advanced designer area.”

He said he isn’t surprised by the popularity of the shoe business and expects a good response to Bergdorf’s offering, despite the renewed emphasis from competitors ranging from Barneys New York and Saks Fifth Avenue to Macy’s, all of which have recently revamped and expanded their shoe offerings.

“We have beautiful classic shoes from John Lobb and Church’s, designer shoes from Tom Ford and Rick Owens, and an extensive private label collection. We’re showing real product authority and have the only main-floor shoe department in New York,” he said.

Hershey-Lambert said the entire renovation project has been in the works for about three years, and as the men’s business strengthened, it was expanded in scope.

“We were putting plans together for a partial remodel, but as the men’s business began to blossom, we took a step back and dug more deeply,” she said. “That’s how the idea of the shoe library came about. We thought the guy taking his shoe walk could see all the other things we have to offer while he’s here.”

The completion of the renovation is tied to Bergdorf’s 111th anniversary, which the company is celebrating this fall.