Bergdorf Goodman unveiled its Modernist floor featuring a "Lab" for designers the store wants to nurture. 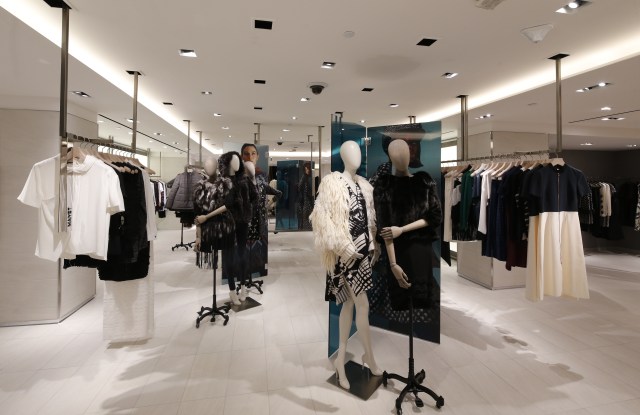 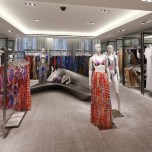 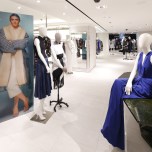 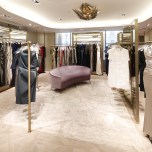 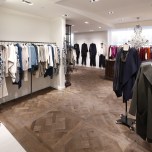 NEW YORK – On Bergdorf Goodman’s new sixth floor, designated “The Modernists,” designers have been given freedom of expression in creating their own shops – although not too much.

“It was really important to create a clear contemporary envelope and allow designers room for some individual expression in the large perimeter shops,” Joshua Schulman, president of Bergdorf Goodman, said as he toured the space.

On six, several windows have been uncovered for views of  Central Park or down Fifth Avenue, adding natural light. “It’s modern and loftlike, and at the same time there is the richness associated with Bergdorf Goodman, which insured that we didn’t end up with a plain white box,” Schulman said.

Six is not just another renovation. “We really conceived this as a totally new floor. It’s been a long time since we did a complete gut renovation of a floor, from both an environment and merchandising point of view. Linda Fargo and her team did all of the design. She really has the vision for all of the store interiors.”

Six marks the beginning of the comprehensive “BG 2020” program to upgrade the women’s store. “You wouldn’t expect to see the same finishes but the level of renovations on other floors will be commensurate” to six, Schulman said. “The next phase will be a new home for jewelry on the main floor, which will open in time for holiday. There will be a triumphant entrance on 57th Street re-creating the arch on the 58th Street side of the store, a private viewing area, and an entirely new experience. In the months ahead, you will start seeing a lot more progress” with BG 2020.

Six has an Italian-engineered, LEED-certified white stone floor, made from 40 percent recycled material, extending up the sides of the walls and creating lines reminiscent of Richard Meier architecture and a consistent tone running through the floor. The sixth floor consists of three-wall shops-in-shop and smaller brand installations for European and American designer sportswear, as well as classification boutiques for eveningwear, intimates, swim and coats. The signs identifying each designer area are discrete, adding to the uniformity. The old format lacked clear delineation or a sense of place.

There is also the Lab, occupying about 20 percent of the square footage on six, and shared by brands that are new to the store or recently introduced, and which Bergdorf’s wants to nurture and possibly one day graduate to their own individual spots. Currently housed in the Lab are Adam Lippes, Baja East, Cedric Charlier, CO, Figue, Piamita, Talitha, Thakoon, Maiyet and Zero + Maria Cornejo. A suspended hanging system shows vignettes for the collections.

Eskandar’s shop on six is distinguished by a Versailles-style parquet floor, vintage chandeliers and an antique display table from a chocolate factory in Europe. The Moncler shop is next door to The Row and almost a mirror opposite with its dark interior, while Derek Lam sports a new interior design, representing a departure from his freestanding stores. Some of the brands including The Row, Derek Lam and Marni were relocated from three to six. Also on six is Tomas Meier, which Schulman said “plays nicely with the casual luxury of Brunello Cucinelli” on six as well. He also pointed out Cedric Charlier, which has “really great separates and items,” including pleated skirts and fringe skirts. In keeping with the modern theme, the store’s first interactive digital directory was installed on six.

In lingerie, there is cerused wood and pearlized finishes, and rock crystal sconces. “It’s definitely feminine and elegant and at the same it also avoids the clichés,” Schulman said.