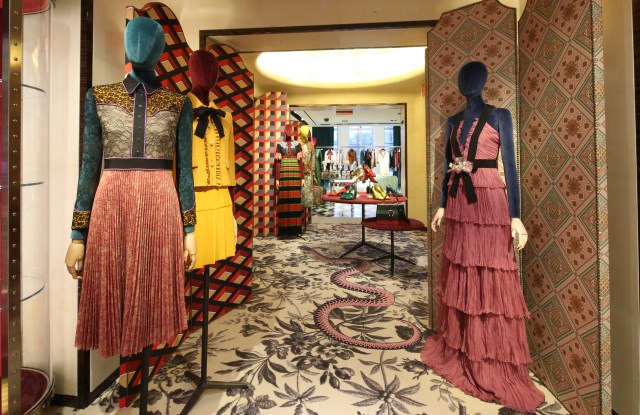 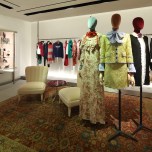 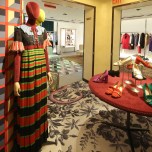 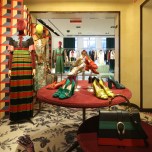 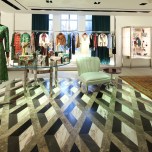 NEW YORK — A year ago if you wanted a pair of Gucci shoes, you couldn’t find them at Bergdorf Goodman. The store dropped the brand’s shoes from its buy as of spring 2013, around the same time handbags were removed from the handbag floor and limited to the ready-to-wear displays. The decision to scale back in such a way on two of Gucci’s core categories spoke volumes about Bergdorf’s position on the house.

“The Gucci business over the past few years was, frankly, very diminished from what it once had been,” said Joshua Schulman, president of Bergdorf Goodman and NMG International, noting that despite having dedicated shops-in-shop to fill, “We were really focusing on a relatively narrow assortment in women’s and men’s ready-to-wear.”

Then the Bergdorf team saw Alessandro Michele’s first men’s show for the house. “When that first red jabot shirt walked down the runway, we knew that this was going to be an exciting era of change at the house of Gucci,” said Schulman. We knew this would be something our customers would want.”

With Bergdorf’s spring merchandising comes a major testament to its recommitment to Gucci under Michele’s creative direction. Today the famous Fifth Avenue specialty store reopens its Gucci men’s and women’s shops-in-shop; they’ve been closed and under renovation since December to reflect Michele’s new retail direction for the brand. Bergdorf’s Fifth Avenue windows are filled with Gucci displays, and there are also significant pop-up installations in the men’s and women’s stores that seek to recreate Gucci’s spring 2016 runway.

On the second floor of the women’s store, the hallway spanning the length of the floor — from the Gucci shop, positioned at the store’s 58th Street and Fifth Avenue side, all the way to shoes — is lined in the pink-snake-and-herbarium-print carpet from Gucci’s spring 2016 show, as well as clusters of shoe displays, mannequins dressed in spring and cruise looks and a special case dedicated to the Tian capsule collection that launched in February. The whole project is a massive takeover of space by a single vendor.

Also worth noting is the timing. Schulman said that Bergdorf typically avoids staging special brand collaborations — the recent Dior shoe e-commerce project; the temporary Chanel gymnasium store; Alexander Wang sneakerhead space — during fashion week. But launching the Gucci fest just before New York Fashion Week begins was deliberate. “We felt this was so important from a fashion point of view that we wanted both our customers and the fashion crowd to see the collection at Bergdorf Goodman first,” said Schulman.

Gucci has no complaints. “We could not imagine a better way to celebrate Gucci’s return to…a destination synonymous with innovative fashion, and luxury,” Marco Bizzarri, president and chief executive officer of Gucci, told WWD. “Bergdorf Goodman represents an ideal venue for Alessandro Michele’s contemporary collections, and the dedicated installations and windows will allow Bergdorf Goodman’s highly discerning fashion customers to enjoy Gucci’s spring collections. We are also confident that showcasing this initiative to coincide with New York Fashion Week will add further excitement. The project is particularly appropriate as New York is a constant source of inspiration for Alessandro, as was seen when he presented his cruise 2016 fashion show last June, which was a milestone in this new chapter for Gucci.”

Gucci’s new retail concept is eclectic and richly detailed, a 180-degree turn from the house’s formerly sleek vision still intact at Fifth Avenue flagship, one block south of the Bergdorf Goodman Men’s Store. In fact, the store is one of the few — Gucci’s network included — to bear the full stamp of Michele’s concept. In the U.S., only Gucci’s Brookfield Place, N.Y.; Chicago; Boca Raton, Fla., and Washington, D.C., stores feature the new concept. The decor is lush and vibrant with colorful velvet furnishings, Oriental rugs and a marble polychrome inlaid floor to create a marble “carpet.” The walls are lined with panels done in collection prints, and tables feature the handbags, shoes and head wraps displayed on velvet busts with hands. The shop-in-shop is impressively distinctive even among its neighbors on Bergdorf’s second floor, including Chanel and Valentino. The hallway installations will remain up until March 8.

Schulman considers the new shops, pop-ups and windows the “proper debut” of the new Gucci at Bergdorf but the store has stocked Michele’s ready-to-wear and shoes since cruise. “The early results are very encouraging,” said Schulman. “We’re attracting people who have loved the brand for a long time but also new customers.”