The luxury retailer served up glamour and drama on Fifth Avenue. 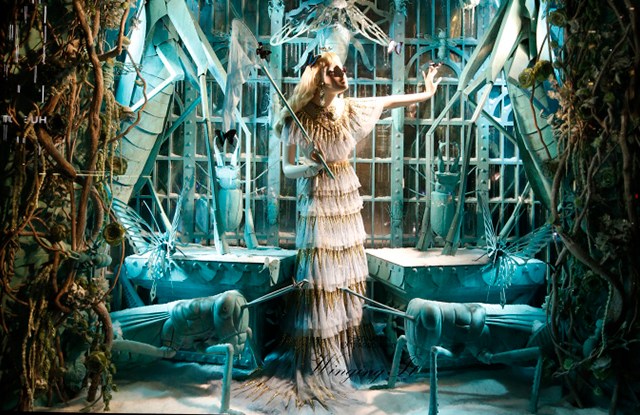 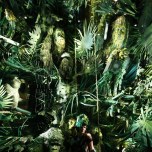 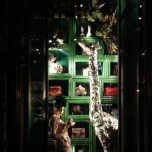 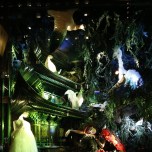 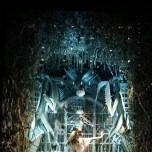 The holiday windows Bergdorf Goodman unveiled on Tuesday night, “Destination Extraordinary,” are delirious dioramas, based on the scenes at natural history museums but with all the over-the-top opulence that’s characteristic of the retailer at this time of year.

“It’s a world tour, but you’re not sure where exactly the place is,” said David Hoey, senior director of visual presentation, adding that the windows took nine months to create and involved 100 people, many of them artists or artisans. “One studio encrusts things with millions of tiny objects.” Other inspirations for the windows included the paintings of Henri Rousseau and 12th-century Chinese watercolor mountainscapes.

In the jungle window, a mannequin wearing a dress from Marc Jacobs’ resort collection is sitting on swing made out of vines surrounded by hand-painted foliage and a menagerie of primates — chimpanzees, baboons and orangutans embellished with beads, drive flowers, beans and bits of leaves — listening with rapt attention to the storyteller, who’s reading from “Zoologica.”

A lagoon window features a model wearing a CD Greene jumpsuit and holding a parasol walking gingerly over a tightrope as the active sea denizens flourish below. A mural of bald cypress trees has roots extending to the bottom of the lagoon where turtles, fish and alligators live, while the surface is filled with water lilies, ferns, frogs and egrets.

The grand entrance to an extravagant verdigris greenhouse is flanked by a pair of sculptural praying mantises. Grasshoppers, beetles, bees and dragonflies wing through the winter garden where a model wears a dress from Gucci’s spring collection. “I call the color Statue of Liberty green,” Hoey said.

A desert scene inspired by the Wild West features a Cavalli-dressed model riding a giant jackrabbit covered in marabou feathers. There’s a field of hand-painted cacti, one containing a tiny owl.

The pagoda-style treehouse in the last window along Fifth Avenue attracts a variety of birds, including a white peacock. Some are drawn from nature and some are of Hoey’s invention. The birds perch near the treehouse, while in the background, a mannequin wearing a Dolce & Gabbana dress and coat is seen sleeping in the bow of a giant cedar tree.

Inside, the store’s newly renovated first floor is elegant and sophisticated in shades of gray. Boiserie-inspired installations with grape leaves, ribbons and birds were created by David Monn. “We love things that are organic,” Linda Fargo, senior vice president of fashion and store presentation direction, said. “This is a historic moment for the store. It’s a new look that’s a signature look.”

Reflecting on the barricades along Manhattan’s Fifth Avenue near Trump Tower that have been put in place for security for President-elect Donald Trump and to contain protests, Fargo said, “It’s deterring customers. You don’t want to fight the crowds.

“Make love and beauty, not war and hate,” she said.