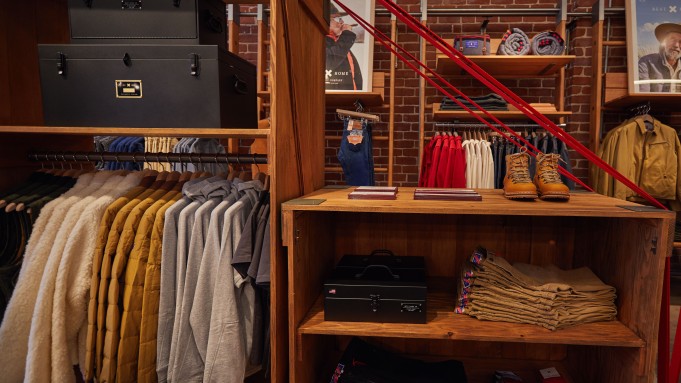 Enter the world of Best Made Co. and test a bow (not for accuracy), get a feel for an ax or slip on a jacket for size.

The eight-year-old outdoor company, which has built a following around its well-crafted tools, equipment and apparel, will open the doors to its first West Coast outpost Friday on La Brea Avenue after five years operating a single door on White Street in TriBeCa.

“The goal was always to have more stores,” said founder Peter Buchanan-Smith. “It wasn’t a matter of if. It was just when. We looked all over the country and settled on Los Angeles because personally, I’ve been coming to L.A. for many years. I find it an incredibly inspiring place. I think that L.A. now more than ever, watching L.A. grow and change over the years, there’s just a lot of exciting stuff happening here in art and food and especially retail.”

Best Made’s Los Angeles store takes up 2,700 square feet and opens with a limited-edition strongbox, silk-screened print of an old U.S. geological service map bearing the company’s “Everything Is Wonderful” motto and bandanna. The store, Buchanan-Smith said, will continue to carry limited-edition items unique to the location.

The La Brea space boasts a 12-foot archery range — not meant for testing people’s accuracy, but more about getting a feel for the product itself — and will also have a rotating gallery space called The Snug that kicks off showing handcrafted wood product. Events will be held regularly with the first an ax restoration workshop a nod to the brand’s heritage.

Bolt Threads, which is known for its silk created from the protein fibers spun by spiders, in the summer acquired Best Made, which was seen as a strategic move to aid Best Made’s growth in apparel. Bolt’s also struck deals to work with Patagonia and Stella McCartney on development of sustainable fabrics.

“My goal is to innovate and when I found Bolt, I realized that there was someone out there who was innovating on a scale that I hadn’t even fathomed,” Buchanan-Smith said. “There’s a lot of new stuff that happens obviously in fashion and I had not seen anyone who had the keys to that kind of technology like Bolt had. So, as we were growing more as a lifestyle brand, incorporating more apparel into our assortment, it really made sense for me to join up with someone who was setting out to revolutionize the industry.”

Buchanan-Smith declined to say how much the Best Made business is generating in revenue or if it was profitable.

While store expansion plans had always been part of the growth strategy pre-acquisition, Buchanan-Smith said the deal could likely help accelerate those plans.

Buchanan-Smith declined to say if other markets have been identified to grow into, calling it a “work in progress” and “an active conversation for us.”

“We’re not the kind of brand that’s going to open up a dozen stores across the country overnight,” he said. “For us, the brand experience is paramount and that’s something that we’ve worked very hard to cultivate at 36 White Street in TriBeCa. Going forward, we’re definitely going to open more stores, but it’s really a matter of taking the time finding the right locations.”