It’s a man’s world, or at least so it seems at Paris department store chain BHV. 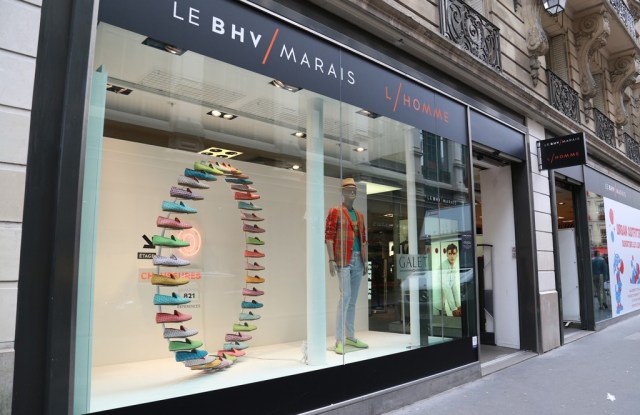 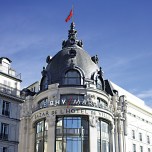 PARIS — It’s a man’s world, or at least so it seems at Paris department store chain BHV.

Part of Galeries Lafayette Group, BHV, a Parisian stronghold for hardware and DIY products, is ramping up its men’s offer in the Marais, already a popular destination among male consumers who are drawn by the area’s mix of independent boutiques that have recently blossomed in the northern part of the buzzing district.

But instead of just planting another mall, the group has engaged in a large-scale real estate endeavor that is meant to jibe with the district’s blend of boutiques, galleries and cozy restaurants, which make this part of town a favorite hangout of local weekend flâneurs and international hipsters.

Although the department store would not disclose how much real estate it owns in the area and hence how large the new men’s wear project (which also includes small eateries) will be, it said Wednesday that Nike would be the first to set up shop here at the end of this month. The new venue, located at 14-16 Rue du Temple, just behind the main building, will carry the brand’s sportswear line along with a collection of sneakers.

In addition, four designer boutiques, including Fendi, Givenchy, Gucci and Moncler, are scheduled to follow suit in the first half of 2015 on the neighboring Rue des Archives, showcasing their respective ready-to-wear collections as well as accessories, a growing men’s wear category. This confirms a WWD report in December 2013.

Eric Costa, chief executive officer of Citynove, the real estate arm of Galeries Lafayette Group, told WWD then that the idea was to create a unique, villagelike setting by opening up courtyards that link streets bordering the block.

The project, which is expected to take several years before it will be fully completed, is masterminded by London-based Jamie Fobert Architects, previously responsible for such venues as Selfridges quirky shoe galleries and Versace’s imperial Paris flagship.

“Having just completed the renovation of our flagship store on Rue de Rivoli, the extension of BHV Men will allow us to add to the allure of the Marais district vis-à-vis its local community as well as international visitors,” Nicolas Houzé, ceo of Galeries Lafayette Group’s department store division, said Wednesday.

“This broadening of our men’s offering also confirms our will to respond to a growing demand from our clients within a market that boasts strong potential,” added Houzé.

As reported, the eight-story main unit on Rue de Rivoli amped up its women’s fashion department last summer, giving the floor to a flurry of brands including Helmut Lang, MM6 and Topshop. By reducing difficult sectors such as multimedia and electrical appliances, the fashion surface almost doubled to 19,400 square feet, now featuring 870 brands. An additional 6,500 square feet has been assigned to shoes, while the store’s beauty department counts Marais’ biggest perfumery among its most notable features.

With the advent of the new lifestyle units for men, the store has gained another 9,680 square feet, to reach 37,670 square feet.

Houzé — who said the group invested 35 million euros ($45.2 million at current exchange) in the main building’s facelift over the course of the last two years, which resulted in a 10 percent dent in its annual turnover — estimated that BHV would break even this year and return to the 2012 levels of sales (before the makeover) by 2015.

Separately, and further uptown, Galeries Lafayette’s flagship is hammering away on a new men’s flagship of its own. The unit is slated to open during fall 2015 with “a bigger shoe section, more luxury brands, but also sports and lifestyle,” the executive said.