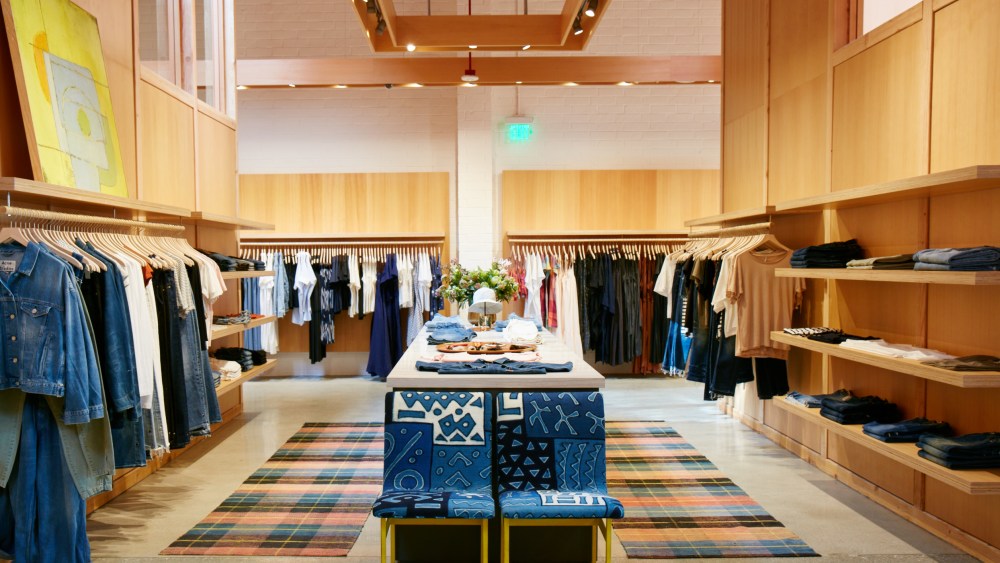 Jen Mankins two-and-a-half years ago said thanks but no thanks to the developers of the ultrahip Platform project in Culver City, Calif.

What the Runyon Group was offering the owner of the Bird Brooklyn boutiques — stocked with designers such as Rachel Comey, Raquel Allegra, Marni and APC — wasn’t quite what Mankins envisioned for herself on the West Coast. Six months later Runyon Group called again, pitching a property just steps away from the main Platform group of tenants. It was a mid-century space of brick and concrete that, in a previous life, was the University of California, Los Angeles, book bindery.

“I [said] ‘Well, that sounds very interesting,’” Mankins said. “So I flew out there two years ago and it was just perfect. It really did sort of click as soon as I got there. It looked like Bird; it felt like Bird. I could very quickly in my mind envision how the store would look.”

Mankins said “yes” and on April 27 celebrates the grand opening of her retail concept’s first West Coast store and also Bird’s largest footprint to date at 5,000 square feet. That’s twice as large as her largest New York store in Williamsburg.

“It felt that we’d have the space to be able to do something more architecturally significant, but then also in terms of merchandising the store and collaborations we could do or pop-up work with furniture designers,” Mankins said. “It leaves a lot of opportunities that we aren’t able to do in New York.”

The Platform Culver City Bird came on the heels of the company’s February opening of the Fort Greene store, located in the former home of the French Garment Cleaners Co. boutique, a space Mankins was eyeing for some time.

“The [store design] vocabulary that we’ve been able to develop over the last 10 years has gotten more developed over that time so I do feel like this [Culver City] store is the most accomplished in terms of the architecture and design details and the culmination of what we learned from all those other projects.”

Norwegian architect Ole Sondresen, who designed the company’s other locations, also took on the Culver City project, which features a garden at the entrance, built-ins made from Douglas fir trees, customer chandeliers from Lindsey Adelman and tiles and ceramics sourced from Commune of Los Angeles and Brooklyn’s Eskayel.

The location places her close enough to Platform’s other tenants — such as Poketo, Aesop, Magasin and a concept shop joint venture between Curve’s Nevena Borissova and Tom Dixon — and yet far enough away (a short crosswalk) to allow for her own branded personality.

“I was really intrigued with the work that they [Runyon Group] were doing,” Mankins said. “I also felt it was really interesting to me: this idea of having landlords who were equally invested in the quality, the caliber and the success of not only your business but the neighboring businesses as well. I’ve opened stores on streets or in neighborhoods that are in the process of developing and changing. You can find a beautiful space, but you and your landlord aren’t in control of anything happening on the street.”

Platform, Mankins said, gives Bird and its fellow co-tenants, a shot at recreating what was once abandoned auto dealerships into a potential new hot spot in a changing retail landscape filled with a number of question marks.

“I don’t presume to have the answers [for retail]. I think I’m going to be as surprised about what happens retail wise in the next 10 years as anybody else,” she said. “On one hand, you have all these articles on the store of the future and these idyllic pictures of the merging of technology and retail. Then you have these retailers who are thriving online and others that don’t have any online business. We’re at this point of extremes of what’s possible and I kind of feel like [Bird is] treading somewhere in the middle. I’m not a [chief technology officer]; I don’t have a cto. We’re not going to be a technology business.”

She’s not opposed to technology, but Mankins said she’s more reliant on being a good merchant and engaging with customers in real life.

Case in point: one of her top customers doesn’t have time to peruse her stores and requests five looks be pulled for her when she visits so she can come in, make her selections and then leave. That’s the way Bird serves up the kind of efficiency others are testing with apps and buy online, pick up in store services.

“What I love about retail and what I don’t see going away any time soon really are merchants selling things and engaging with customers,” Mankins said. “I like that old-fashioned quality.”

For More Coverage of Platform in WWD:

Runyon’s on a Roll