She is to succeed Andrew Keith, who is returning to the U.K. after almost 20 years at the Hong Kong retail group.

Lane Crawford expanded from its Hong Kong base to mainland China.

The new president of Lane Crawford and Joyce has plenty to celebrate — the 170th and 50th anniversaries of those banners, respectively — but also plenty of work ahead.

On Friday, the Hong Kong-based retailer said Celine executive Blondie Tsang would take up the role on Jan. 18, succeeding Andrew Keith, who is leaving on Nov. 6 after a decade in the role.

Like Keith, Tsang will confront one of the most challenging junctures in recent memory for Hong Kong.

The former British colony quickly became the top destination for mainland Chinese shoppers over the last decade and a half. But political unrest over its tenuous relationship with Beijing has deeply divided the city, with protests paralyzing much of retail for months before it was then plunged into lockdown due to COVID-19.

Tsang, who began her career at Lane Crawford in 1992 as assistant buyer of ladies’ shoes and accessories, comes into the role with a reputation as a top merchant and business leader. She reports to Jennifer Woo, chairman and chief executive officer of The Lane Crawford Joyce Group.

Tsang rejoins the group after seven years as managing director of Celine Asia-Pacific, where, according to Woo, she “built an extensive retail and wholesale distribution network, bought back franchise businesses and established new markets from a minimal brand presence with impressive returns.”

After rising to merchandise manager at Lane Crawford, Tsang moved over to Pedder Group and was “integral to the establishment and success” of that sister retail banner, founded in 2003 and dedicated to shoes and leather goods. Her last title there was executive vice president, according to her LinkedIn profile.

Meanwhile, Keith is returning to his family in the U.K. after 25 years in Hong Kong, and demurred when asked about his next move.

Keith joined Lane Crawford in 2001 and also worked his way up from the shop floor.

“Andrew has played an extremely pivotal role in one of the most defining eras of transformation and growth in the histories of both Lane Crawford and Joyce. He was integral to delivering a new vision for Lane Crawford in 2004, defined by Asia’s most extensive fashion portfolio and a new retail experience,” Woo said.

“Andrew has been an inspirational leader to our teams, a great champion of talent and of luxury craftsmanship, a trusted partner and a driver of change within the industry,” she wrote in a company announcement.

During his tenure as president, Keith spearheaded Lane Crawford’s move to omnichannel and led its expansion in mainland China with flagship openings in Shanghai in 2013 and Chengdu in 2014, on top of its original Beijing location.

“At Joyce, he built on the legendary status of one of the world’s first and foremost fashion concept stores, while creating new opportunities through the Joyce Beauty business,” Woo added.

Keith oversaw more than 20 Lane Crawford and Joyce stores. Earlier in his career, he had a job designing men’s sport jackets and suits for Marks & Spencer.

“I don’t have an MBA, and I don’t come from a legal background. I come from products, marketing and selling,” he told WWD in a recent interview. “Clearly, the future of retail and luxury is one where digital and physical are going to continue to fuse, so a fair amount of what we’ve been doing will be immersing people both physically and digitally in the stories that we’d like to share.” 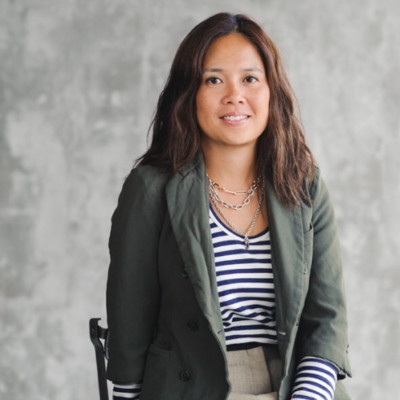 How Hong Kong Can Define Its Next Chapter