Bloomie’s to Offer a Contemporary, Casual Slice of Bloomingdale’s

The new format will debut in the Mosaic District shopping center in Fairfax, Va., on Aug. 26 and carry an "approachable mix" of well-known designers and emerging labels.

The interior of Bloomie's, the scaled-down, specialized version of Bloomingdale's department store.

Bloomie’s will be a scaled-down, specialized version of Bloomingdale’s department stores, with room for new technologies, food and beverage and some categories where the company generally does best — luxury, advanced and contemporary women’s and men’s fashion, accessories and beauty.

The new Bloomie’s concept debuts in the 2 million-square-foot Mosaic District shopping center in Fairfax, Va., on Aug. 26. It’s a test of Bloomingdale’s ability to innovate and a potential template for expansion. Bloomingdale’s executives consider Bloomie’s “a fill-in strategy,” meaning it’s a vehicle for strengthening Bloomingdale’s coverage in markets where it already has full-line stores, providing consumers with an alternative destination to shop, make returns or pick up packages ordered online. Bloomie’s could support the two Bloomingdale’s department stores in the region, in Tysons Corner Center in Tysons Corner, Va., and in Wisconsin Place in Chevy Chase, Md. Macy’s and Bluemercury, another division of Macy’s Inc., also operate stores in the region.

“Our approach to Bloomie’s was unlike any of our other stores,” Tony Spring, chief executive officer of Bloomingdale’s, told WWD. “Our team curated the assortment based on the contemporary and casual nature of the concept, the newest fashion of the season, and the local lifestyle of the customer.
“We were strategic in selecting the right categories and brands, some of which are new to the market, and some are new to Bloomingdale’s overall. That means a distinct selection across price points, from trend-driven denim to designer shoes to luxury fragrances and skin care,” Spring added. “And with our staff of stylists, omni services, restaurant and assortment, Bloomie’s can be their neighborhood store.”

The Bloomie’s nickname for Bloomingdale’s has been around for decades, believed to be first used on ladies underwear as a novelty item. Briefly in the late 1980s, Bloomingdale’s operated “Bloomie’s Express,” a small shop for Bloomingdale’s logo-ed merchandise and travel items in Kennedy International Airport. The format never took off. Still, Bloomingdale’s is commonly referred to as Bloomie’s. “It has always been a term of affection from our loyal customers,” Spring said.

He said the upcoming Bloomie’s will be highly edited and convenient, and will provide the “unexpected.…We’ve been part of the Washington, D.C., metro area community for decades, and we are excited to welcome new and longtime customers to Bloomie’s to be the first to shop this fresh and casual experience.”

The store will carry an “approachable mix” of well-known designers and emerging labels, and “fresh deliveries will arrive multiple times per week,” the company said in a statement. There will be men’s and women’s apparel including contemporary and advanced ready-to-wear, denim, active, intimates, shoes, handbags, beauty and accessories, including eyewear and fine jewelry.

Men’s and women’s activewear will include Adidas by Stella McCartney, Alo Yoga, Koral, Y-3 and Nike. In men’s, there will be apparel, shoes and accessories from Vince, Helmut Lang, Salomon, Barbour and McQ.

Home products such as furniture and mattresses will not be sold because of the space required to display those products.

On the service front, there will be a returns dropbox, in-store and curbside pickup for order made online, personalization, customization and alterations.

Bloomie’s stylists will be equipped with digital selling capabilities, allowing them to access special finds for customers from other Bloomingdale’s stores, and also enabling them to work with bloomingdales.com customers digitally. In fitting rooms, customers can request assistance with the push of a button.

While it’s not exactly an ideal time to open stores due to the pandemic and the continued flight to shopping online, Bloomie’s poses relatively less risk and financial obligations to Macy’s Inc., given its smaller size — though there is some risk to the corporation’s reputation if the new format doesn’t succeed. CEO Spring has told WWD that Bloomingdale’s takes a “cautious, surgical” approach to expansion.

The Bloomie’s concept falls within Macy’s Inc.’s overall three-year “Polaris” strategy centered around closing at least 125 Macy’s stores, streamlining staff, as well as expanding off-price and off-mall retail concepts, namely Market by Macy’s, a specialty concept with two locations in Texas, and Backstage, the multiunit off-price division of Macy’s. Bloomingdale’s has also been rolling out Bloomingdales the Outlet. 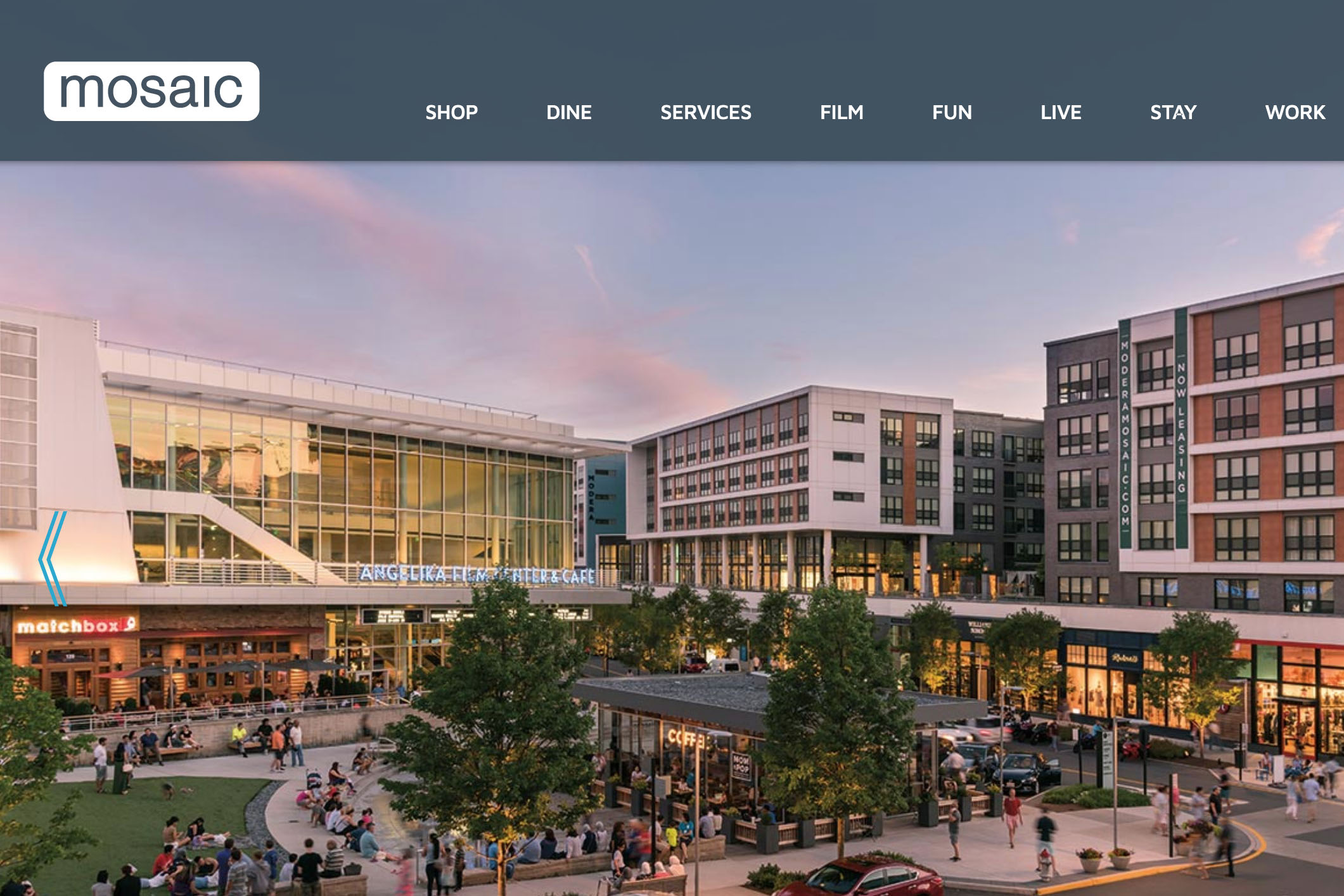 Bloomie’s will open in the Mosaic District lifestyle center near Washington, D.C.

The last Bloomingdale’s department store to open was a three-level, 150,000-square-foot unit in the Westfield Valley Fair shopping center in San Jose, Calif., in March 2020. In 2019, Bloomingdale’s generated $3 billion in volume.

The Bloomie’s concept is reminiscent of the Nordstrom Local concept launched over three years ago in the L.A. market, where there are five Nordstrom Locals operating. There are also two Nordstrom Local units operating in Manhattan. However, Nordstrom Local is for service, and are much smaller than the Bloomie’s prototype. Nordstrom executives have characterized Nordstrom Local as “a convenient service hub located in neighborhoods where Nordstrom customers live and work,” so trips to actual Nordstrom stores farther away can be avoided. Nordstrom Local provides such services as order pickups, returns, alterations, stylists for wardrobe consulting and gift wrapping. They’re not mini-versions of Nordstrom stores and there’s no merchandise displayed, aside from a handful of items in the back of the store by a touch-screen for online shopping, or what Nordstrom stylists have gathered to show clients coming in. It’s also a piece of Nordstrom’s overall strategy to get closer to customers, get them more engaged, provide faster deliveries and more seamless shopping experiences, channel to channel. Bloomie’s would have these objectives as well, while also seeking to sell merchandise. 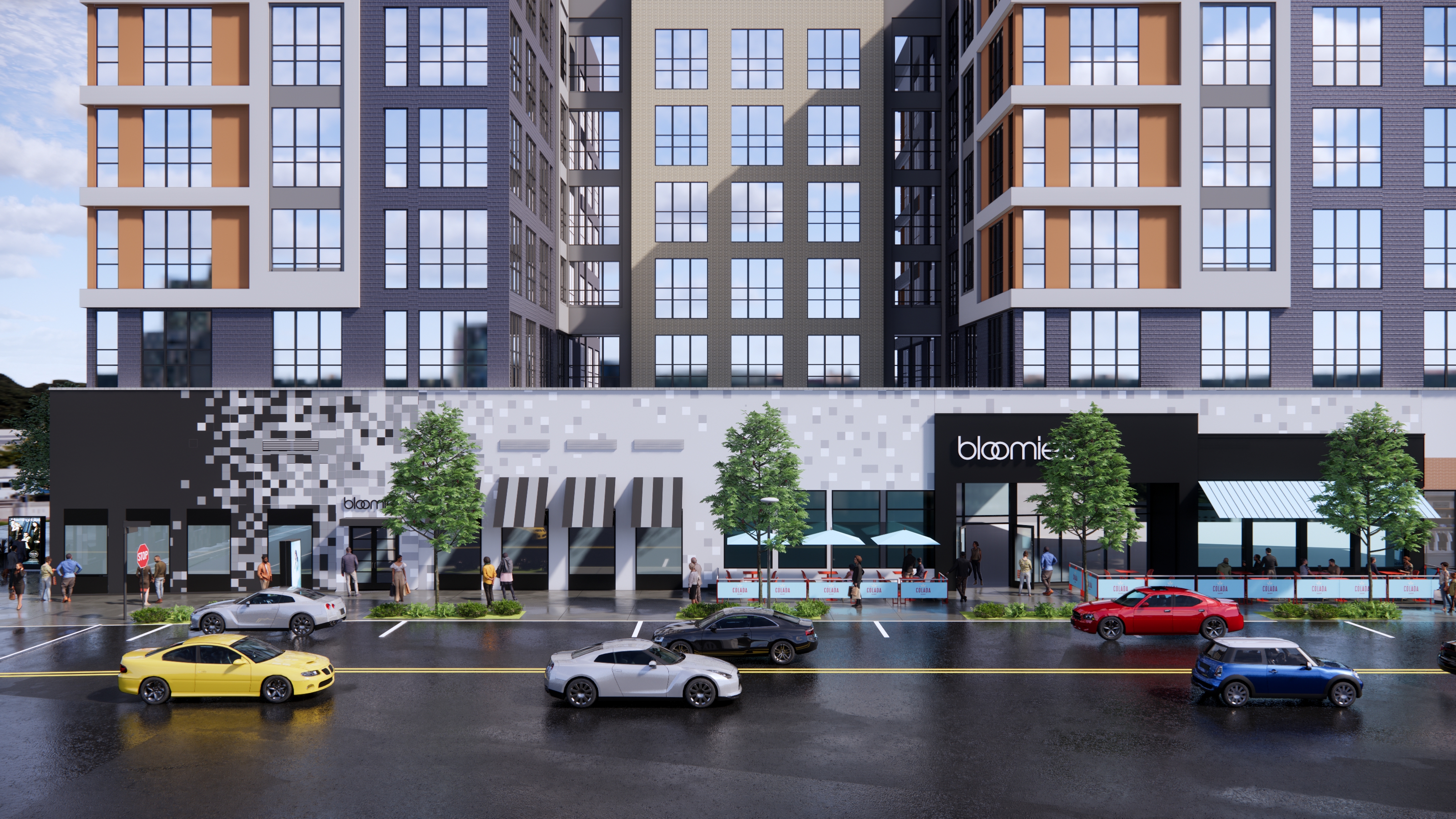