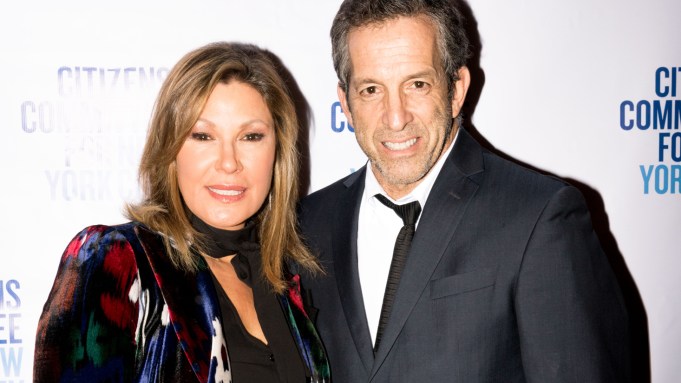 Bloomingdale’s considers itself “a neighborhood store” that transcends its trendy Upper East Side orientation with a civic side. The retailer supports the Citizens Committee for New York City, which improves conditions in neighborhoods, mostly poor ones, by forming farmers’ markets, growing food and community gardens, removing graffiti, having murals painted and fighting unfair housing practices, among other activities.

“This is a great grassroots, low-key organization simply focused on improving the quality of life for the citizens of New York,” said Tony Spring, chairman and chief executive officer of Bloomingdale’s, which was honored Monday night at a benefit for the CCNYC at Gotham Hall. Nearly 500 people attended, raising about $1 million.

“Over the past five years, we’ve had 275 volunteers, working on 23 gardens around Manhattan,” Spring said. Bloomingdale’s also donates to CCNYC.

“We’re not big. Our groups are small,” said Peter Kostmayer, ceo of CCNYC, referring to the block and civic associations and gardening groups CCNYC works with. Typically, groups receive grants from $500 to $3,000 to complete a project within a year.

Inspiring performances by the Pipes & Drums of the Emerald Society of the NYPD, and Statement Arts, a not-for-profit organization bringing creative, visual and performing arts to the underserved, said the tone.

Addressing the crowd, Bosland, not quite comfortable at the podium, said, “I’ve been in some horrifying situations. This has got to be the scariest moment in my career.” He quickly passed the microphone over to Ford, who said the knowledge that police have of the needs of communities and the positive impact they have “can’t be overstated, especially with youth.” Kostmayer of CCNYC said when Ford first visited a class at P.S. 483, The Matilda Avenue School, in the Bronx, the students were asked if they feared the police. “Every kid raised their hands. Now when he goes back, they hug him.”