A look from the Paul Smith capsule collection for Bloomingdale's.

In a normal, non-coronavirus year, Bloomingdale’s would host some 500 events at its 59th Street store — more than one a day.

But with the pandemic forcing stores to close for months and shoppers reluctant to return when they did reopen, it required the marketing team to come up with an alternative. In the case of Bloomingdale’s, it’s called On Screen, a series of virtual events that are intended to mimic the “buzz and animation” the in-store events had evoked among customers, according to Kevin Harter, vice president of integrated marketing and the fashion office.

“We had to quickly adapt this spring based on the environment and customer needs,” he said. “We knew the customer couldn’t come in and congregate so we wanted to find ways to translate [our events] to a more-digital experience.” 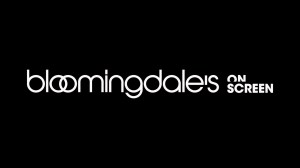 Bloomingdale’s On Screen series has been running since August.

The On Screen series kicked off in August and some one to two events are being held each week, Harter said. Among the events so far were a cooking demonstration where chef Antoni Porowski prepared a dish inspired by his latest capsule collection with J Brand; a Charlotte Tilbury masterclass; a comedy show that served as the kickoff event for the store’s Give Pink campaign; a “Knock Out Breast Cancer” fitness series with Rumble Boxing, and an exclusive preview of the David Yurman Lexington collection.

Harter said the majority of the events have been successful. “The customers have found them fun and engaging. And we’re doing some business. The David Yurman virtual trunk show had great results.”

Around 80 percent of the events are limited to the store’s top customers. When shoppers on this “curated list” express interest in participating, he explained, they are sent a package in advance that they can use during the event. For example, 15 couples were invited to a cooking class at the Baccarat Hotel with two-star Michelin chef Gabriel Kreuther and they received the ingredients, along with Champagne and Baccarat crystal glasses. After joining in the demonstration from their homes, some of the customers loved the glasses so much, they logged on and bought another four pieces of stemware so they had a set of six, Harter said.

The other 20 percent of the events are more inclusive and offered to a larger audience. That includes the beauty tutorials and makeup lessons where 800 RSVPs a day are not uncommon.

“Our goal is to have people come into the flagship or buy online,” he said. “We want to treat our top customers to something and keep in touch. A lot of them have returned, but this is a friendly reminder that we still care about them and we’re giving them access to events we always have. It’s a great way to nurture the relationship.”

He said On Screen also allows customers who are not in New York to share the same experiences as those able to physically visit the flagship.

Even when Bloomingdale’s is able to return to hosting in-store events, Harter said he expects On Screen to continue. “It will be part of a hybrid event strategy going forward,” he said.

The most recent event was with U.K. designer Sir Paul Smith. who visited with Justin Berkowitz, Bloomingdale’s men’s fashion director, and Nick Sullivan, creative director of Esquire, from his office in Covent Garden in London on Thursday afternoon. 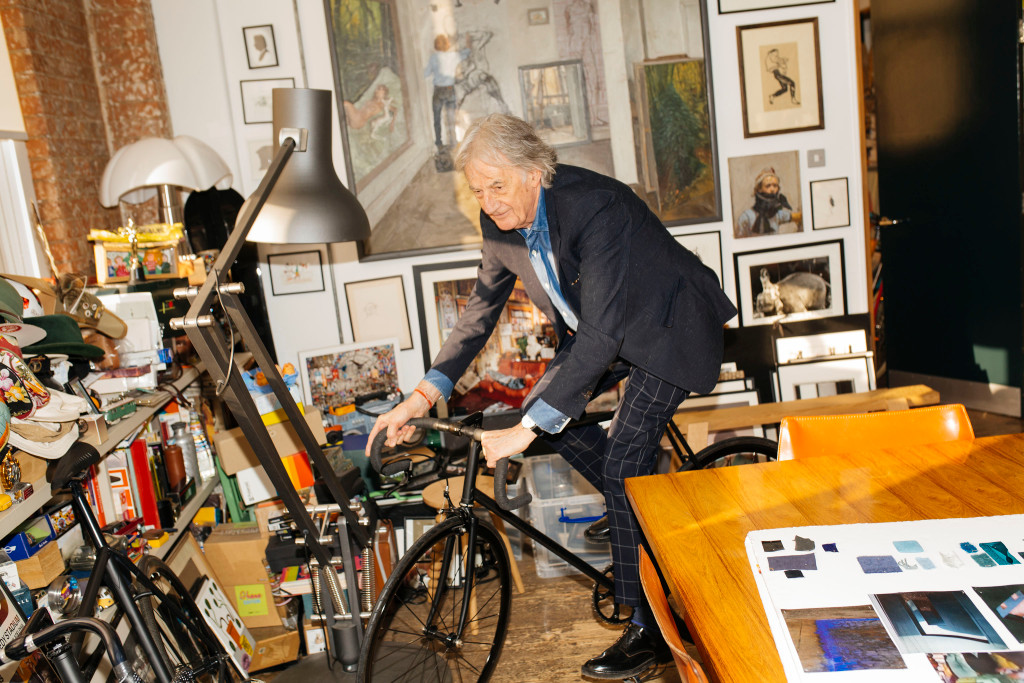 Paul Smith at his studio in London.  Kuba Dabrowski/WWD

The program was intended to commemorate Smith’s 50th anniversary in business and the publication of a memoir. In celebration of the milestone, Bloomingdale’s also installed a pop-up shop at its 59th Street store and worked with Smith on a special anniversary capsule collection. As part of the On Screen series, customers invited to the Paul Smith conversation received a signed copy of the book in advance along with a pair of socks.

With his famously cluttered office as the backdrop, Smith started the conversation by joking that he’d “tidied up a bit” in anticipation of the event. Hardly, since the memorabilia was still stacked high throughout the room. Hard as it would seem to find anything in that jumble, Smith was able to quickly put his hands on several bicycle jerseys as he related that he had hoped to become a professional cyclist in his teens before a serious accident ended that dream and put him in the hospital for three months. “Sadly, I had a bad crash, but not so sadly, it developed my creativity.”

Although a career on two wheels was not to be, Smith said his time in the saddle taught him some valuable lessons that he has retained to this day. “It taught me camaraderie and teamwork,” he said, adding that today, his privately held business employs some 200 people at the headquarters alone. All told, there are more than 1,000 employees and the company has annual sales of 215 million pounds and a profit of nearly 4 million pounds last year.

His love of cycling has also influenced his famous use of color. Holding up signed jerseys from Tour de France winner Chris Froome and other professional cyclists, including Fausto Coppi and Bernard Hinault, he said that the brightly colored jerseys, including Coppi’s wool version — “They used to ride in wool sweaters,” he said, adding that they got “wet and heavy” — were a part of his inspiration when he made the switch from athletics into design.

Smith then showed off his art wall, chock full of photographs, sketches and other pieces. Among his favorites, he said, is the sketch of the “last smoking jacket suit” that Yves Saint Laurent ever made, as well as a painting by a Paul Smith scholar.

“I’m not really a collector,” he said, “I just have a lot of things that are the same.”

That tongue-in-cheek humor has become a hallmark of the designer, who said he learned his sense of humor from his father, who was always able to make people laugh and break the ice in otherwise uncomfortable situations.

Smith also showed off pieces from his collections of dog and rabbit memorabilia, including one stuffed dog that managed to make its way to him from the U.S. with just his name and some stamps on it. He also revealed that he now has “80 cartons of rabbits” since it’s become well known that he considers rabbits good luck. Although most are gifts from fans, his wife Pauline also gives him a rabbit before every show. “I should have said diamonds were good luck for me,” Smith said with a laugh.

He said while his office is a hodgepodge of items, the conference room table in the room is always empty so the design team has a fresh slate before working on the next collection. “There are no starting points,” he said. But with such a bevy of pieces to draw from, including books of textiles from 1850 to 1974, he’ll often grab an item that will spark a conversation and within a half hour, the season’s inspiration has been established.

Like his office, Smith said the 50th anniversary book, which is intentionally lighter than the traditional coffeetable tome, is also a mix of 50 seemingly unrelated objects that have set the tone for Smith over the years. “If it was neat and tidy, it wouldn’t be a representation of me,” he said. So rather than rehashing pictures of fashion shows over the years, he selected items that are important to his creative process and wrote an essay on each.

That includes a Kodak Retinette film camera from the Fifties — a gift from his father — that actually taught him to “look and see” because it had a viewfinder. “That was the birth of being creative,” he writes in the book.

Although Smith’s beginnings are well established after a half-century in business — he opened a tiny shop in Nottingham with 600 pounds of savings — it was his first show in Paris in 1978 that put him on the map.

Calling it the “turning point” to his career, Smith said he borrowed a friend’s apartment for the show, brought his own music and speakers. “It was the only fashion show you had to ring the doorbell to get into,” he said. “But I would love to go back to that.”