Chanel Gets New Look at Bloomingdale’s

The new, larger boutique was celebrated last week with a cocktail party.

By David Moin and Matthew Lynch on January 31, 2013
View Slideshow 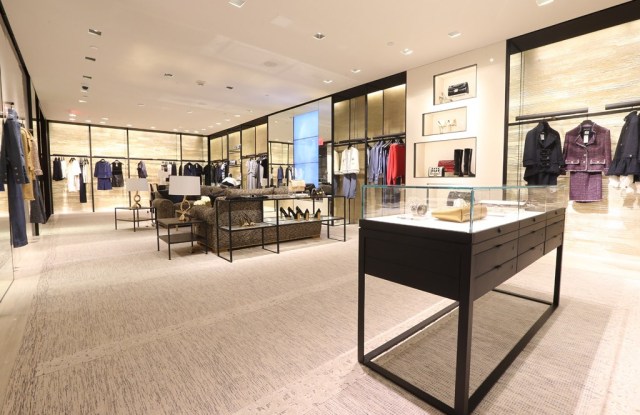 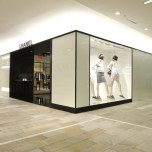 NEW YORK — Bloomingdale’s often updates and renovates its shops and selling floors. But with the Chanel boutique on the fourth floor of the 59th Street flagship, the retailer went the extra yard.

“It was a complete tear down and brand-new build,” said Jack Hruska, Bloomingdale’s executive vice president of creative services. “It’s our most luxurious shop.”

Bloomingdale’s new Chanel boutique was celebrated last week with a cocktail party and a strong contingent of reps from the department store and the fashion house, and socials, including Christine Mack, Dori Cooperman, Brooke Garber Neidich and Lori Hall. The crowd perused the spring collection and spilled out the door into the adjoining floor space, champagne flutes in hand. The party also aimed to raise the profile of children’s mental-health initiative, The Child Mind Institute.

Chanel has a wider store front, two rooms instead of one previously, 300 additional square feet bringing the total to 2,000, and an overall sumptuous, comfortable feel. “The finishes are beautiful and exquisite. The walls are all hand-finished,” Hruska said. “And now we have three luxurious fitting rooms, including one with its own lounge. The space seems much bigger even though we didn’t make it that much bigger. It also incorporates more accessories than before.” Peter Marino Architect redesigned the shop, working with Bloomingdale’s and Chanel.

“There will be more happening on the fourth floor,” which sells designers. “Armani is currently being redone,” Hruska said.